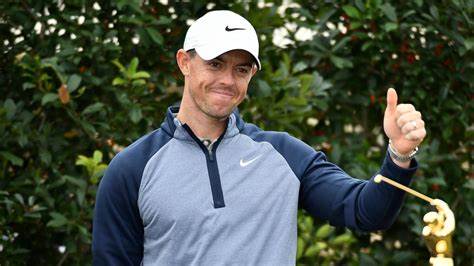 For too long, the European Tour has been the poor, money-strapped cousin of the PGA Tour.

DP World has made an historic move that will change the European Tour forever and it will start with the name.  The European Tour is no more starting in 2022.  It will be known as the DP World Tour.  DP  World is an Emirata multi-national logistics corporation based in Dubai and the CEO is Sultan Ahmed bin Selayem.  The company is a specialist in cargo logistics, port terminal operations, maritime services and free trade zones.  In other words — it is HUGE.

DP World was already invested in the European Tour.  The year-end finale is the DP World Tour Championship and the year-long points chase, the equivalent of the PGA Tour’s FedEx Cup race, is appropriately called The Race To Dubai.

The rebranding better defines the European Tour, which has branched out in many other countries outside Europe.  In all, there are 47 tournaments in 27 different countries and there will be new events in the United Arab Emirates, Japan, South Africa and Belgium.  The prize-rich Rolex Series is expanding to included five events — Abu Dhabi HSBC Championship, the Dubai Desert Classic, the Genesis Scottish Open the BMW PGA Championship and next week’s DP World Championship.

The alliance will also have three tournaments co-sanctioned with the PGA Tour — the Scottish Open, Barbasol and Barracuda Championship as part of the strategic alliance that was previously made with the PGA Tour.

The year 2022 is significant for both the former European Tour and DP World — both came into existence in 1972 — both have been around 50 years.  Main difference is that the European Tour has typically always been strapped for cash while DP World creates cash by the boat load.

The added prize money also accomplishes something big for both the DP World Tour and the PGA Tour.  It has padded the defense wall against the proposed Saudi Premier Golf League.

Now the European Tour has enough clout to join PGA Tour Commish Jay Monahan (aka The Sheriff Of Nottingham) with that “them or us” ultimatum.

Truth be known, it’s got to be a giant relief that DP World, a Dubai company, came up with the money rather than the Saudis.

Rory McIlroy, one of the prime faces of the European Tour, said the deal “was great news for global golf.”

Tommy Fleetwood, a full-time star on the now DP World Tour, said the money provides “stability and excitement” for its members.

Along with the players, you can bet the now DP World Tour chief exec — Keith Pelley — is a happy guy.

The forerunner of the now DP World Tour will always be the European Tour — the Tour that the late Seve Ballesteros brought to the world.  “We will always remember our heritage,” Pelley said.  “And (we remember) those who have gone before us who helped us shape our tour — but we also rejoice in our global footprint.”

They can also rejoice over that $200 million.

Thank-you DP World.  Glad it was you and not the Saudis.

Perhaps Federal Express should follow DP World and insist that the PGA Tour change its name to — The FedEx Tour.