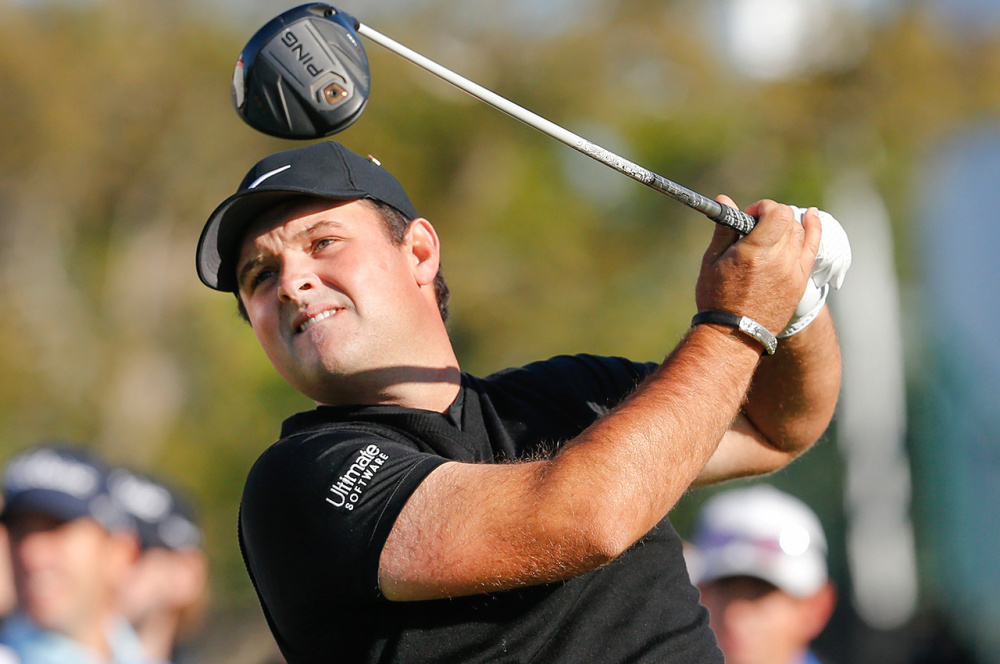 Captain Controversy is back.

There was a different leader after every round.

Rory McIlroy led after day one, but his putter decided to go on vacation the rest of the way.

Bryson DeChambeau started making every putt he looked at and led at the halfway mark.

Justin Thomas emerged as the 54-hole leader after a Saturday 65 but his driver took Sunday off.

It wasn’t until the 70th hole of the final round that Reed’s name went by itself to the top of the scoreboard.

This one started as a six-man Battle Royal with Thomas, Reed, McIlroy, DeChambeau, Jon Rahm and Erik van Rooyen in the thick of it.  With nine holes to play, Reed, Rahm and van Rooyen were at 15-under par while Thomas, McIlroy and DeChambeau were at 14.  The table was set for a mad dash to the finish line but a sequence of events took out most of those contenders.

DeChambeau appeared to take control after he made birdies at nine, 10, 11 and 12 to get to 17-under.  He’d add another at 14 and was looking like the winner despite a three-putt par at the first hole and another three-putt for bogey at eight.

Thomas quickly fell from contention thanks to wild drives.  His demise began with a water ball at the par three seventh followed by another bogey at eight then a double at 10.  His hopes were gone at that point.

Reed looked like an after-thought until he went on a birdie run starting at the easy par five 15th.  He stuffed his second at 16 to three feet to tie DeChambeau, who was in the group ahead.

The turning point would come at 17.  That’s where DeChambeau once again three-putted, this time from 63 feet.  On the same green, Reed buried a birdie putt from just inside 18 feet that would prove the winner.

DeChambeau finished with 65, even with the those three-putts.  But 17-under wasn’t enough.  A wild drive by Reed at 18 forced him to punch into the fairway.  He cruised his third from 151 yards out to 34 feet then two-putted for a closing 67 and the one-shot win.

Rahm and van Rooyen were three back at 15-under and once again, Rory McIlroy nabbed a top five finish despite a putter that didn’t cooperate for 54 holes.

Reed continues to be a center of controversy on tour.  Earlier in the week, former CBS on-course commentator Peter Kostis went on the record to say that he’d seen Reed improve his lie in two separate PGA Tour events.

Kostis wasn’t the only one.  Earlier last week Brooks Koepka, who skipped this week’s event, took a shot at Reed as well.

Apparently Reed has become skilled at letting everything run off his back like a duck in water.

“It’s very rewarding,” Reed said after he holed the winning putt.  “My team has worked so hard.  That last hole was ugly (18th) but it was what was needed to get the job done.”

Give the tour’s villain credit.

He got the job done when no one else could.