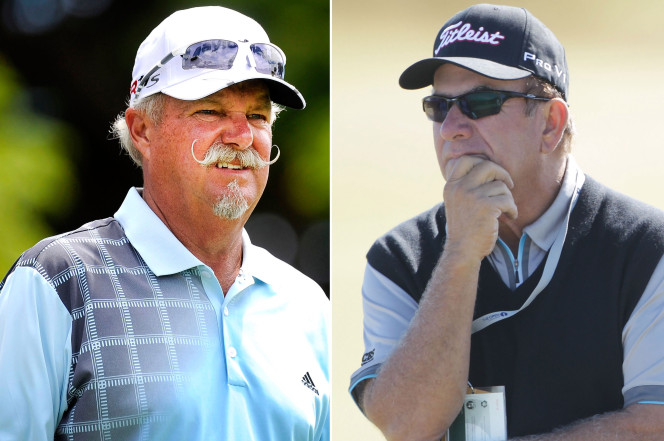 Gary McCord (71) and Peter Kostis (72) won't have their contracts renewed.

Two long-time veterans of the  CBS  golf broadcast team are soon to be gone.

Gary McCord and Peter Kostis will not have their contracts renewed by the network for the 2020 season.

Stunning news considering that the two have been popular fixtures at CBS.

A CBS henchmen confirmed the departures in a prepared release:

“Gary and Peter have been an important part of our golf coverage for three decades. They were both outstanding teammates and we thank them for their significant contributions throughout the years. We wish them both all the best.”

Could just have well said:  “Don’t let the door smack you in the butts on your way out.”

Sean McManus, the chairman of CBS Sports, per reports, told Gary McCord that the network’s golf coverage was getting “stale, and we want to go in a different direction.”

To which, McCord, quickly quipped:  “I’ve been called a lot of things, but ‘stale’ is not one of them.  I am very surprised at what happened.  Totally unexpected.”

McCord joined the PGA Tour as a player in the 1970s and spent 13 years out there.

As a broadcaster, he gained notoriety when the collared shirts at Augusta National demand he be banned from the Masters broadcast team after 1995, when he joked that they used bikini wax on the greens.

Kostis, 72, joined the team in 1992.  He started two years before that with USA network and eventually moved up to CBS.

He was primarily an on-course foot-soldier and won an Emmy for his analysis and break downs of player swings in slow motion.

So basically, what it totally looks like is CBS getting rid of two guys over 70.