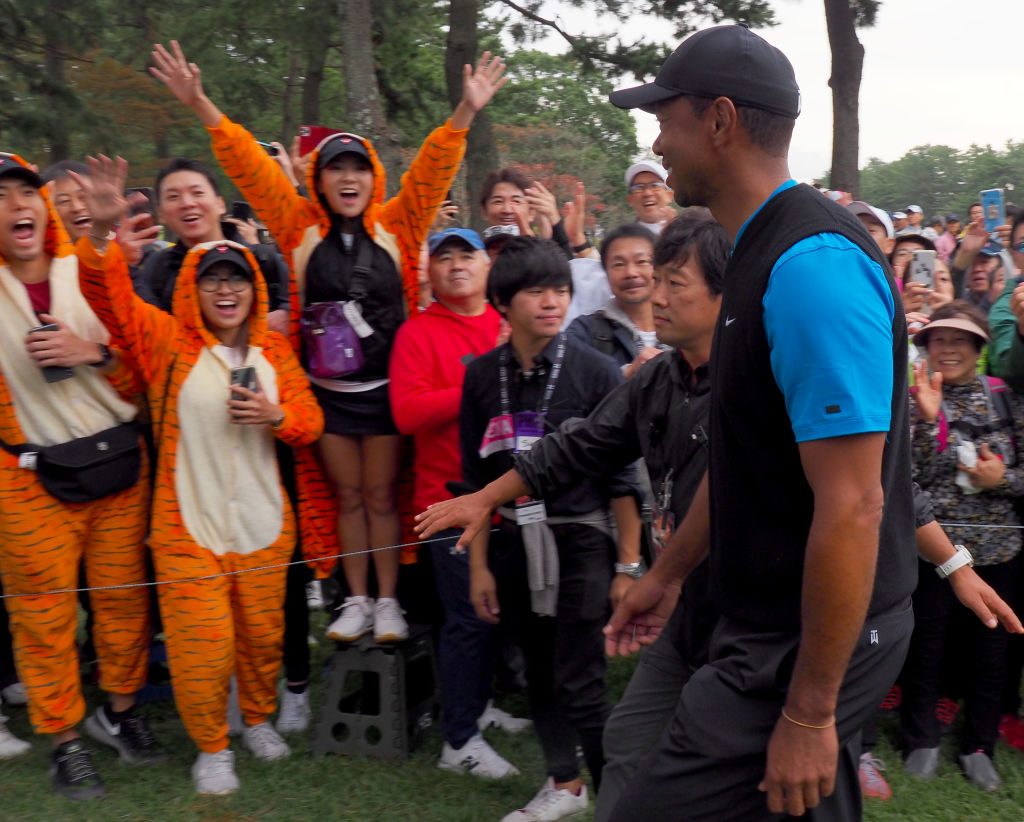 They went nuts for Tiger Woods in Japan and he responded with his 82nd victory.

Woods did it early on a Monday morning in Japan at the Narashino Golf Club.

Darkness extended the tournament to a Monday finish and Tiger had just seven holes left to play with a cozy three-shot advantage over home-country favorite Hideki Matsuyama.

A limited crowd of 4,000 was allowed on the course and the bulk followed the last two groups — Matsuyama played just ahead of Woods in the next-to-last group.

Tiger gave Matsuyama a small opening when his second into the par four 12th came up short in a deep bunker.  He failed to get up-and-down for par but up ahead, Matsuyama missed a short birdie putt at the par five 14th while Woods later converted his own on that hole to clear the path for the record-tying victory.

Another birdie at 18 and Woods closed with 67 to shoot 19-under, three clear of Matsuyama.

“This was a lot closer than people probably thought,” said a smiling Woods after his second win of 2019.  “Eighty-two?  It’s just crazy.  It’s been a long week, it was definitely stressful.”

Woods looked back on his career and the soon-to-be 44-year-old, admitted he can do things he used to do on a golf course.  “I can’t physically do what I used to do.  I can still manage my way around a golf course.”

Chances are good that Woods will name himself as a playing captain in the upcoming President’s Cup.

This was also the first official PGA Tour event in Japan and Tiger is $1.8 million richer and pushed his career tour winnings past $121 million.

It was his first appearance since undergoing another knee procedure and Tiger set the stage for a wide-open 2020.