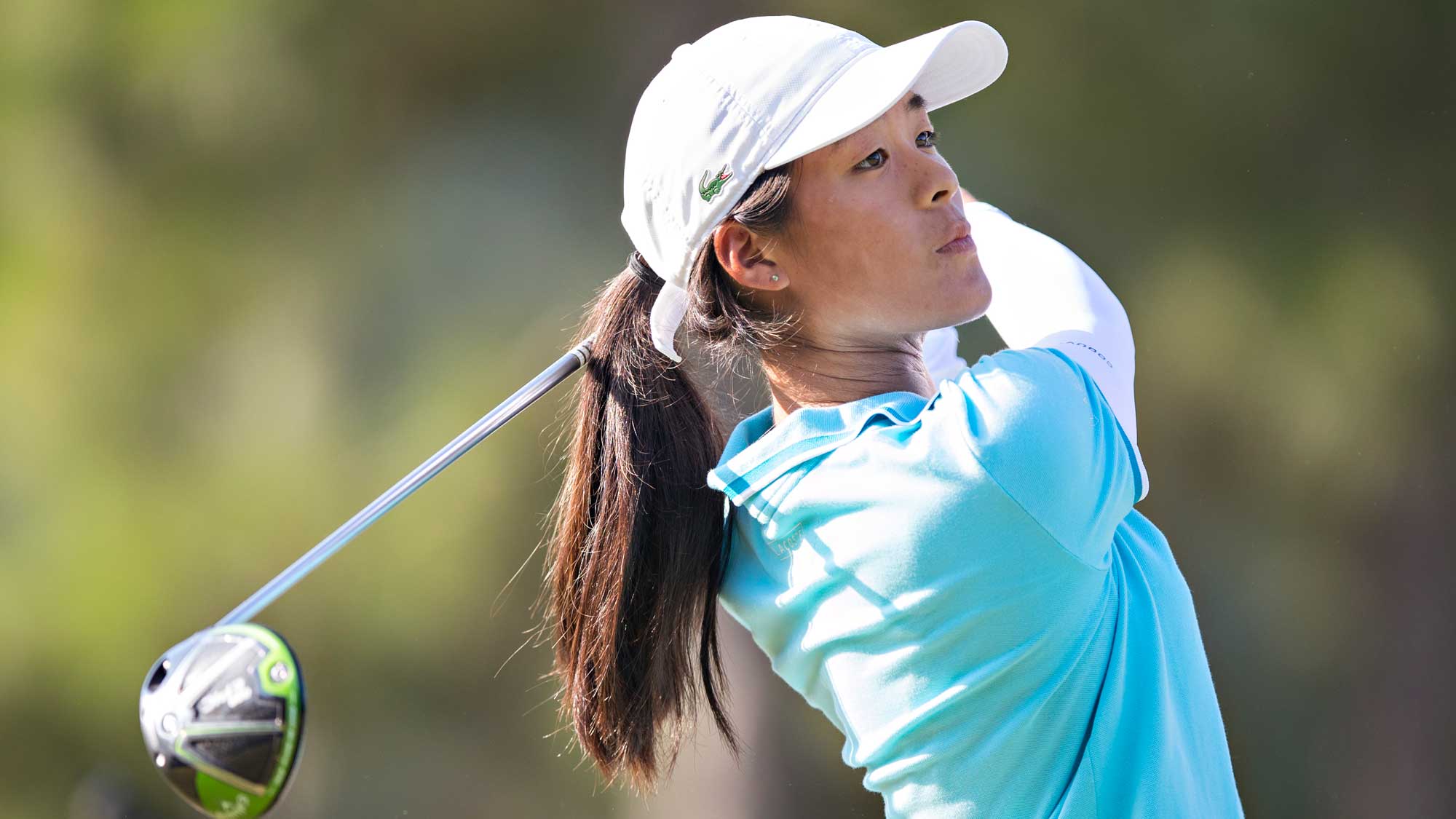 Celine Boutier is after what would be her biggest career victory.

Former Duke star Celine Boutier has had modest success on the LPGA Tour — she’s won twice but now she’s in position for a massive victory at the CME Group Tour Championship.

Boutier, winner of the ShopRite Classic in October, handled the winds that came up on Friday at Tiburon and fashioned a second straight 65 that put her a whopping 14-under par at the halfway mark, four shots better than a trio of contenders.

“I think I have to keep doing what I’ve been doing,” Boutier said when asked what her game plan was for the final 36 holes.  Good plan.  It’s worked so far as she’s looking for her third LPGA Tour win, her biggest, one that would net her $1.5 million and the Race To The CME Globe title.

World No. 1 Nelly Korda will go into the weekend five shots back of Boutier after adding a 69 to her opening 66.  She’s got company at nine-under includnig Georgia Hall, Eun-Hee Ji and first round leader Jeongeun Lee6.  Lee6 opened with 64 was struggled down the stretch Friday and finished with 71.

Jin Young Ko, the world’s No. 2 who is locked in a battle for Player Of The Year honors with Korda, shot 67 and is eight-under.