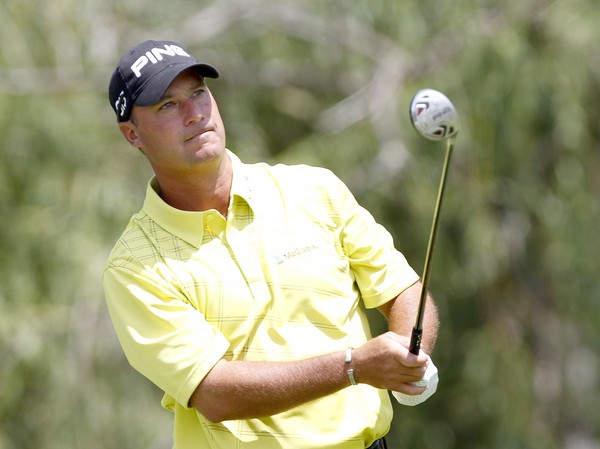 The firestorm around Reed began at the Presidents Cup and continued late Sunday with the “Cheater!” scream that came from the stands after Reed struck his eight-foot birdie putt on the third playoff hole with Justin Thomas at the Tournament of Champions.

DiMarco has taken to Twitter to hammer Reed’s rule-bending and denials thereof.

Per DiMarco on Twitter-sphere:

“Always excuses.  Just say you cheated and you got beat.”

DiMarco’s third tweet referred to Reed claiming he was “gusted” when he missed that eight-footer for birdie that basically opened the door for Justin Thomas’ 12th career victory.

DiMarco also added a bit about integrity among players:

“Cheating in golf stays forever.  It’s not like holding in football.  Integrity is all you have in golf.”

Every major outlet is weighing in on the hot mess that is Reed in denial.

In fact, The Sheriff Of Nottingham (aka PGA Tour commish Jay Monahan) is also in denial, saying he is buying what Patrick Reed is selling:

“Golf is a game of honor and integrity, and you’ve heard from Patrick.  I’ve had an opportunity to talk to Patrick at length, and I believe Patrick when he says that (he) did not intentionally improve (his) lie. And so you go back to that moment, and the conversation that he had with Slugger (Carlton White), and the fact that a violation was applied and he agreed to it and they signed his card and he moved on. To me that was the end of the matter.”

What the Sheriff Of Nottingham (aka Jay Monahan) doesn’t realize is that was just the beginning.  Reed is in denial, Monahan is desperately trying to protect his product but in the process, has become a Reed-enabler.

No, that was not the end of the matter as proven at the Presidents Cup and again at the Tournament Of Champions last week.

There are even suggestions out there that Reed is in need of a serious intervention.

But don’t look for it to come from within.