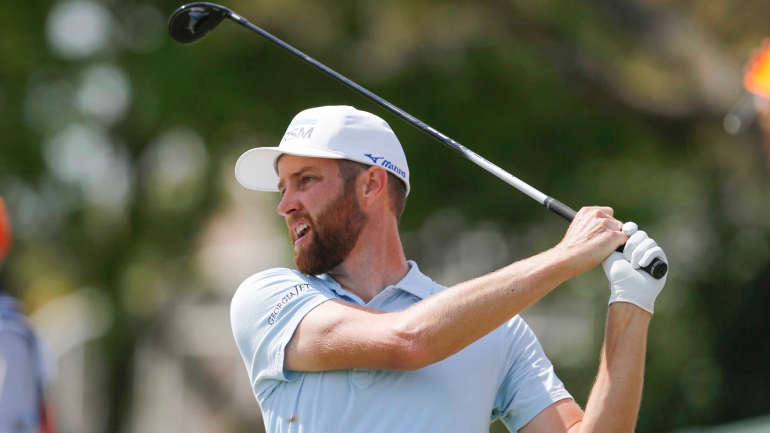 Chris Kirk was first alternate at the RSM but didn't get in.

Chris Kirk On The Comeback After Treatment for Alcoholism

In May of 2019 Chris Kirk found himself in a dark place, overtaken by his battles with alcohol and depression.

He got help, stepped away from the PGA Tour and worked his way to sobriety.  He missed seven monthly of competition on the PGA Tour.  The last three months, he spent time with his family, left his clubs in the corner.

Kirk was first alternate at the RSM Classic but with no one dropping out, he didn’t get in.  He decided he needed work so he entered the Korn Ferry event  — the King and Bear Classic.  On Saturday, he emerged from a low-scoring shootout to get his first win in more than five years.

Kirk took advantage of a wholesale collapse by 54-hole leader Vince India and shot a final round 67.  He posted 26-under par, a shot better than Justin Lower.  India, who shot 62 in the final round and was 25-under through 54 holes, had a final round 76 that dropped him all the way into a tie for sixth at 21-under.

“I’m hoping that some of the shots I hit down the stretch today will give me a bit more of that when I return to the PGA Tour, because I know my good is plenty good enough,” Kirk said after his victory. “It’s just a matter of seeing it and feeling it, and having some of that momentum carry over.”

Michelle Wie and husband Johnnie West are the proud parents of a bouncing baby girl.

Wie put out the news on Saturday that she and her hubby welcomed Makenna Kamalei Yoona West.

Rory McIlroy Not A Fan Of Harbour Town Golf Links:

It wasn’t a great week for Rory McIlroy at the RBC Heritage.

The world No. 1 struggled on Thursday to a one-over par 72 and needed a second-round 65 just to make the cut. He shot 66-70 over the weekend and tied for 41st,  his worst finish on the PGA Tour since the WGC-HSBC Champions in October of 2018.

“Once I got here and I played the golf course, I sort of remembered why I haven’t been here for a while,” said McIlroy, who had only played Harbour Town once before this week, tying for 58th in 2009. “It’s tough. Like it’s a lovely place. There’s other courses on Tour that probably fit my game a little bit better, and obviously the week after the Masters is always a tough one.”