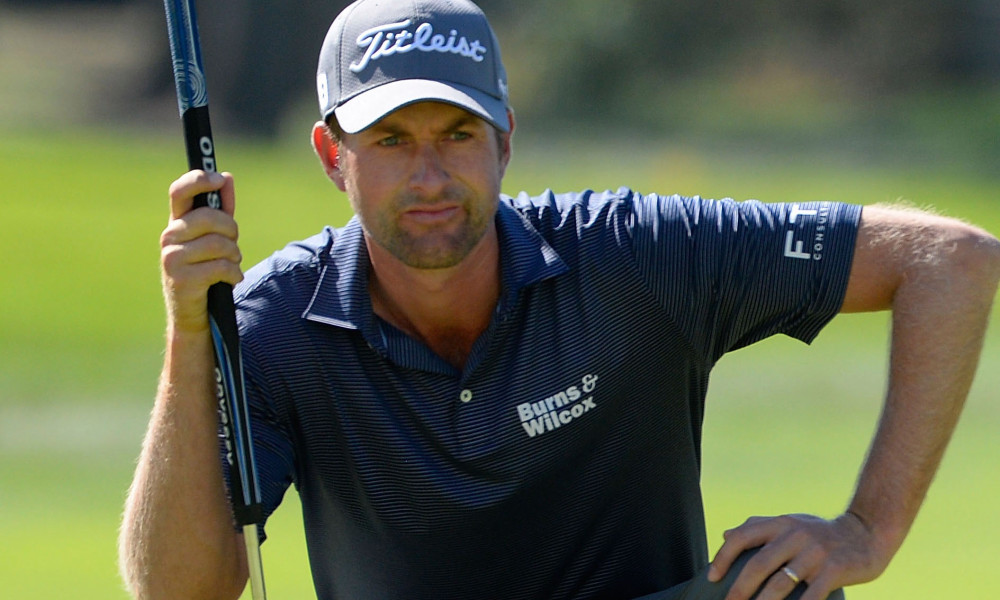 Webb Simpson has back-to-back 65s on his scorecard.

Webb Simpson missed the cut last week at Colonial but he’s firing on all cylinders at Harbour Town Golf Links.

Simpson is the 36-hole leader at the RSM Classic, thanks to a second straight 65 on Friday that got him to 12-under par.  Simpson went out early in the morning wave when conditions were perfect.  As the day went on, the breezes came up with thunderstorms forming to the west of Hilton Head Island.  Play was stopped late in the afternoon with lightning moving into the area.

There’s plenty of talent lined up behind Simpson.

Bryson DeChambeau fired 67 and was in at 11 under, tied with Canadian Corey Conners, who shot the day’s best round — an eight-under par 63.

Ryan Palmer’s 67 left him the only player at 10-under.  Brooks Koepka had a chance to join him but Kopeka three-putted the 18th green for a bogey.  Still, he 66 and will start the third round just three back of Simpson.

World No. 5 Dustin Johnson got into the hunt with 66.  He’s in at eight-under.

World’s No. 1 Rory McIlroy, who was off on Thursday, got his game going on Friday and shot 65.  He needed it to make the cut, which came at four-under par.  McIlroy’s effort got him to five-under and left him tied for 41st.

Jordan Spieth, who was a shot off the lead on Thursday, struggled once again.  Spieth birdied 15 and 17 to shoot one-under and is in at six-under.

Rickie Fowler was one of the big names to go home early.  Fowler finished at three-under and missed back-to-back cuts for the first time since 2016.  Patrick Reed’s even par effort wasn’t good enough and Xander Schauffele is on the bubble.  He’s three-under with two holes to play but has the easy ninth hole in front of him.