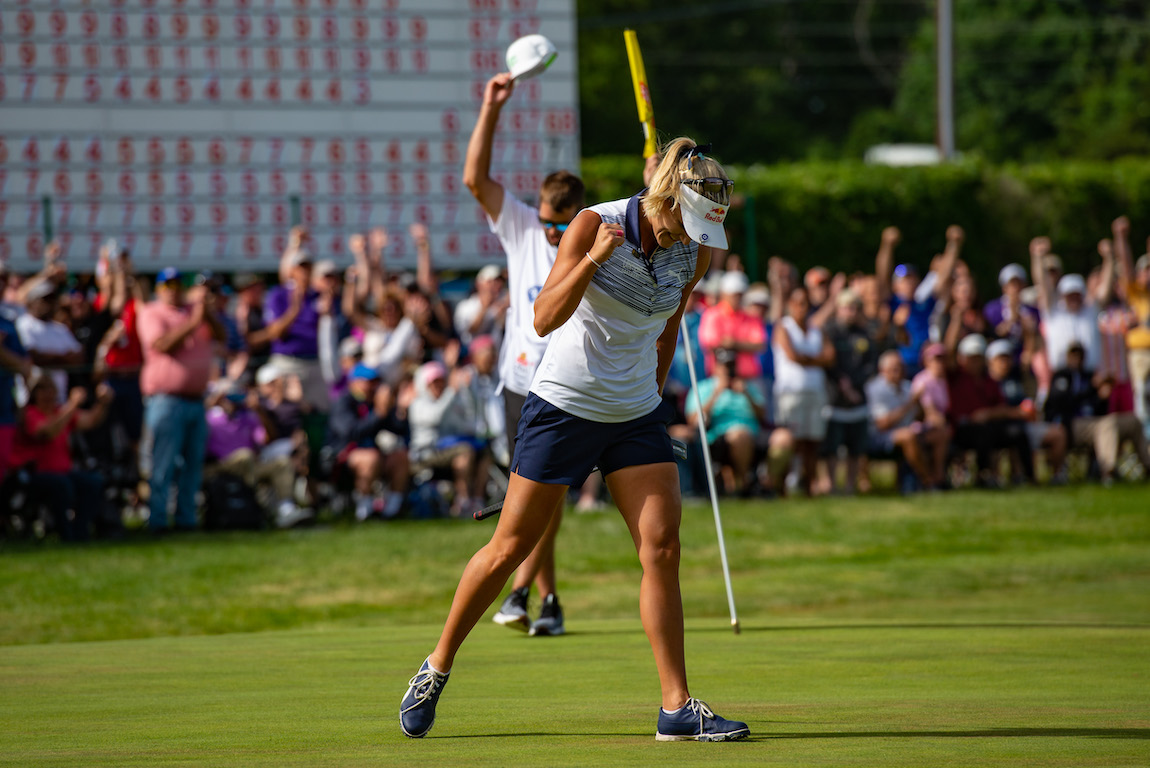 On Sunday at the Jersey Shore, Lexi turned the tables at the ShopRite Classic.

Thompson found herself locked in a battle with Lee6, who won the U.S. Open in Charleston last Sunday.

Lee6 looked to be on her way to a second-straight victory until she suffered three straight back-nine bogeys starting at the 13th hole.  She opened the door for Thompson and Thompson surged.

Lexi hit her approach within four feet at the par four 16th to get 10-under and stayed there until she reached the tee box at the par five 18th, playing downwind.

Thompson, who feasted on the par fives at the Seaview Golf Club, launched a trademark big drive but found the left rough.

That shot stopped just inside 20 feet and with Lee6 making birdie at 16 to get back to 10-under, Lexi lined up her left-to-right putt.  She hit it perfect and it tracked all the way to the bottom of the hole.  Eagle for 67 and 12-under.

Thompson then went to the putting green and watched as Lee6 parred 17 and tried to make eagle to tie from 55 feet.  It came close but didn’t fall.

“I knew going into the day it would play difficult,” Thompson said of the windy conditions and firm greens.  I made two bogeys but just kept my head down.”

It paid off as she posted a victory, giving her seven straight seasons with a win on the LPGA Tour and 11 wins for her young career.

Lee6 finished solo second at 11-under while fourth-year American Ally McDonald was solo third, making it a great week for American players.