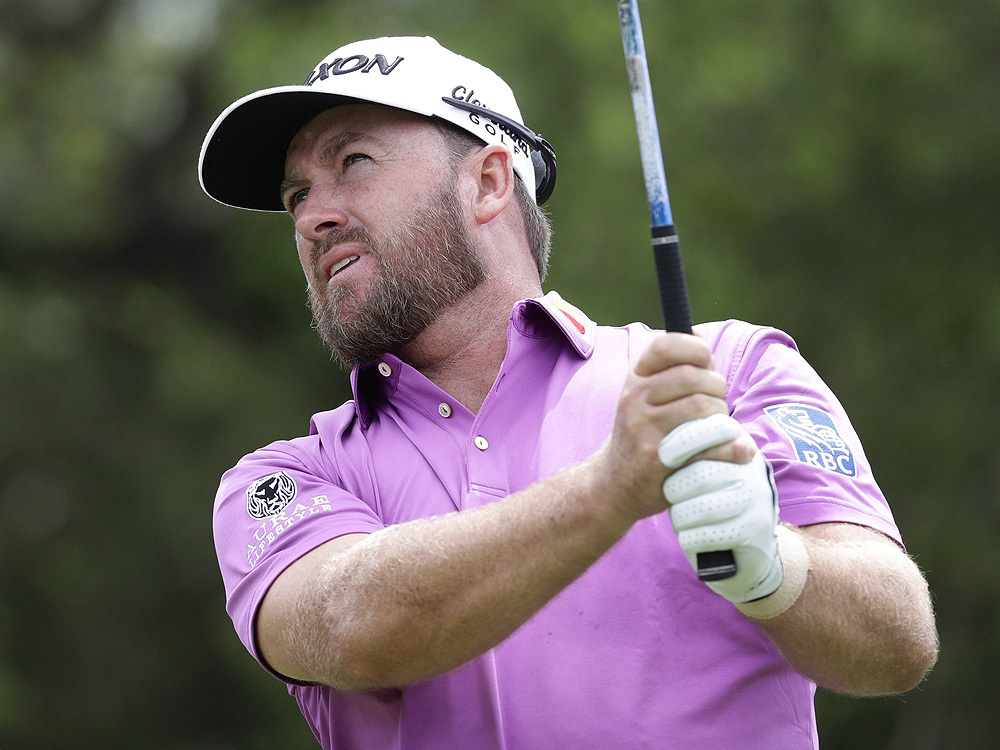 G-Mac holed a clutch 29-footer to earn an Open berth at Royal Portrush.

Graeme McDowell has had something hanging over his head this season.

The Open Championship at his home club — Royal Portrush.

Only problem is that McDowell wasn’t qualified for a spot.

Until late Sunday at the Canadian Open.

There were three spots available to players finishing in the top 10 who weren’t already in at Royal Portrush.

McDowell faced an imposing task at the difficult 18th.  His approach left him well short of the green in the long stuff and his third sailed too far and left him with 29 feet for par.

He drained the putt for 68, posted 10-under, finished tied for eighth and punched his ticket to the Open Championship.

“I think I had reasonable belief in myself that I was going to be able to take care of it one of these weeks. Obviously as the pressure started to build it was going to be more difficult as it went along,” McDowell said afterward.

“Awesome to get it done here. It’s been such an amazing week. Very proud of RBC and everyone at Wasserman for what they’ve achieved this week with this new date and coming here and putting this event on. It’s been a major success. Going to get a decent winner as well with Rory. Obviously very proud to have got one of the Open Championship spots and get that little monkey off my back and let me go and play some golf the next few weeks.”

McDowell watched McIlroy finish off an impressive afternoon and G-Mac enjoyed what his fellow Ulsterman accomplished.

“Pretty amazing,” McDowell said. “Rory has had a huge amount of focus this year. Really feel like he’s in a different place mentally than ever before in his career. Awesome to see him out there doing Rory-like things getting himself ready for next week at Pebble.  Proud of him. Great to see him and Shane (Lowry) up there. Just feel like I let the side down a little bit by finishing 9th or whatever I am going to finish. I’m letting the Irish lads down, and they’ll probably let me know about that later I would imagine.”

McDowell said his last 18 wan’t easy. “Literally going out there today thinking 65 might miss and 68 might get in. Weird one. Very hard to focus. I wasn’t really focused on the golf tournament at all today. I was just focused on trying to make a few birdies and get myself as many under par as I could, which is weird. You’re out there playing for a lot of FedEx Cup points and a lot of cash, and all I can focus on is trying to get exempt for the Open Championship. I might go to Portrush and miss the cut and think, What was all that about?