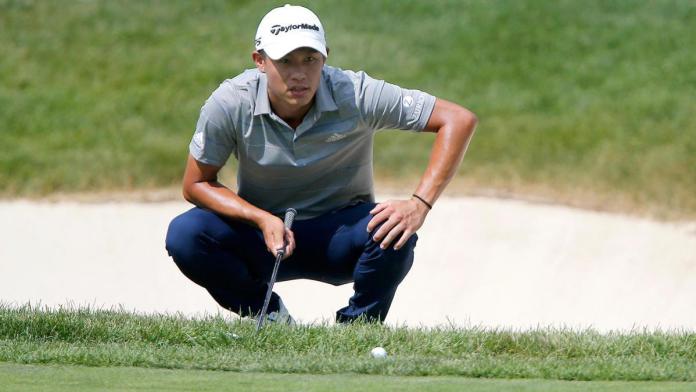 Collin Morikawa had just 26 putts Friday on his way to a 66.

Collin Morikawa is playing Muirfield Village for the first time.

He’s taken a real liking to the Ohio home of Jack Nicklaus — he added a 66 on Friday to his opening 65 and he’s the halfway leader at the Workday Charity Open.

After the first round, he said you have to play smart around Jack’s layout.  Morikawa’s game plan has been smart and precise.

“Overall I’m pleased,” Morikawa said after he finished his round on the front nine, making birdies at two of the final three holes for a 31 coming in.  “I made a couple more mistakes than I did yesterday,” he pointed out, shaking off three bogeys on the day.  “I feel comfortable on a lot of tees.  For the most part, I’m able to play my shots.”

The field finished late Friday as there were two lengthy rain delays in the afternoon that took up more than two hours of daylight.

Kevin Streelman finished late and shot the week’s best round — an eight-under par 64 that took him to 10-under par.  Later Justin Thomas joined him at 10-under.  J.T. birdied the 18th to shoot 68-66.