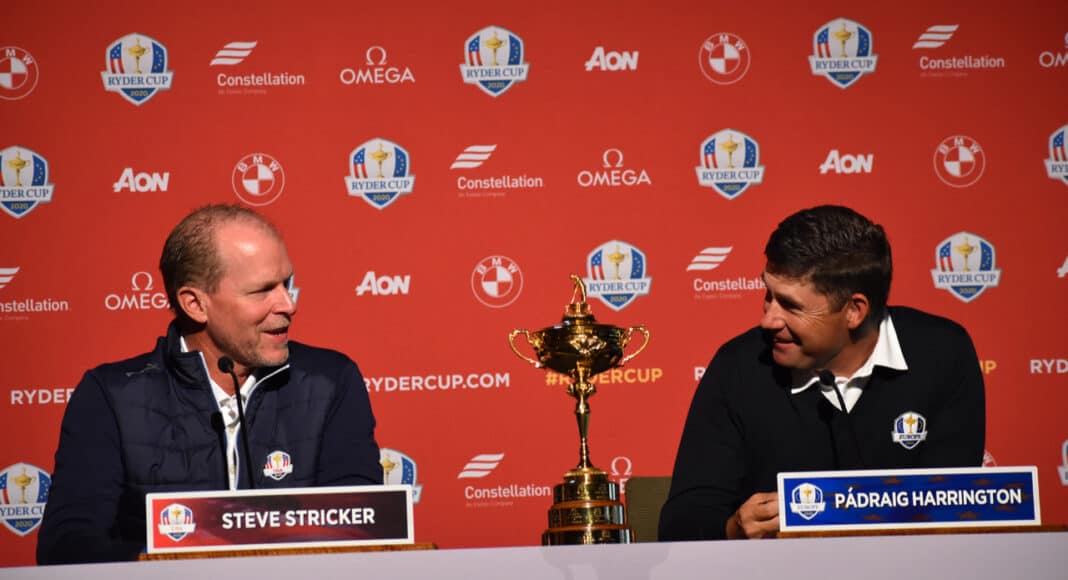 Now it may have put an end to the September playing of the Ryder Cup.

One of the U.K.’s top tabloids — The Guardian — reported on Monday that the Ryder Cup will be postponed until next year.

The Guardian says the “official” announcement will be forthcoming.

Here’s where it gets interesting — in the vein of the old “neither confirm or deny” genre — the PGA Of America did not refute the accuracy of The Guardian report.

A lot of heads turned, world-wide, when Watney burst the PGA Tour’s “bubble” and tested positive last Friday.  Now the Tour is in a tizzy and The Sheriff Of Nottingham (aka tour commish Jay Monahan) and his Evil Band Of Henchmen, are taking flak from virtually everywhere thanks to Watney’s positive test.

As the PGA Tour heads for its next stop up in Cromwell (Connecticut), things are really going to be buzzing with the positive Watney test and now this report that the Ryder Cup is off, for at least a year.

The Ryder Cup had been slated for Sept. 25-27 at Whistling Straits up in (Herb) Kohler, Wisconsin.  With the compressed PGA Tour and major championship schedule, it was an awkward fit at best.

The PGA Of America did confirm there will be no spectators at Harding Park for its championship, the first major of the year, starting August 6.

But a Ryder Cup without fans?  Oh hell to the no.

The scribes across the pond at The Guardian tell us that the PGA Of America and the European Tour (the entities that control the Ryder Cup), have basically wrapped up their conversations with the local government geeks up in Wisconsin.

Perhaps it was Watney’s positive test that cast all the doubt on the Ryder Cup.  Now that the PGA Tour’s “Bubble” has been burst, the world is watching and waiting to see if there will be a second, third or fourth player testing positive among the PGA Tour players.

In case you missed all the details, according to the Tour’s own statement, Watney “prior to arriving at the tournament, indicated he had symptoms consistent with the illness.”

Here’s where it gets testy — Watney was allowed to play in the first round and was given the test early Friday and it was positive.  Watney was at the course on Friday.  Brooks Koepka said he saw Watney in the parking lot at Harbour Town and Rory McIlroy related that he spoke to Watney on the putting green.  There were also reports that Watney was on the range as well.

The Tour protocols allow players to access the grounds while waiting for test results.  The Tour may want to re-visit that part of the protocols.

The Tour did “contact tracing” of the 11 people Watney came in contact with.  All tested negative so far, including Watney’s caddie — Tony Navarro.

So yes, the answer is that things will be pretty lively up in Cromwell this week.  Things got off to a rocky start on Tuesday when Cameron Champ became the second player to test positive for COVID-19.  “I feel great physically and I was obviously surprised and disappointed to learn of the test result,” Champ said in a statement. “It’s important now to take the necessary steps and measures to protect others, including my loved ones.”

Champ will now have to go into self-isolation with full support from the Tour.  He was replaced in the field by Sebastian Cappelen.

“For the protection of the field and for my own physical and mental well-being, I’m going to take a test tomorrow morning then jump on a private plane,” McDowell said after learning about Comboy’s positive test.  “I’m going to get myself out of here, home to Florida and decide whether I need to quarantine myself from my family.”

McDowell said he tested negative on Monday, but he didn’t want to take any chances. He drove home to Orlando, Florida, with Comboy after missing the cut last Friday at the RBC Heritage. Comboy drove back up to Hilton Head Island to be tested on Saturday after experiencing a sore throat.

“We’re a close-knit team,” McDowell said. “We roomed together last week, we spent six hours in a car. He’s carrying the virus so in some way I have to be carrying it too.”

Two players positive the past two weeks and now the caddie for a well-known player.

Nine of the world’s top 10 are at The Travelers.  Hopefully Champ was the only positive test as the world continues to deal with COVID-19.

Common sense will most likely push the Ryder Cup to next year.

More common sense says the PGA Tour and all its players better be careful or the re-start could be a re-finish.

Koepka, Elliott and swing coach Claude Harmon III all took additional tests Wednesday after playing a Tuesday practice round with Graeme McDowell. McDowell withdrew Tuesday following a positive test result for his caddie, Ken Comboy, who had not traveled to Connecticut for the event.  Koepka, Harmon and McDowell all reportedly came back negative with their secondary tests, but Elliott – who had already tested negative for the virus upon arrival Monday – turned up positive.  “I’m going to pull out to protect everybody else. I think it’s the right thing to do,” Koepka said. “I don’t want to risk anyone’s life if they have respiratory issues or underlying conditions. The only way this Tour can continue is if guys do this sort of thing and be proactive about it.”