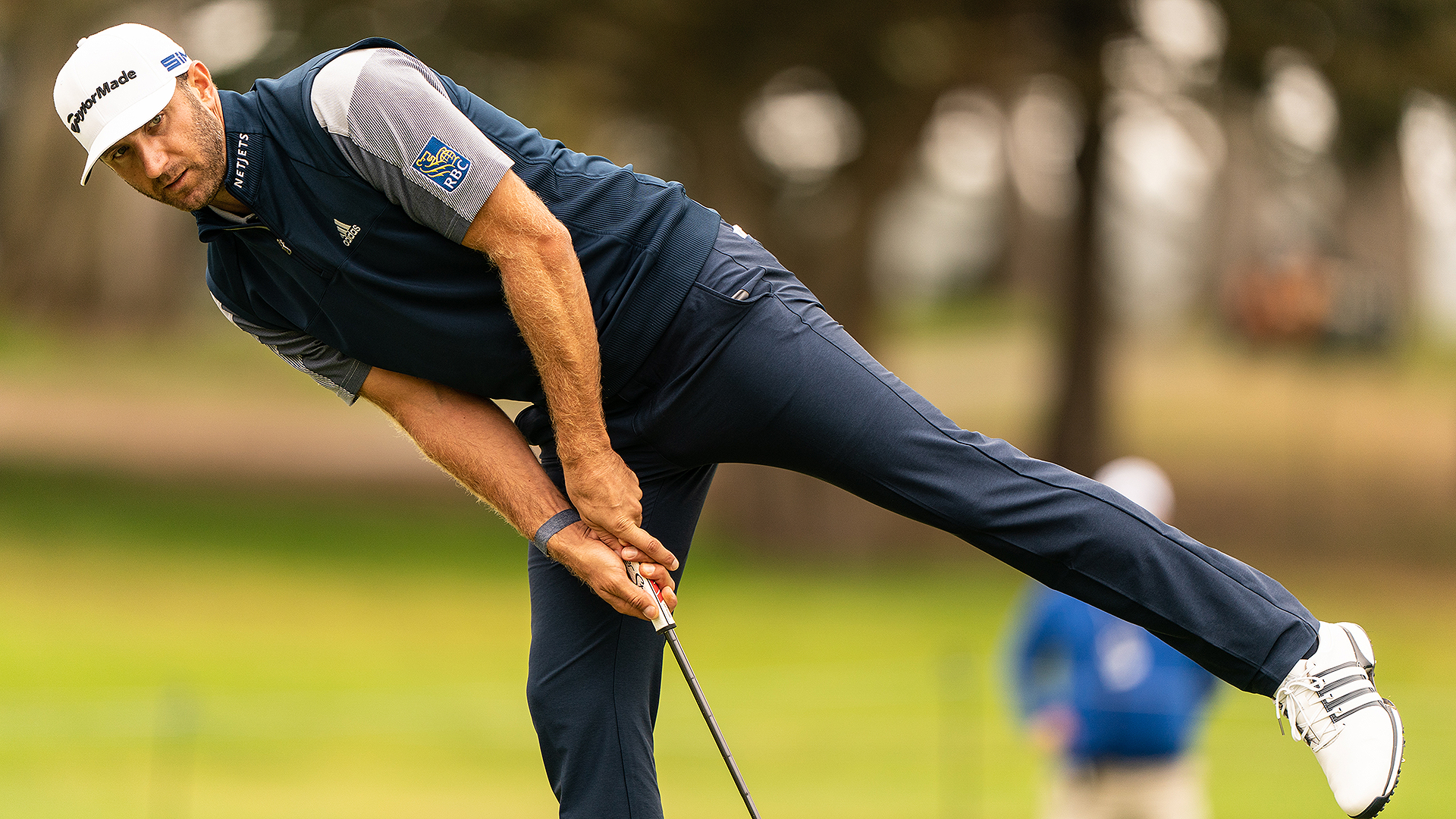 Dustin Johnson is leaning away from the PGA Tour and heading for London and the LIV Series.

Last February Dustin Johnson pledged allegiance to the PGA Tour.  On Tuesday he changed his mind and became the highest-ranked player in the world to defect to the Saudi-backed LIV Series.

The LIV Series will hold the first of its eight planned events outside London at the Centurion Club starting June 9.  It released a list of 42 players for the field but has plans for 48.

Johnson, a brand ambassador for RBC Bank, was expected to play in next week’s RBC Canadian Open (June 9-12) and was featured on tournament promotions but obviously D.J. will be a no-show there.  RBC released a statement that said it was “extremely disappointed” with Johnson’s decision.

Johnson said in February that he was “fully committed to the PGA Tour.”  He’s obviously broken that commitment.  David Winkle, Johnson’s manager with Hambric Sports released this statement:

“Dustin has been contemplating the opportunity off-and-on for the past couple of years.  Ultimately, he decided it was in his and his family’s best interest to pursue it. Dustin has never had any issue with the PGA Tour and is grateful for all it has given him, but in the end, felt this was too compelling to pass up.”

You read that and should note that “compelling” is a totally incorrect term.  Winkle should have said “lucrative” in its place.

Johnson may be facing the reality that his once immense skills are eroding.  He has slipped out of the top 10 and is currently 13th.  D.J. holds 24 career PGA Tour wins, which makes him a life member of the Tour.  He won the 2016 U.S. Open and the 2020 Masters, his last victory.  He failed to win in 2021 and has had an uneventful 2022 by his standards.  He missed the cut at the recent PGA Championship, missed the cut a the RBC Heritage in his home state and tied for 59th at the Byron Nelson.  He will turn 38 on June 22.

There were other recognizable names on the lists as well — Louie Oosthuizen, Kevin Na and a real surprise — Taylor Gooch.  Louie is No. 20 in the world rankings, Na 33 and Gooch No. 35.  Lee Westwood, Ian Poulter, Sergio Garcia and Richard Bland were expected to defect to the LIV Series and their names were among the 42.

There’s a Koepka on the list but it’s not Brooks — it’s his younger brother Chase — who has been unable to make much progress toward getting a PGA Tour card.  He’s been given sponsor’s exemptions into tournaments his brother has appeared in but failed to make much ground.  Another is Peter Uihlein, son of former Acushnet chairman Wally Uihlein.

Former Masters champion Charl Schwartzel is on the list so are DP World Tour stalwarts Bernd Wiesberger and Sam Horsfield.  Hudson Swafford and Branden Grace, both winners on the PGA Tour, are on the list.

The PGA Tour had no immediate response to the list.  The Players Advisory Council met yesterday at The Memorial.

The one big name that wasn’t in the LIV lineup was Lefty himself — Phil Mickelson.  It was Mickelson’s dabbling and flirtations then later admissions of working with the Saudi league that got him in hot water and he has been somewhat of a ghost ever since.  The LIV is keeping five spots for Asian Tour players but will obviously leave the light on for Lefty if he wants to take the money and show up in London.

Here’s the list of LIV participants  (in alphabetical order):