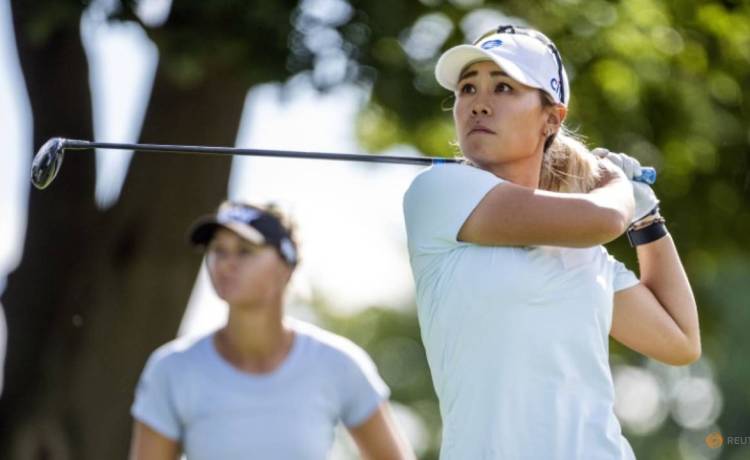 Danielle Kang got the win when Celine Boutier missed from five feet at the final hole.

Danielle Kang and Celine Boutier made the return of the LPGA Tour one to remember on a nervous Sunday afternoon at the historic Inverness Golf Club.

Kang and Boutier were locked in a head-to-head duel down the stretch of the Drive-On Championship that wasn’t decided until Boutier missed a five-foot birdie putt on the 18th green that would have sent the two into a playoff.

Kang stepped to the final hole, a 358-yard par four, with a one-shot lead.  She was seven-under, Boutier six.  Both is good drives.  Kang, the No. 4 player in the world, pulled her wedge shot, leaving her 15 feet for birdie.  Boutier, hit a perfect shot from 90 yards that stopped just five-feet from the cup.

After she barely missed her birdie putt, Kang stepped aside and nervously watched Boutier line up her birdie.  The former Duke University player made a shaky stroke, pulled the putt a bit left, caught a piece of the cup but saw her effort miss, handing the title to Kang.

“I worked really hard the last seven months,” Kang said, all smiles after the win.  “Keeping patient and trusting all aspects of your game and respecting this course,” she added as her victory keys. “I’m really excited!”

Kang got to eight-under with a birdie at the 11th but gave that back with bogey at 13.  Boutier tied it at seven-under with birdie at the 14th, setting up the duel over the final four holes.  But Boutier fell a shot back when she missed a par putt at the 15th from four feet.

Sam Horsfield is on a lot of radars as an upcoming star on the European Tour.

Horsfield proved he could handle the Sunday pressure when he came through with a birdie at the 71st hole then calmly two-putted from 55 feet on the final green to win the Hero Open by a shot over Thomas Detry.

Detry overtook Horsfield, the overnight leader, with a birdie at the 17th to reach 18-under par.  But at the 18th, Detry missed from three-feet for par and fell back into a tie with the young English hopeful.

Horsfield hit three-wood off the 17th, a very reachable par five.  “I wanted to leave a good five-wood yardage,” he would later explain.  From 238-yards out with water guarding the middle and right side of the huge green, Horsfield hit the perfect high fade that put him on the back fringe, just 15-feet from the cup.  “I hit a great shot,” he said.

That great shot was good for birdie and he closed it out with a conservative play into the 18th, a 210-yard par three.  He faced a tricky 55-footer but snuggled it down just inside three feet and made it for his first European Tour victory.  Horsfield closed with a four-under par 68 and an 18-under total at the Forest of Arden course at the Marriott Hotel outside Birmingham.  Detry’s 66 left him alone in second but he will remember the missed putt at the finish.

It’s special,” said Horsfield, who played at the University of Florida.  “With everything that’s going on in the world right now, I’m thankful that the European Tour has been able to put on tournaments for us to play.  I’ve been in Orlando for the last three months and felt like my game was right there.  I played solid all week and gave myself a lot of opportunities and made one enough.  I knew that any slip up – I bogeyed 15, hit a horrendous chip and I put myself under the gun. Me and my caddie on the 17th tee, we said ‘you’re tied, go do this thing. You’ve been playing good all day, been playing good all week, just hit a bunch of good shots coming in’. I probably hit one of the best shots I’ve hit in my life on 17 and it paid off.”

Tiger Woods knows his game needs more work and in an obvious attempt to ready himself, he was spotted Sunday in San Francisco.

Woods showed up around 1 p.m. and headed for the range.  After his session, he played the back nine, then played the front nine at Harding Park, getting in all 18 holes.

Tiger chose to skip this past week’s WGC event in Memphis after he tied for 40th two weeks ago at the Memorial.