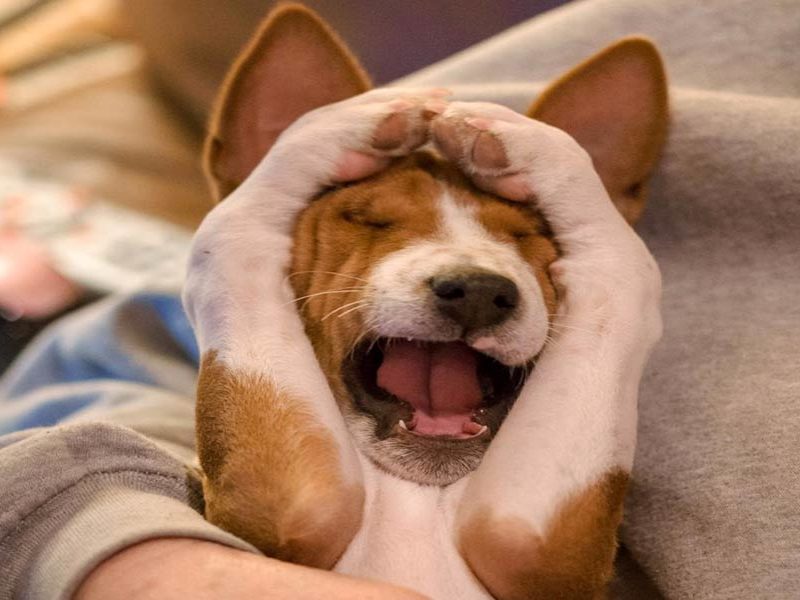 Posted By: Tom Edringtonon: September 28, 2021In: In The Doghouse2 Comments

This week’s golfer in the Dog House is none other than F-Bomb dropping Brooks Koepka.

Maybe you missed it, maybe you didn’t but during last Saturday morning’s alternate-shot match session at the Ryder Cup, Daniel Berger hit a drive that settled into a clump of grass at the par four 15th.  Koepka debated with the group’s rules official and didn’t get relief from the lie.  He demanded a second opinion and the head official from the European Tour confirmed the ruling — no free drop for Koepka.

As the officials walked away — Koepka dropped an “F-Bomb” on them.

Koepka was easily the least likeable player on the American squad at Whistling Straits.

After a vote, the dogs, unanimously, voted that Koepka not be allowed in their Dog House.  They simply didn’t want him — deeming him “unfriendly.”

The dogs asked if Rory McIlroy could return soon but we’ve given Rory a respite.  Despite the fact he won only one point last week, he did win his singles match — so we’re giving Rory a break.  Besides, Rory looks like he needs some serious R&R.