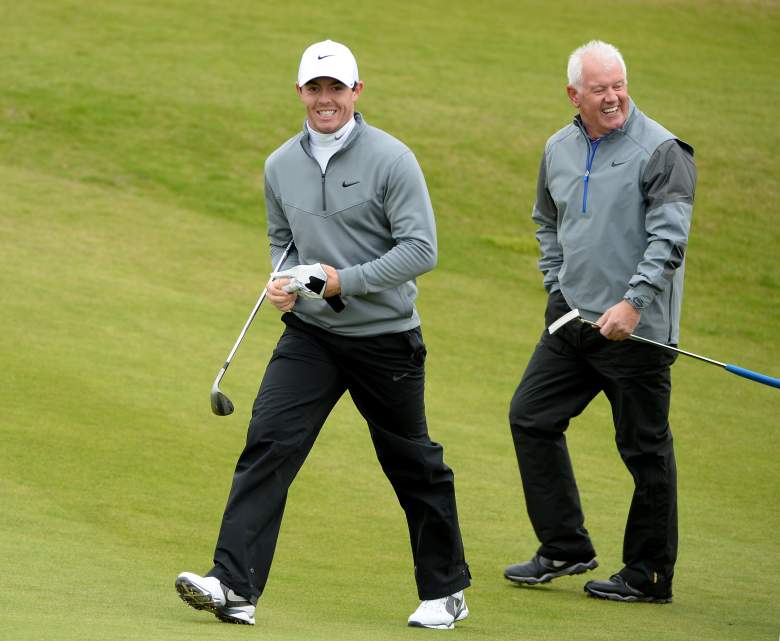 Rory McIlroy typically likes to play in the Dunhill Links with his father, Jerry.

The Alfred Dunhill Links has got to be the world’s coolest golf tournament.

It’s better because of the courses — The Old Course at St. Andrews, Carnoustie and Kingsbarns Golf Links.

Format is same as the Crosby — one amateur paired with one European Tour professional.

Rory McIlroy is playing this week after finishing runnerup to young Paul Dunne at last week’s British Masters.  Rory showed significant signs of life over the weekend at Close House but fell short thanks to a couple of back-nine mistakes on Sunday.

This week he has a chance to get that elusive first win this season.

Defending champion is Tyrrell Hatton and it’s a really good field this week in Scotland as the Race To Dubai starts its stretch run.

Tommy Fleetwood is the overall points leader, McIlroy is sixth on the list after his showing last week.

This is a great one to watch.  The Old Course and Carnoustie are in the Open Championship rota and Kingsbarns just hosted the Women’s British Open.

Coolest event in the world for an amateur.

Even better than Pebble and its neighbors.