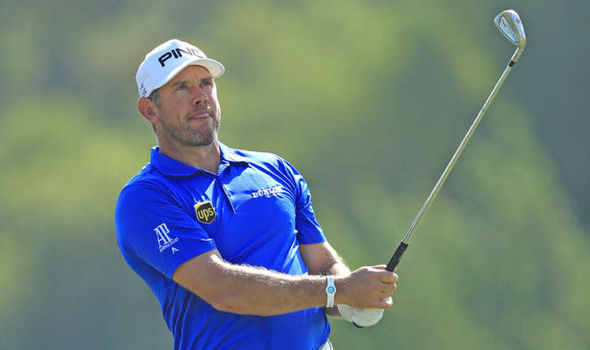 Lee Westwood will host the British Masters, a week earlier than first planned.

The European Tour shut down on March 8th.  It will return to action in 54 days, a week earlier than originally anticipated.

The Tour will start with a six-event “UK Swing” that will see Lee Westwood host the British Masters at the course he represents — Close House.  Close House is located near Newcastle in the northeast part of England.  The event will start on a Wednesday (July 22) and finish on Saturday.  They’re teeing it up a week earlier than originally planned.

After the British Masters, the Tour will head to Marriott Forest of Arden for the English Open. The English Championship at Marriott Hanbury Manor.  After that, famed Celtic Manor Resort in Newport will host back-to-back events — The Celtic Classic and the Wales Open.  Celtic Manor is located in south Wales.  It was the host site of the 2010 Ryder Cup.

The six-event swing will conclude with the UK Championship at the famed Belfry, another site with Ryder Cup history.  It hosted four Ryder Cups (’85, ’89, ’93 and ’02).

As far as the rest of the fall schedule, the European Tour will wait to announce its plans.  Those depend on the evolving world situation.  There are no plans to allow spectators into the early events.  That is subject to change as protocols evolve.

As for the European Tour’s big-money Rolex Series events, those reschedule dates have been set.

The Aberdeen Standard Investments Scottish Open at The Renaissance Club will be played from October 8-11 and the BMW PGA Championship at Wentworth Club moves to the following week, October 15-18.

The Nedbank Golf Challenge hosted by Gary Player is now scheduled for December 3-6 at Gary Player Country Club in Sun City, with the season-ending DP World Tour Championship in Dubai, now due to take place from December 10-13 at Jumeirah Golf Estates, where the 2020 Race to Dubai Champion will be crowned.

Early this week,  John Daly II grabbed a share of the lead at a national junior tournament that was being staged at, of all places, Crooked Stick Golf Club.

Crooked Stick just happens to be the site of dad’s breakthrough major victory.

Little John played well enough after the first day to find found himself in a five-way tie for the lead after 36 holes at the Dye National Junior Invitational.

Alas, there was no fairy tale in Carmel, Indiana this week.  Little John’s final round 76 left him a 220, four-over par and tied for second.

“I played great,” Daly II told the Indianapolis Star. “It would have been cool to win, but I still have time. Just a couple bad three-putts both days, but other than that I played great.”