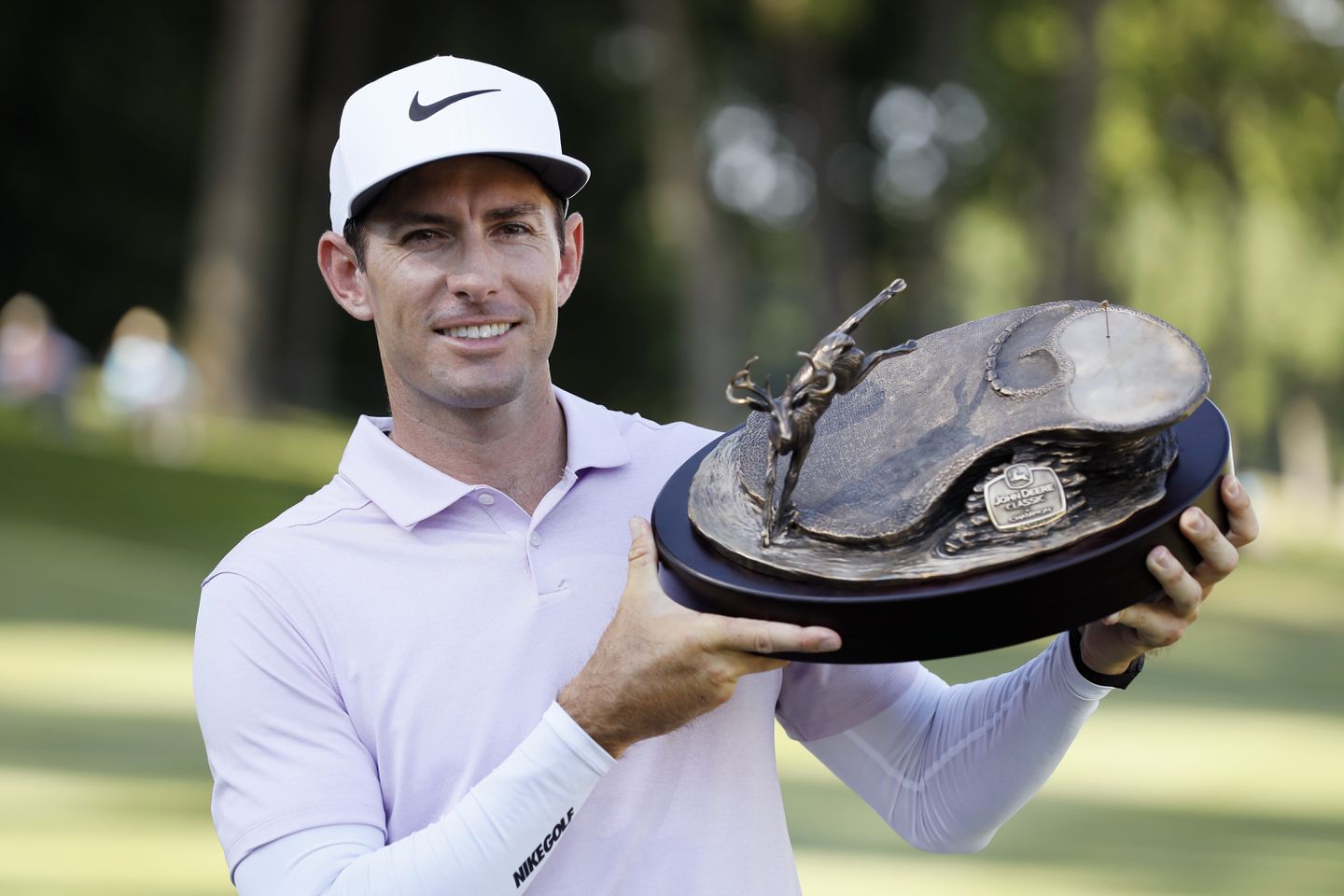 Dylan Frittelli won't be able to defend his title at TPC Deere Run.

Tournament Director Clair Peterson confirmed that news on Thursday.  The event was supposed to be the fifth tournament (slated for July 9-12) following the PGA Tour’s three-month layoff thanks to the Corona Virus pandemic.

Problem was ongoing restrictions imposed by the State of Illinois.  The state has banned gatherings of more than 50 people and those limitations weren’t expected to be lifted in time to stage the John Deere.

Reports have emerged that The Sheriff Of Nottingham (aka Tour Commish Jay Monahan) and his Sinister Band Of Henchmen are scrambling to come up with a replacement event for this year only.

Dylan Frittelli earned his first tour title at the John Deere last year.  It has been a popular spot for the lesser stars on tour.  The event has provided those players with a charter flight to the Open Championship as in the past, the Deere fell the week before the Open Championship, which was canceled earlier by the R&A.

The Korn Ferry Tour returns on the TPC’s Dye Valley course on June 11.

Jacklin’s gone on record and labeled Garcia as basicaly, an underachiever in golf.

“He’s been one of the best players on the planet for the last 20 years and doesn’t have much to show for it,” Jacklin said recently. “Seve (Ballesteros) had more courage in his little finger than this lad.  Don’t get me wrong,  Sergio has been a prolific winner, but he had the ability to win double-digit majors. (Lee) Trevino once said,  ‘God never gave one man everything.’ Garcia would be one that jumps out to me.”

In 2018, Garcia passed Nick Faldo as the leading scorer in Ryder Cup history, and Jacklin believes that the team environment of the biennial matches helps the Spaniard produce bigger results than the solitude of a major championship. While Garcia has won three times on the European Tour since slipping into his green jacket, he has not won again on the PGA Tour and Jacklin believes his best golf is now behind him.

“He’s 40 now, and I can’t see him being born again,” Jacklin said. “To think that he’s only won one major as a ball-striker like he is, well, it’s mind-boggling.”