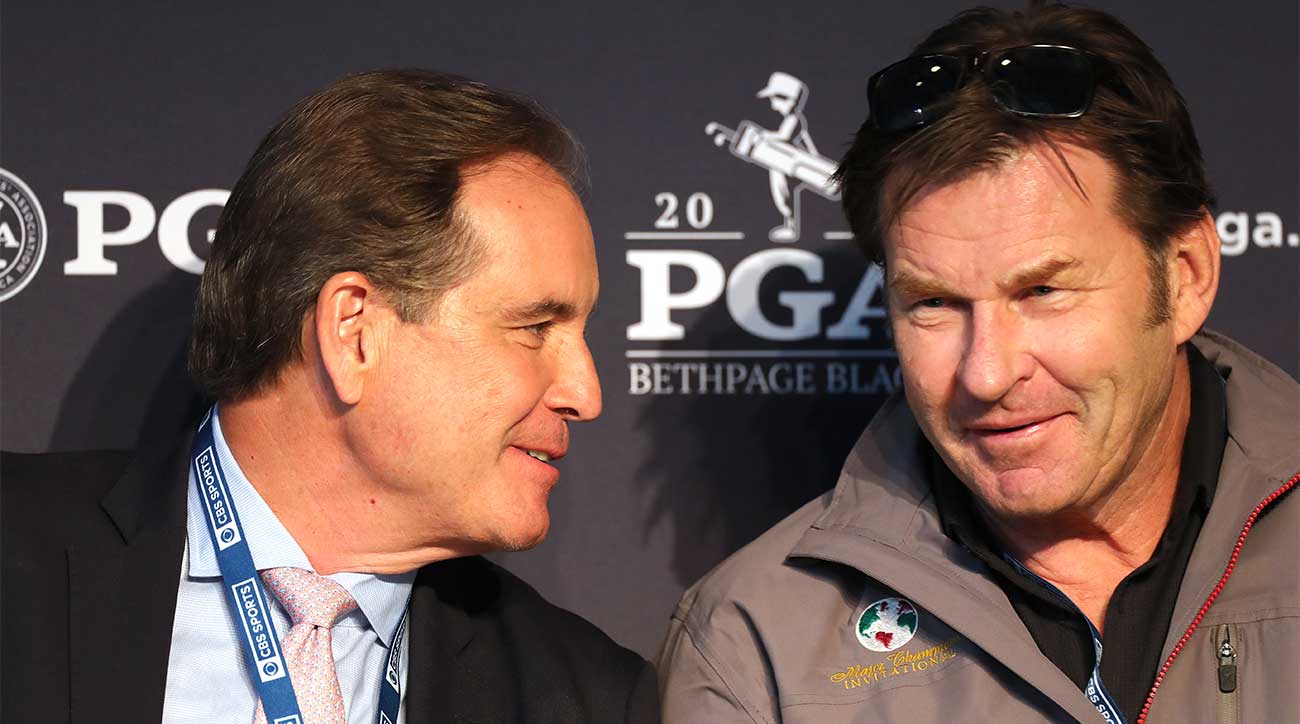 CBS will be looking for a successor to the Nick Faldo to sit with Jim Nantz.

It was the surprise of Tuesday morning on Facebook — Sir Nick Faldo is calling it a day as the game’s most recognized television golf analyst.

He’s retiring at the end of his contract with CBS to enjoy the good life at his spread in Montana.

“As a person who can appreciate the full circles that life can present, my mind goes back to the very first event I competed in on the PGA Tour in 1979, which was the GGO in Greensboro NC. Moving forward to now, I have come to the time that I am announcing my retirement from full-time broadcasting for CBS and the Golf Channel.

“This past January in Pebble Beach, my wife, Lindz Faldo, and I sat down for breakfast with CBS’s Sean McManus and informed him at that time of my intentions to finish out my contract and close out my 18th year in broadcasting and 16th year with CBS and the Golf Channel. As fate would have it, that will be on the 7th of August 2022 at the end of the GGO, now named The Wyndham Championship, to be held at Sedgefield Country Club in Greensboro NC, where it all began for me in the U.S. all those years ago.

“After much consideration and discussions late last year with my business manager and more privately with my wife, Lindsay, we together concluded, and I decided that I will step down from Tower 18. It was “a great run” since October 2006, when I was privileged to become the Lead Golf Analyst for CBS and to have the second best and highly coveted seat in golf, sitting next to Jim Nantz.”

“As an added personal note, my wife, Lindsay, and I, with our three Weimaraners have relocated to the wondrous, welcoming, and magnificent state of Montana. Lindsay and I are fortunate to have a very close and special relationship. With that, I want to spend more time with her, our dogs and assorted farm animals on our new, currently under construction farm, Faldo Farm. Once complete and the dust has settled, our wish and hope is that life on the Faldo Farm includes a future filled with visits from my children, grandchildren, Lindsay’s family and all our friends. As for me, I hope to often be found out back on the East Gallatin River, with a rod, waiters, and the local trout.

Cheers and thank you for all the wonderful years both on and off the course.”

And with that, CBS will have the tough task of finding a replacement.

So farewell to the player I first met on the putting green at Bay Hill back in 1979.  He didn’t have much to say at that time — never foresaw that he’d become one of the best in the broadcasting game.

CBS didn’t waste much time naming the replacement for Sir Nick.  Trevor Immelman, the 2008 Masters champion, has been named to replace Faldo after his final broadcast at the Wyndham Championship.

Yes, The Travelers is the week after a major but it’s not lacking for star quality the way most of the week-after-a-major often do.

U.S. Open runner-up — world No. 1 Scottie Scheffler heads the field along with new No. 2 Rory McIlroy, who leapfrogged Jon Rahm in the OWGR.

Other stars in the field from the world’s top 10 include Justin Thomas (no. 5), Patrick Cantlay (no. 6) and Sam Burns (no. 9).  Harris English is the defending champion at TPC River Highlands.

After this week’s Travelers, there are only four more PGA Tour events on the regular schedule here in the U.S. — the John Deere, 3M, Rocket Mortgage and the Wyndham.

The Scottish Open (July 7-10) makes it’s debut as an event co-sanctioned by both the DP World Tour and the PGA Tour (sorry LIVers).

The three-event PGA Tour Playoffs will begin August 11th at the WGC St. Jude in Memphis.

The PGA Tour is working on a revamped fall schedule and may produce three or four events for top 70 players along with more “enhanced” (bigger money) events for the 2023 season.

The Tour met with players on Tuesday at The Travelers — it was standing room only with a number of topics discussed, including the LIV Series.

One player spoke afterward that Commissioner Jay Monahan said there would be “no way back” to the PGA Tour for those who choose the LIV Series.