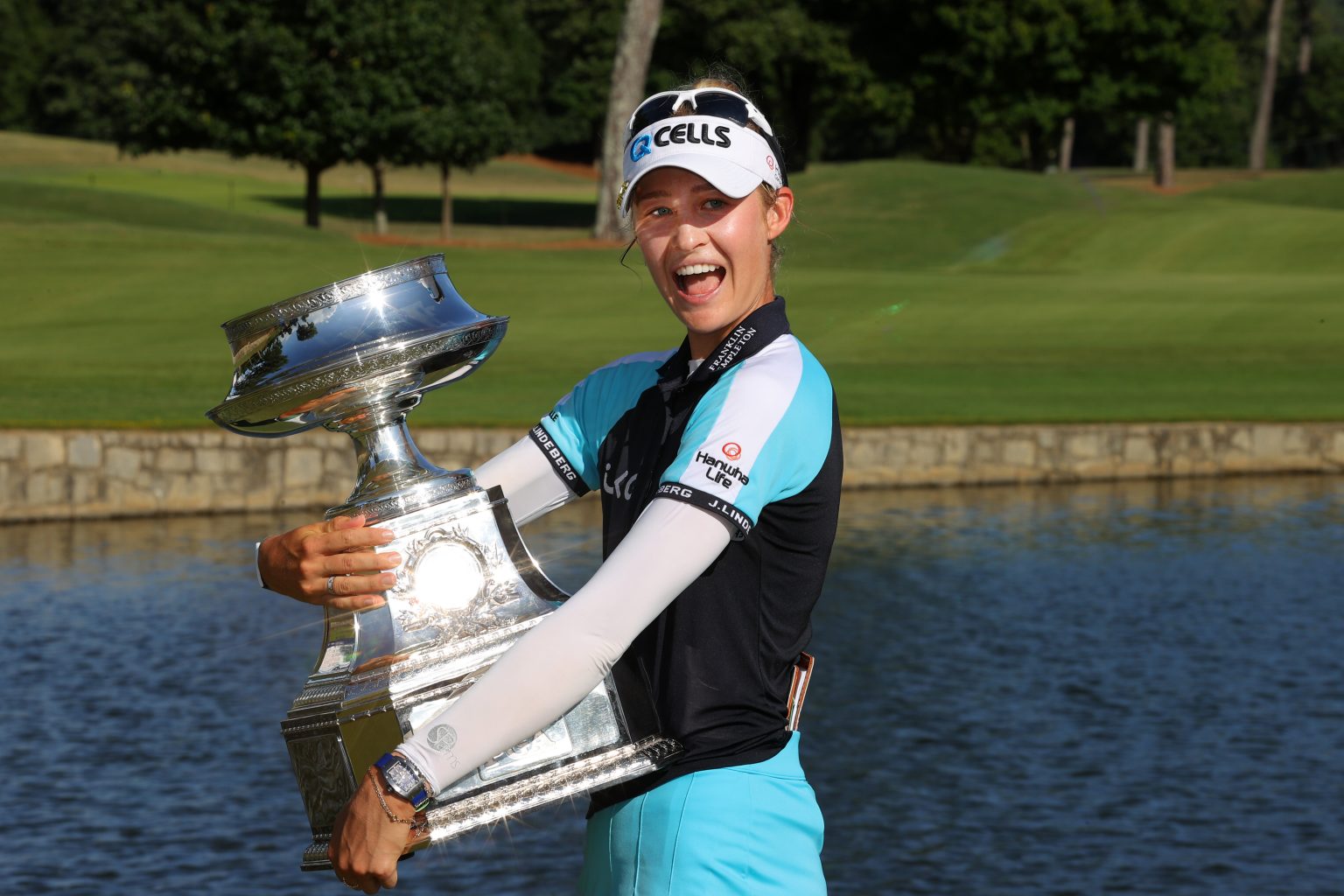 Nelly Korda made the 2022 PGA Championship her first major victory.

Iconic Congressional Country Club rolls out the red carpet this week to welcome defending champion Nelly Korda and an elite field for the 2022 Women’s PGA Championship.

Korda won by three shots over surprise contender Lizette Salas last year at the Atlanta Athletic Club.  Korda has played in just six events this season as she was sidelined by a blood clot in her left arm that eventually required surgery.

The world No. 2 has been amazing in her return after a long layoff to facilitate her recovery process.  She finished tied for eighth in her first event back — the U.S. Open then was runnerup to Jennifer Kupcho last week at the Meijer Classic.

The victory by Kupcho moved her into the world’s top 10 in the Rolex Rankings.

Kupcho checks in at No. 9 and after making the Chevron, her first win and a major, she’s among the favorites this week at Congressional — a layout where power players can contend.

Minjee Lee won the season’s second major — the U.S. Open — and she’s jumped to third in the world behind Jin Young Ko and Korda.  She’s earning comparisons to Scottie Scheffler on the men’s tour as Lee’s big win has given her a boat-load of confidence.

Lexi Thompson has played well enough to work her way up to the No. 6 spot, giving the U.S. three players in the world’s top 10.

Korda won last year with a 19-under par winning total — Congressional should present a much tougher challenge.

More LIV Rumors Have Brooks Koepka As The Next “Defector”:

At least one report has Brooks Koepka as the next “name” player preparing to make his move to the LIV Series.

It was Koepka who became extremely irritated by questions about the Saudi-backed league, referring to it as a “Black Cloud” over the U.S. Open.

Koepka’s brother Chase has already joined the league and that made sense as Chase has failed miserably in his attempts to earn a PGA Tour card.

As for Brooks, it’s been pretty evident from his attitude that he really doesn’t love the game of golf.  Outside of his four major championships, he has just four regular PGA Tour wins.

Another great reason for Brooks to make the move?  He can play on a regular basis with his best friend — Bryson DeChambeau.

And after getting his doors blown off in the final round of the U.S. Open by amateur Travis Vick, a rising sophomore at the University of Texas, well, maybe the LIV Series is a good decision for Brooksie.

The LIV rumor mill was throwing out Collin Morikawa as the next to defect.

Morikawa has shut those rumors down:

“I said the media loves creating drama,” Morikawa wrote on Twitter. “Sure enough, I woke up this morning to everyone thinking I’m next. Not to say I told you so but — I told you so.

“To state for the record, once again, you all are absolutely wrong. I’ve said it since February at Riviera that I’m here to stay on the PGA Tour and nothing has changed.”