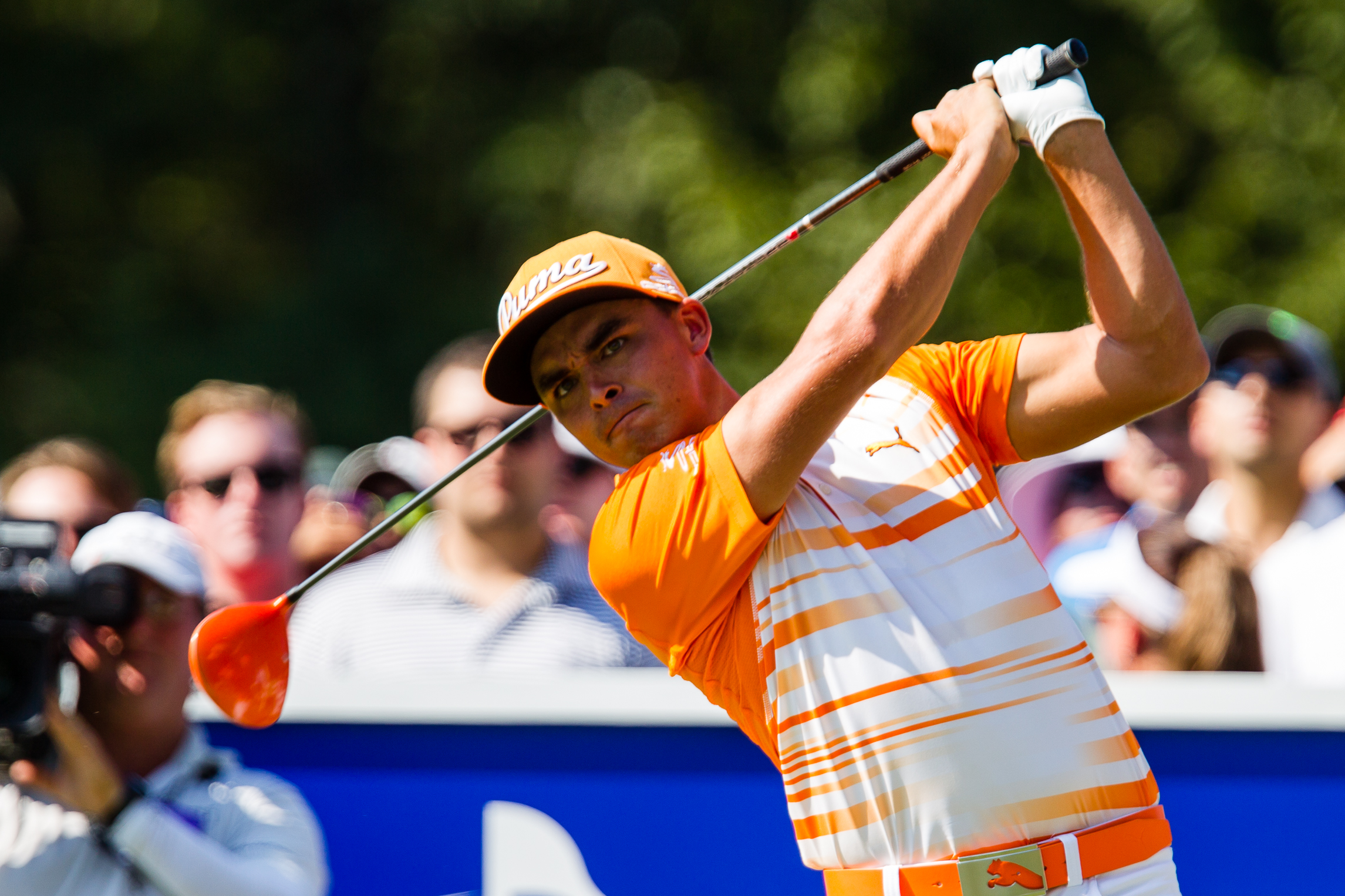 Rickie Fowler wants to be in the equation with Spieth, Day and McIlroy. --AP Images

FedEx Playoffs Halftime: The Winners And The Losers

Other sports have a halftime, so why shouldn’t golf? The FedEx Cup playoffs are taking a halftime break, of sorts. Following Rickie Fowler’s Monday win in Boston, the top 70 will meet up Sept. 17 in Chicago at the BMW. In the meantime, here’s a look at the winners and losers from Labor Day.

Rickie Fowler: Of course Rickie’s the biggest winner. The win gives him two wins for the season in two big events, adding to his stature as one of the great young talents on tour. His win moved him to third in the FedEx Cup points standings behind Jordan Spieth and Jason Day. Fowler’s victory came in a head-to-head duel with a world-class player, Henrik Stenson. This is a huge feather in the Rickie Fowler cap.

Henrik Stenson: Major mistake at the 16th hole cost him the tournament but two straight runnerups have him in fourth position going to Chicago. Stenson has won it all before and there’s no reason for him to get down over the loss. He’s still a winner.

Hunter Mahan: His tie for fourth gave him a huge jump. He went from 91 and seemingly out of the playoffs to No. 52 with a shot to make the top 30 in two weeks. Mahan is the only player on tour who has played in EVERY FedEx Cup playoff event.

Jerry Kelly: One of Wisconsin’s favorite sons responded to huge pressure on the 18th hole Sunday. He needed a birdie to get into the top 70 and he responded with a clutch five-footer that moved him from 94th to 65 and punched his ticket to Chicago where he should have a pretty good following. Jerry also picked up a nice check with his tie for ninth.

Sean O’Hair: One of the tour’s forgotten men. His tied for fourth at eight-under moved him from 66th to 32nd with a chance to make it into the top 30 and gain a spot in the Tour Championship in Atlanta.

Bill McGirt: McGirt’s tied for 12th moved him from 88th to 68th and he can book his room in Chicago.

Charley Hoffman: Give him credit for a great Sunday bounce-back after his 76 on Saturday. He reversed those numbers, shot 67 and finished solo third to jump into the sixth spot in the standings.

Jordan Spieth:  He missed a second straight cut, something he’s never done since getting his playing privileges. Spieth shot 75-73 and this long break couldn’t have come at a better time for him. He needs to regroup and get himself straightened out for the final two events. By the way, he moved back into the No. 1 ranking in the world by missing the cut, Rory dropped back to No. 2.

Official World Golf Rankings: If there is a more confusing bunch of calculations and algorithms, we want to see them. Spieth misses the cut, goes back to No. 1. This coming week, no one’s playing and Rory McIlroy will regain the No. 1 position. Rory put it best:  “I know who the No. 1 player in the world is right now and it’s not me.” This two-year floating formula is nothing but mass confusion.

Kevin Streelman: Streelman was in the 65th spot and simply needed a good Sunday to move on. Instead, he had a nightmare of a back nine at TPC Boston. He shot 42 on the back nine for 77 and fell to the 75th spot and out of the playoffs.

Marc Leishman: Missed the cut and went from 61 to 72. His season is done.

Boo Weekly: Fell from 70 to 76, no one’s surprised there. Boo can get in some fishing now.

NEITHER WINNER OR LOSER:

Jason Day: Had to create a special category for Day. He looked tired this week in the third round when he shot 73 to bring and end to one of the tour’s major hot streaks. He bounced back with 69 on Sunday and like Spieth, will really welcome the week off to he can re-ignite the fire. He’s in the No. 1 position in the points standings and is the favorite to take it all going into the final two events.