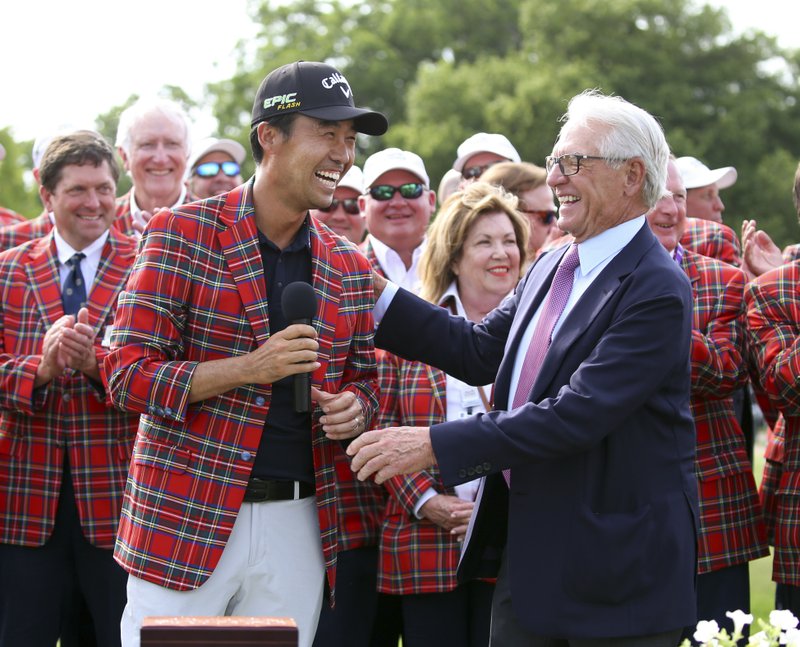 Will Kevin Na have the chance to win another ugly jacket at Colonial?

Fifty-Five Days — Will PGA Tour Get Its Re-Start At Colonial? USGA To Postpone U.S. Open?

This week’s WGC Match Play that was supposed to be going on down there at Austin Country Club would have been the 25th PGA Tour event of the season.

Halfway home with 49 events on the schedule.

That was then, now we face the new reality of not knowing when we’ll see Rory and the guys again.

Fifty-five days is the target for the tour.  Colonial (aka the Charles Schwab) is still a go — set to start on May 21 at Colonial, the place where Hogan won five times.

Kevin Na was the surprise champion last year and in addition to the $1.3 million plus he took home, he also got one of those very ugly plaid jackets.  Wonder if he wears that out in public?

The tour will have some decisions to make about all the canceled events and the FedEx Cup points that went with them.  It’s also keeping its fingers crossed that things take a turn for the better in April as far as this ongoing Corona Virus battle goes.

In all, nine tour events have been canceled.

The Masters and The PGA Championship have been officially “postponed” with the hopes of finding later dates for those two majors.

The USGA is clinging to hope for the U.S. Open (June 18), although things are looking so good in Westchester County, New York, where Winged Foot Golf Club is located.

Reports have come out of New York telling us that the USGA will soon announce that it will postpone the U.S.  Open and will attempt to re-schedule it at a later summer date with Winged Foot remaining as the probable site.

The Open Championship slated for July is now on the clock.