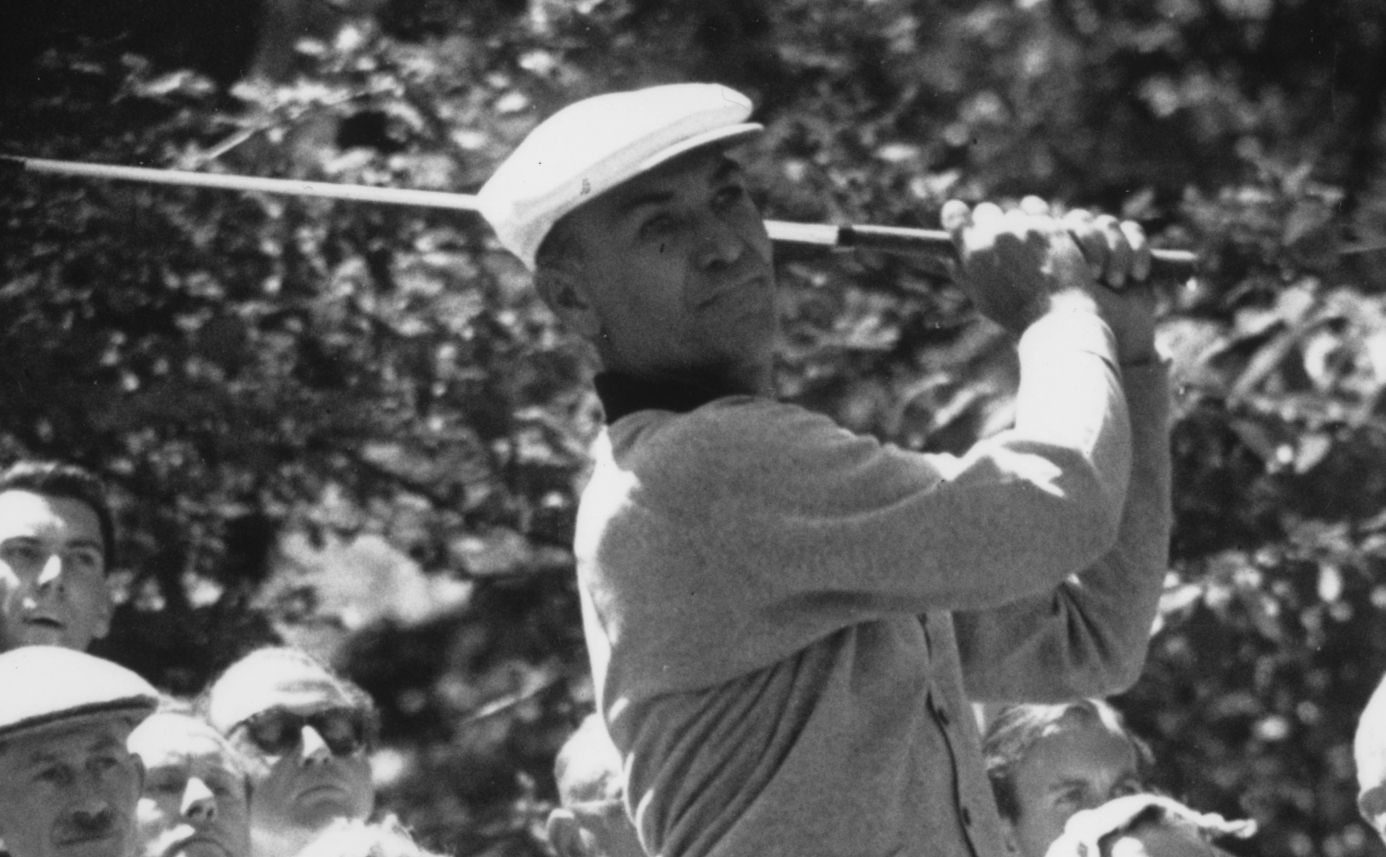 Hardship and adversity shaped Ben Hogan into one of sport's true icons.

Tough Times? Why Adversity Can Make Us All Better And Stronger

Editor’s Introduction:  These are unprecedented times for most of us.  We could all use some encouragement and sound words.  With that in mind, we’ve sought some “professional help” for all our wonderful readers around the world of golf.  Sports psychologist extraordinare Dr. Gio Valiante and his colleague, Ina Schaad, have been kind enough to produce an exclusive for DogLegNews.  Today we are excited to present their work that will help us all gain some perspective as to the happenings out there and how we can successfully emerge from them, stronger and smarter.

There’s a story about an old, poor farmer in ancient China who worked a small plot of land with his teenage son.  During this time, horses were considered a sign of rare wealth;  the richest person in the province owned no more than a few of them.  One day, a wild horse galloped into the town, jumped the old farmer’s fence, and began grazing on his land.  According to local law, this meant that the horse now rightfully belonged to him and his family.  The farmer’s son could hardly contain his joy, but the father put his hand on his son’s shoulder and said,  “Who knows what’s good or bad?”

The next day, the horse, not surprisingly, made its escape back to the mountains, and the boy was heartbroken.  “Who knows what’s good or bad?” his father said again, with the same equanimity.

On the third day, the horse returned with a dozen wild horses following.  The boy could hardly believe his good luck. “We’re rich!” he cried, to which the father replied, “Who knows what’s good or bad?”

On the fourth day, the boy climbed on one of the wild horses and was thrown, breaking his leg.  His father ran to get the doctor; soon both of them were attending to the boy, who was moaning and complaining about his miserable fate.  The old farmer wiped the boy’s forehead with a wet cloth, looked deeply into his eyes, and said directly, “My son, who knows what’ is good or bad?”

And on the fifth day, the province went to war, and army recruiters came through the town and conscripted all the eligible young men — except for one with a broken leg.

I am hopeful that this finds you well.  I say that with the full understanding that COVID-19’s tentacles are vast and far-reaching, and that we are all having to reformulate our psychological realities in real time. While there are many negative headlines and questions left unanswered, there is also reason to remain hopeful:  we humans are (literally) wired to adapt to changing circumstances. While the conveniences of modern living sometimes mask it, deep in our DNA, we are adaptive creatures.

Consider this:  when we are hot, we sweat. When we are cold, we get goosebumps. Often times, when people lose their eyesight, their hearing tends to get better.  The brain is similar. According to psychologist Jean Piaget, the brain constantly evolves and adapts.  When one region of the brain gets damaged, other regions take over.  Similarly, we create meaning through two main processes: assimilation and accommodation.  When faced with new information, the brain assimilates that information into our existing knowledge structures, such as when a child sees a Pomeranian for the first time and is able to recognize it as a dog, even though all he’s ever known is his own pet Golden Retriever.  When the knowledge is different from anything we’ve experienced before, as in the current case of this pandemic creating mandatory quarantines and business disruptions, the brain shifts more drastically to a process Piaget calls accommodation.  When our brains can’t fit something into prior realities, we are forced to create new concepts of reality.  Our “new normal.”

Something to consider is that, within all the disruptions, changes, and calls-to-action,  there might be some positives.  Most major schools of thought in both religion and philosophy highlight that some form of challenge and languish – (even suffering ) – lead to true enlightenment in life.  In fact, the Buddhist tradition uses the concept of the Lotus Flower to symbolize this very thing.  The lotus – the most beautiful flower in the world – only grows out of mud and muck.  Symbolically, great psychological and spiritual transformations happen during our “muckiest” times in life.  This reminds me of the time when I interviewed Gary Player.  I asked him, “what would you tell young golfers going through adversity or really hard times?”  He replied, “I would tell them to fall to their knees and thank the heavens. The hard times is where all the learning happens.”  Similarly, Ben Hogan attributed his excellence to his ability to endure and overcome really hard times. Hogan said:

“I knew tough things.  And I had a tough day all my life and I can handle tough things — and every day that I progressed was a joy to me and I recognized it every day.  I don’t think I could have done what I’ve done if I hadn’t had the tough days to begin with.”

As someone who has worked with golfers for 20 years, I can attest to the fact that many of the great breakthroughs come after they’ve endured periods of hardship.  Consider  Hogan’s crippling car accident.  Olympic Gold medalist Justin Rose once missed 21 cuts in a row.  Bronze medal winner Matt Kuchar lost his PGA Tour card in his third year on tour.  Jack Nicklaus became a “non- factor” in golf before his famous Masters win in 1986.  Ben Crenshaw won his second Masters weeks after the death of his mentor, Harvey Penick.

I always teach my golfers that failure and bad times are not inconsistent with winning golf.  Rather, they are built into winning golf.  It is how you handle the setbacks that determines the comebacks.

The takeaway for all of us living in this “new normal” of CV-19, I think, is to embrace these hard days and look for the lessons.  Try to find the lotus in the muck.  Realize that there is sometimes a “lag effect” to life’s lessons.  Now, more than ever, is the time to be thankful for the unexpected quality family time you are bestowed with, to dig deep for motivation in endless days without structure and unknown targets.  Though we can’t see the forest through the trees right now, it’s even more vital to bring structure into our lives and live an even more regimented path, so that we CAN find our way out of the thick forest.  Wake up at a set time.  Make yourself a weekly schedule.  Do home workouts three days a week.  Work on that terrifying swing change you didn’t have the time or guts to attempt mid-season.  Work on perfecting your pre-shot routine. Putt on your carpet.  Cook a gourmet meal from scratch for your loved ones.  Read the classics.

While others may wallow in these times and get bogged down by the overwhelming swamp, you can embrace the dirt and muck, double down on your commitment to better yourself, and prepare to arise at the end of all this as the lotus flower.  So, while I cannot answer for you – good or bad?,  maybe it’s just a matter of interpretation.

A final thought from the great Thomas Edison: “The reason a lot of people do not recognize opportunity is because it usually goes around wearing overalls looking like hard work.”

Epilogue:  Thank-you Dr. Gio, for giving us all some words and thoughts to help us through these tough times.  The members of The Greatest Generation became exactly that because they were children of The Great Depression who later went and won the Second World War.  They went on to put us on a path to prosperity like we’ve never seen.  Tough times don’t last but Tough People certainly do.