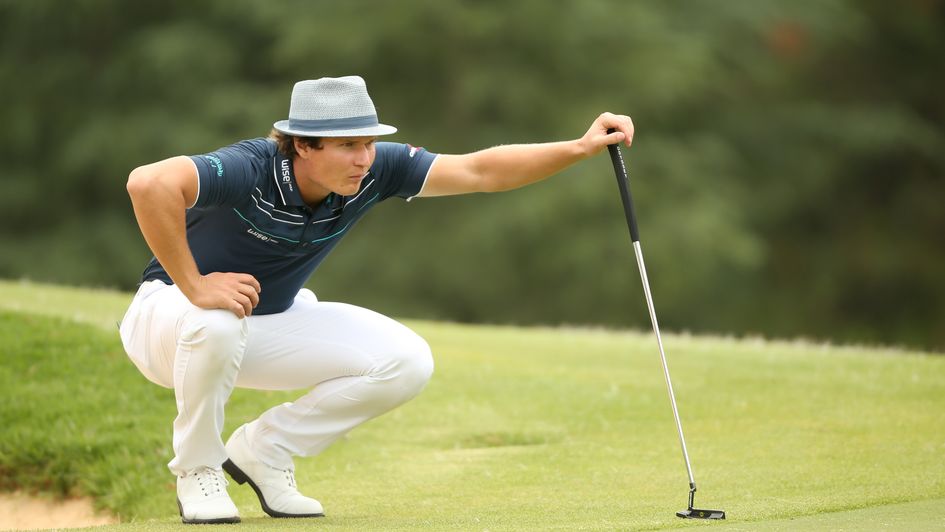 Tapio Pulkkanen had a hot putter on Thursday and the result was a career low 64.

Fin On Fire — Tapio The Hipster Shoots 64 At Italian

It’s easy to spot Tapio Pulkkanen on the golf course.

He’s the only guy on the European Tour sporting one of those hipster hats that are so popular with the millennials.

Tapio had a day like no other Thursday at the Olgiata Golf Club outside Rome.  He worked his way around the long layout, went bogey-free and thanks to a very productive putter — shot a career low 64 to take the day one lead at the Italian Open.

“I made a lot of putts today, especially on the front nine — perfect greens,” said Pulkkanen, who played the Challenge Tour in 2017 and earned his way onto the European Tour.

“I think the first year was a learning year,” he said. “Second year has been more comfortable being here. I haven’t played that well in the Rolex tournaments, so it’s kind of new situation as well, but it’s a long way to go and I feel good about my game,” he after his round.

Tapio’s 64 only gave him a one-shot lead over fake-Slovakian Rory Sabbatini.

Justin Rose, the world’s No. 5 and the highest-ranked player in this week’s field, was squarely in the hunt after an opening round of 66.

Crowd favorite, Francesco Molinari, got off to a less-than-spectacular start.  The 2017 Open champion shot an even par round of 71