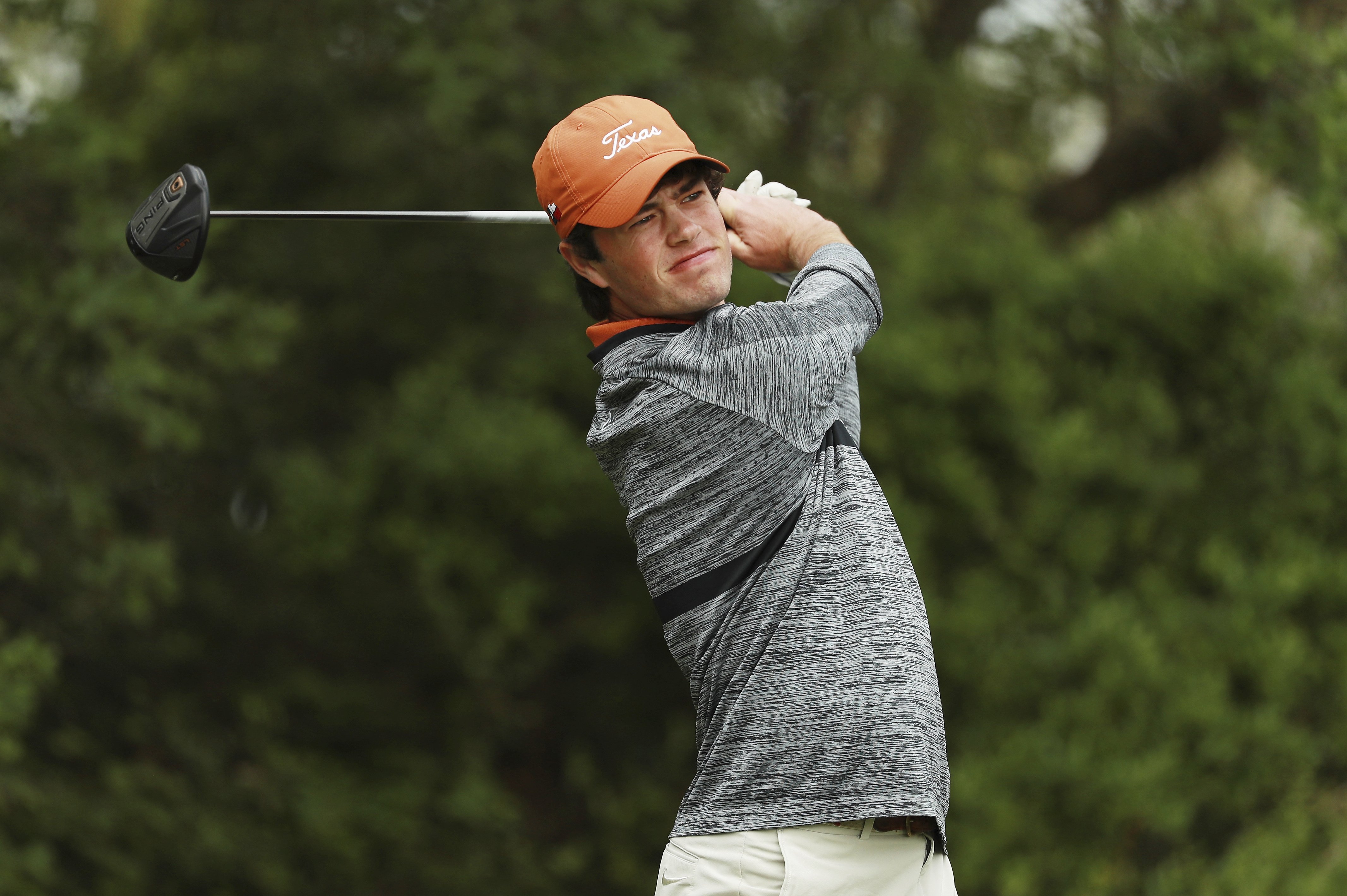 University of Texas star Cole Hammer believes he can win the Houston Open.

UT Star Cole Hammer In The Hunt At Houston Open

It didn’t matter to most folks in Texas that Austin Cook and Talor Gooch are leading the Houston Open.

What mattered most on Thursday is that their home-grown Longhorn star — Cole Hammer — was right there in contention after the first round.

Hammer overcame an early double-bogey and went on to post a five-under par 67 that left the 20-year-old from the University of Texas just three shots off the lead.

“That’s not a bad start in my book,” said Hammer, currently the world’s second-ranked amateur who is from Houston.  Hammer said earlier in the week that he was capable of winning the tournament and he let his play back that up on day one at the Golf Club of Houston.

Hammer, making just his second start in professional event and first since the 2015 U.S. Open, began on the back side of a course the Houston native has played many times. He parred his opening hole before finding the water with his tee shot at the par-4 11th. He doubled the hole but bounced right back with a five-foot birdie putt at the par-4 12th.  Other than that double, he had only one other bogey on his scorecard.

He’s in great position to not only make the 36-hole cut but he has other thoughts in his mind.   “Now, I mean, obviously it would be nice to make the cut, but I’m trying to win the tournament,” he said after his round.

The scores were low on Thursday but conditions may get interesting and pretty challenging on Friday.

A cold front was expected to move through Houston on Friday, bringing with it late-morning thunderstorms and blustery afternoon conditions. The forecast calls for 15-25 mph sustained winds on Friday afternoon, with gusts reaching 30 mph.