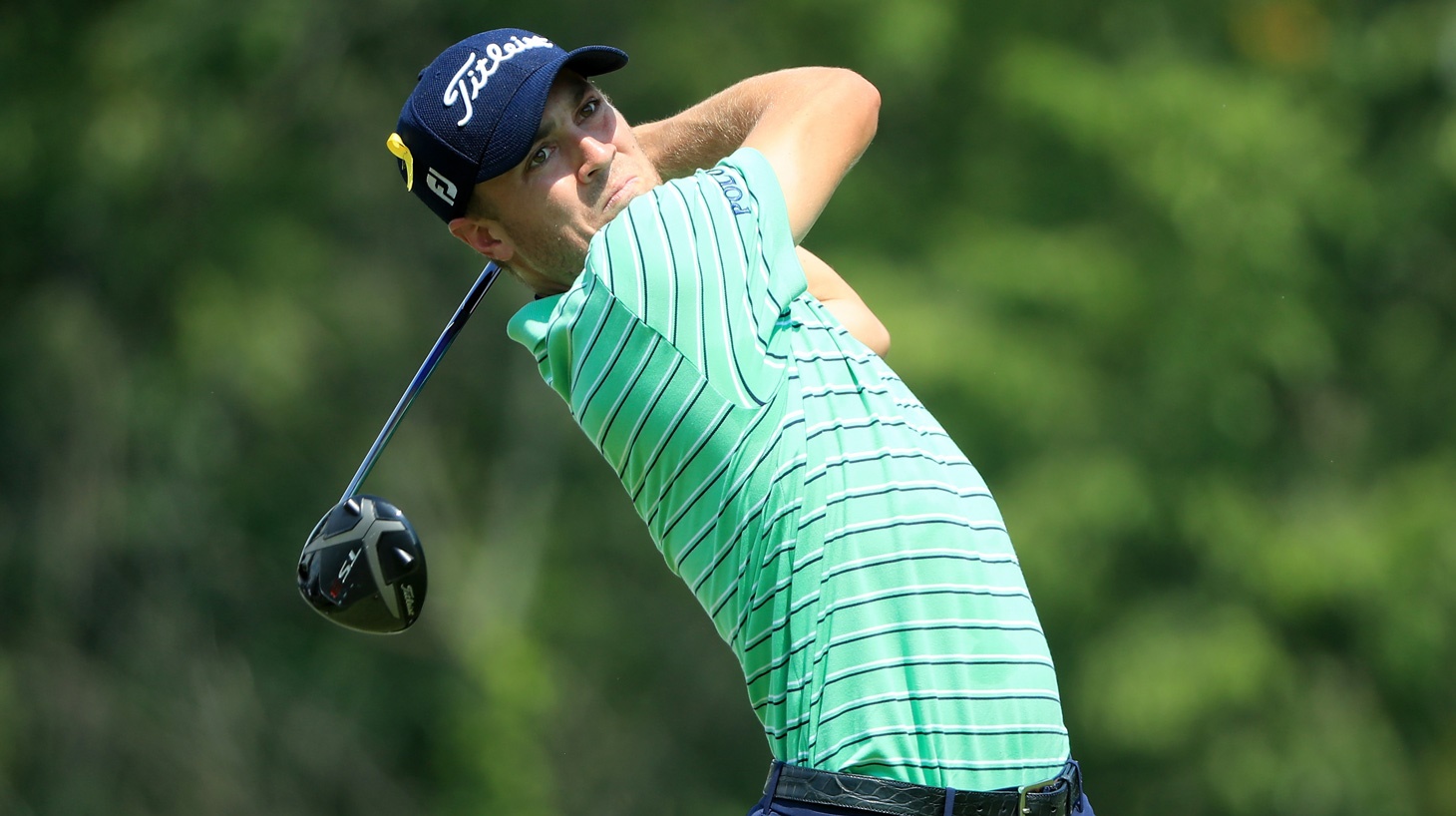 Justin Thomas led everyone in Strokes Gained Tee To Green last week at The Valspar.

Which brings us to this week’s PGA Tour stop at Quail Hollow — the Wells Fargo — and it was the course where J.T. won his major — the 2017 PGA Championship.

Since the PGA Tour has now dipped itself heavily into the slimy tank of sports betting, we’ve got weekly odds for every event and J.T. isn’t the favorite this week.  He was last week at Innisbrook Resort’s Copperhead course but the flat-stick simply didn’t treat him right.

This week’s field will be the final test for most of the world’s top players with the PGA Championship at Kiawah’s Ocean Course in two weeks.

You’ve got most if not all of the world’s top 10 and the bookies kinda like distance-obsessed, driver-crushing, rules arguing, U.S. Open-winning, Masters-floundering Bryson DeChambeau to finish on top at Quail Hollow, which is a tried and tested big boy golf course.

Problem for us is we haven’t seen Bryson since The Masters where he simply couldn’t get his carry distances correct at Augusta National.  Damn those downhill lies.

No one’s excited about No. 1 this week, especially after a fairly lame performance at The Valspar that saw him tie for 48th at two-under.  At least D.J. beat Koepka, even if it was Chase.

Hard not to pick Webbie, after all, who knows the course better than Simpson?  He plays it often and has plenty of skills to handle what Quail Hollow dishes out.  You think he knows the greens pretty well?

The bookies always like Tony Finau but if he were a race horse, we’d pick him to show, not win, not place.

Rahm’s game is suited to this layout.  Same for star-in-the-making Will Zalatoris.

But we keep coming back to J.T.

After all, putters are week-to-week and its the putters turn to heat up.

A report out of the UK this week  said the now “Super Golf League” (fomerly known as the Premier Golf League) backed by Saudi money, had offered $30 million contracts to some of the world’s best players, including Dustin Johnson, Phil Mickelson, Brooks Koepka and Justin Rose.

Well, The Sheriff Of Nottingham (aka PGA Tour commish Jay Monahan) isn’t taking too kindly to that.  He has emphasized that any player who joins that circuit will face immediate suspension and likely permanent expulsion from the PGA Tour.

Problem for such a startup is the lack of recognition in the Official World Golf Rankings, and it is those high rankings that bring in a lot of money to those guys in the top 10.