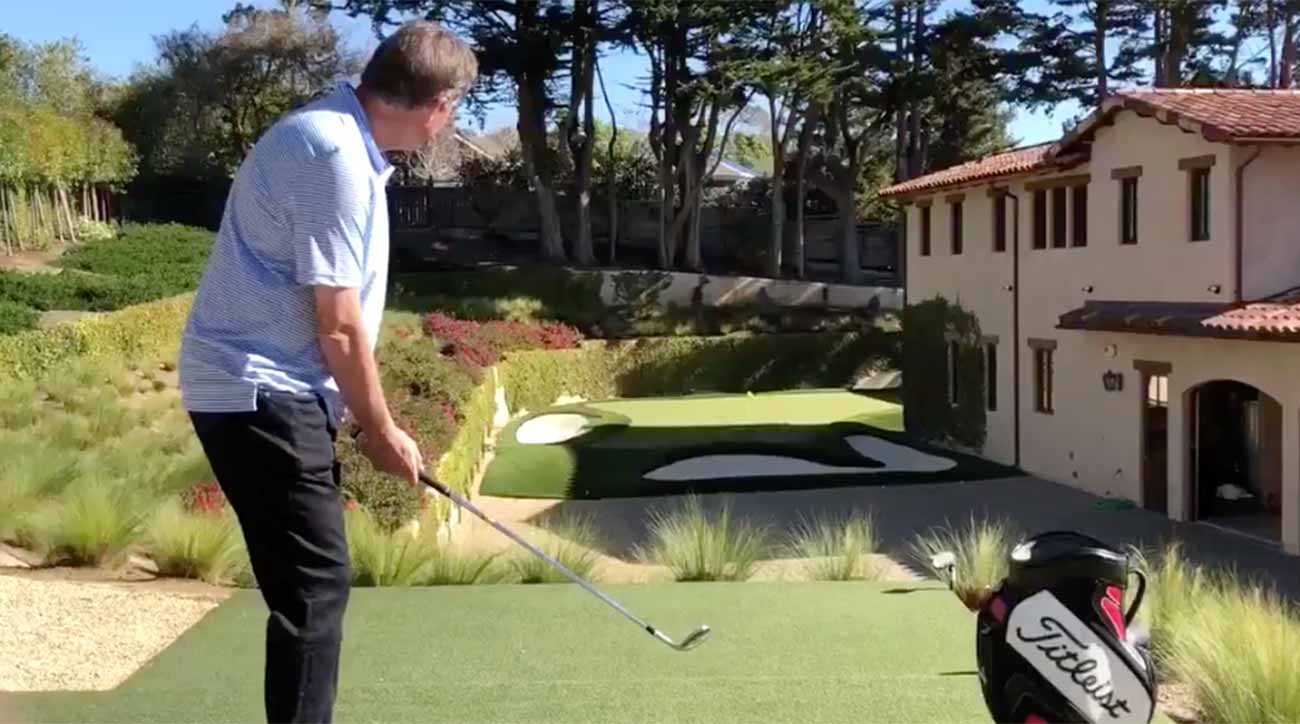 Jim Nance has a replica of the 7th hole in the backyard of his Pebble Beach home.

Posted By: Tom Edringtonon: June 14, 2019In: In The Doghouse2 Comments

We were begging for Jim Nance to save us from the buffoonery that is FOX Sports at the 119th U.S. Open.

The funny thing is, those FOX Sports buffoons were begging for Nance on Thursday.

This was enough to make anyone laugh as a certain FOX commentator begged:  “Jim Nance, we know you’re watching, come over and sit in with us.”

Nance was no doubt tucked away in his palatial retreat there at Pebble Beach, no doubt laughing at another futile attempt by FOX to seem competent enough to broadcast a major golf championship.

You think Nance is going to lend broadcast-cred to FOX with his presence?  No way.

Nance is probably sitting around his expansive pad with Mickelson or Woods or Peyton Manning or a host of other household names, chewing the fat and talking about how bad a team FOX assembles.

FOX was awful before the telecast started.  It ran an outdated special on Dustin Johnson and how he slipped and fell at the Masters two years ago.  Talk about old and stale!

Then during the broadcast, FOX was showing highlights of the Women’s U.S. Open.  Seriously?  Say it ain’t so.

FOX’s only legitimate guy, Paul Azinger, got egg on his face early.  With Scott Piercy standing on the 17th tee, Zinger declared:  “He’s (Piercy) got the best anti-left swing on tour.”  So what does Piercy do?  Hooks it way left.  Nice call, Zinger.

As for Joe Buck, he was just being his normal awful self.

There’s simply not enough room in the Dog House for all the clowns at FOX.  So we’ve expanded the back yard, where the dogs go to poop, and we’ll let the FOX crew hang out there and take in the smells — same ones that emulate from their broadcasts.