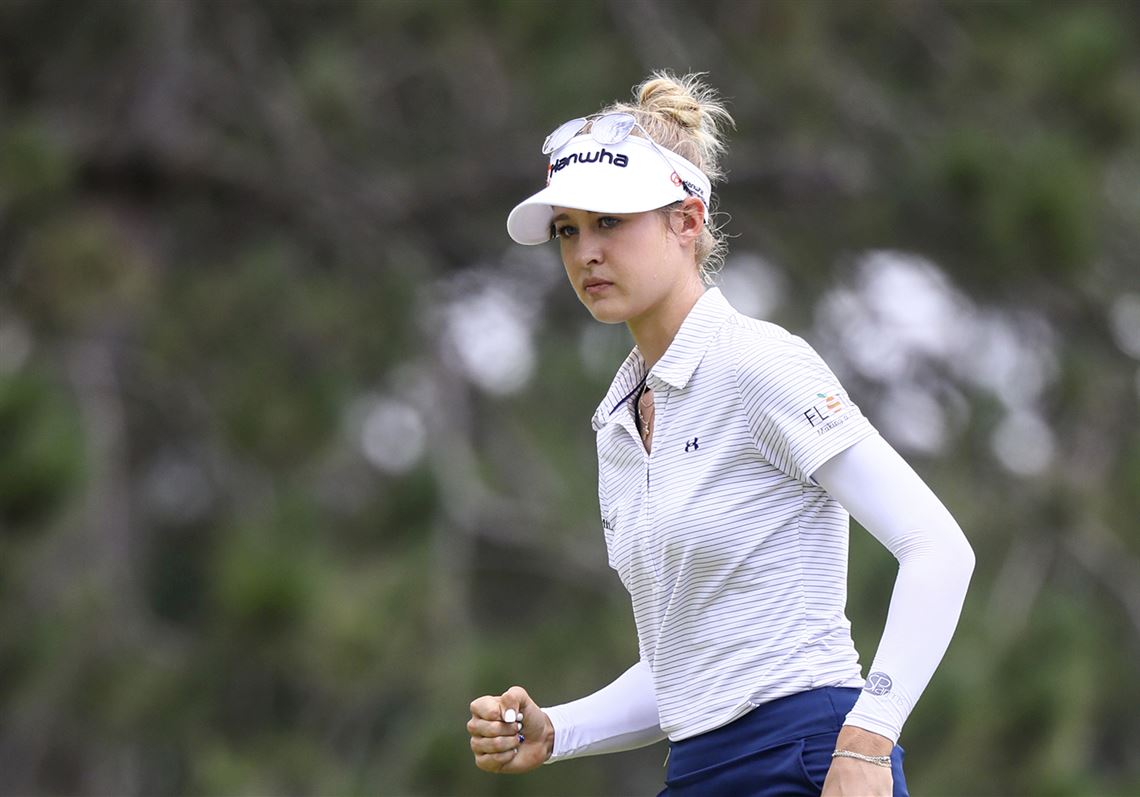 Defending champ Nelly Korda is a shot off the lead at The Swinging Skirts.

Go Nelly! Korda In The Hunt For Repeat In Taiwan

They call it the Swinging Skirts but what about the players on the LPGA Tour this week who are not wearing skirts?

Doesn’t matter, the women are in Taiwan or Chinese Taipei if you wish.  They’re coming down to the finish line for the 2019 season with the CME Globe finale in two weeks.

Twenty-one-year-old Nelly Korda is becoming a force on the LPGA Tour and she’s in position to win her third event as she’s a shot out of the lead at the Miramar Country Club going into the final 36 holes this weekend.

After holding a share of the overnight lead with an opening 66, Korda followed that up with a 67 on Friday and the defending champion finds herself at 11-under par and just a shot back of M.J. Hur, who put up a second straight 66 to post 12-under.

Korda was getting a lot of crowd support as defending champion.  “It’s definitely so special,” Korda said of being the defender. “I’m recognized by so many people now and everyone is really rooting for me. They are like, “Again! Again!” Hopefully I can get it done but there’s still a lot of golf to be played.”

I.K. Kim and Minjee Lee were two shots off the lead at 10-under while Canada’s Brooke Henderson was in at nine-under.

Nelly’s sister, Jessica, was a half-dozen back at six-under.