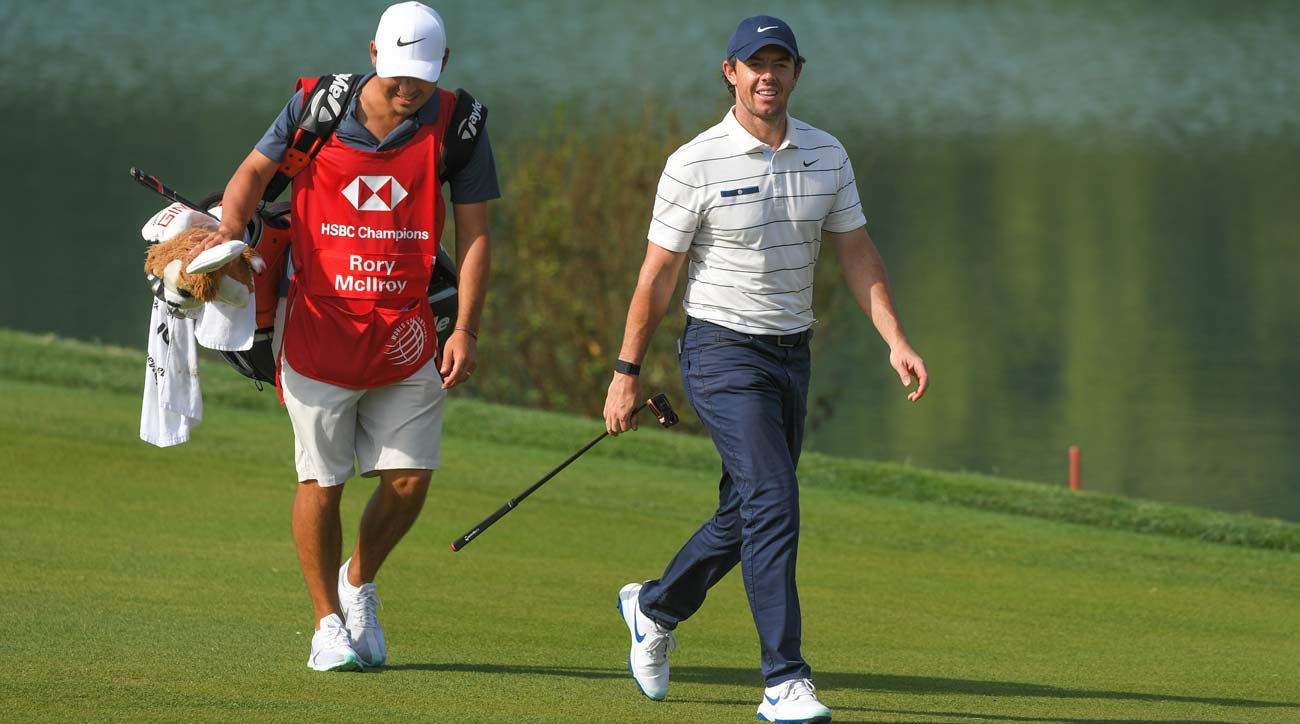 Part Two of the Great Asian Money Grab goes into the weekend and the world’s No. 2 finds himself right in the thick of it.

Rory McIlroy is a shot back of England’s Matt Fitzpatrick at the WGC-HSBC Champions and this select-field event has a whopping $10.2 million up for grabs — $1.745 million to the winner and a cool $1,045,000 as the runner-up consolation prize.

Sheshan International Golf Club is in perfect shape — the greens are like billiard tables and the fairways look like greens at an average golf course.  Add the fact that there’s been not a stitch of wind and birdies are there for the taking.

McIlroy started his Friday second round looking like he’d shoot a sub-65 score.  He rattled off four straight birdies starting at the third then lipped out another from inside 10 feet at the seventh.  He failed to birdie the par five eighth then made a sloppy bogey at nine.  After a birdie and another bogey on the back nine, he was an unimpressive three-under but turned that around with a huge drive at the par five 18th (538-yards).  He had a short iron in and his approach stopped just three feet from the hole and he’d finish with eagle.

Still, McIlroy knew conditions were right for good scoring.  “Yeah, looking at the leaderboard and looking at the scores that have been shot, it definitely was scorable. There was no wind, so it was a day to take advantage of the conditions.   It looks like the conditions are going to say that way for the next few days, but it’s nice, the last few tournaments I’ve played, I’ve had a bad opening round and then been trying to play catch up. At least now, I’m right in the thick of things from the start, which is a better place to be.”

Fitzpatrick turned in a clean card with five birdies, no bogeys.

Defending champion Xander Schauffele struggled to get around on day two.  He’s suffering from a touch of the flu bug and after a 66 on Thursday, he followed that up with a 69 and despite his weakened state, he’s just two off the lead, in at nine-under with Sungjae Im (66-69) and Adam Scott (66-69).

First round leader Haotong Li gave the home-country crowd something to cheer about with his opening 64 but the overnight leader could do no better than an even-par round of 72 on Friday and was in where he started the day at eight-under par.