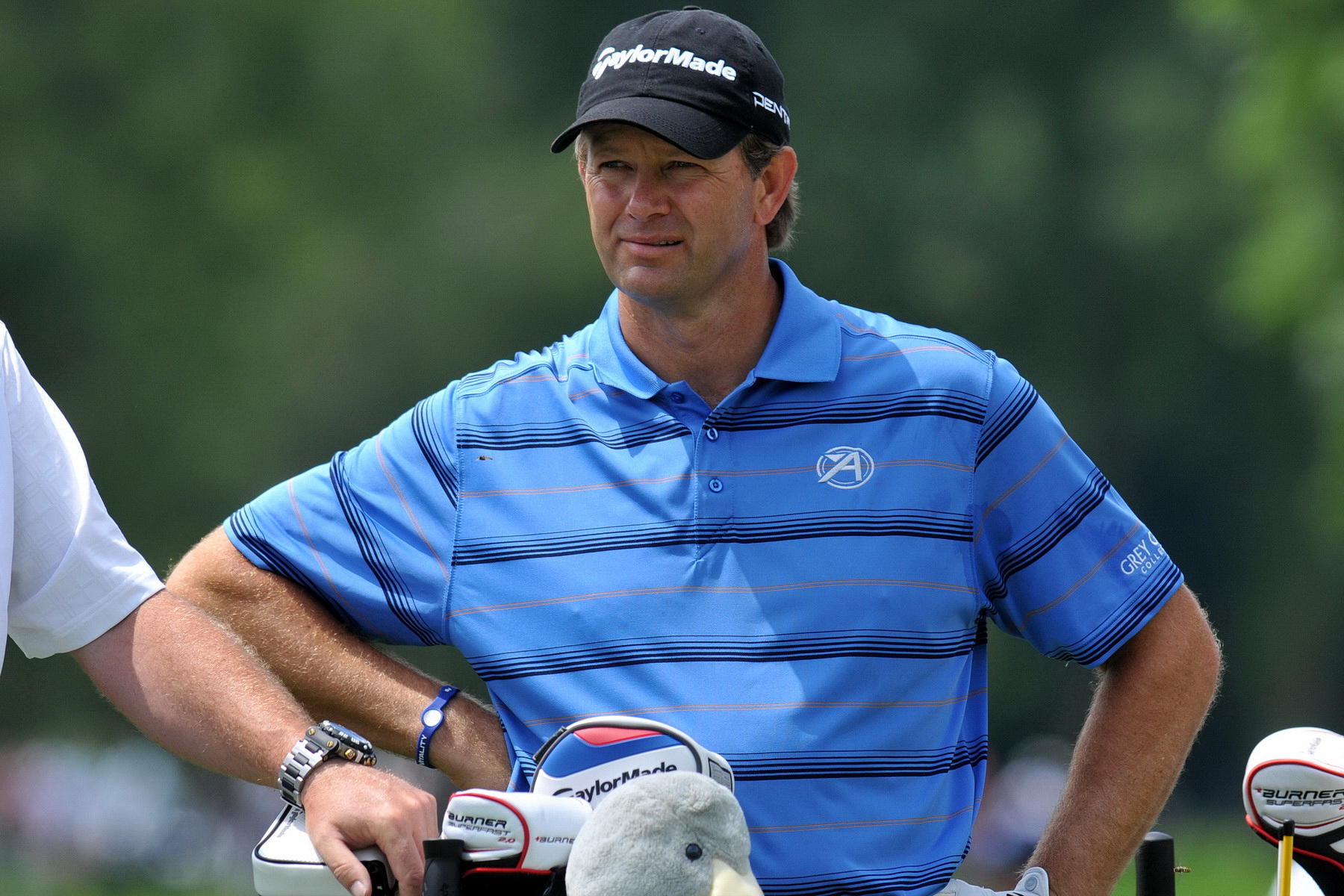 Retief Goosen had six birdies and an eagle on his scorecard.

Steve Stricker took a breather of sorts on Friday at the Senior Players Championship but Retief Goosen didn’t.

Stricker, who finished his first round on the 18th hole early in the day, posted a 64 but could only manage an even-par round of 70 in the afternoon.  That left him at six-under and three shots behind the new leader.

Two-time U.S. Open champion Retief Goosen got it going at Firestone Country Club and finished the second round with an eight-under par 62 to go with his opening 69.

The top three have separated themselves from the rest of the field.  Jay Haas, Kent Jones and Tommy Tolles head into the week a half-dozen behind Goosen.

Jhonnatan Vegas went to work early Friday at the John Deere Classic and while they say nothing runs like a Deere, nobody got it running better than Vegas.

Vegas put nine birdies on his clean card and that got him to 13-under par, good for the solo lead going into the weekend.  He’s a shot in front of Andrew Landry, who is alone at 12-under after a second straight 65.

New tour member Matthew Wolff appeared to be running out of steam.  All he could manage was an even-par round of 71 to finish at four-under, just a shot clear of the 36-hole cut, which came at three-under par.