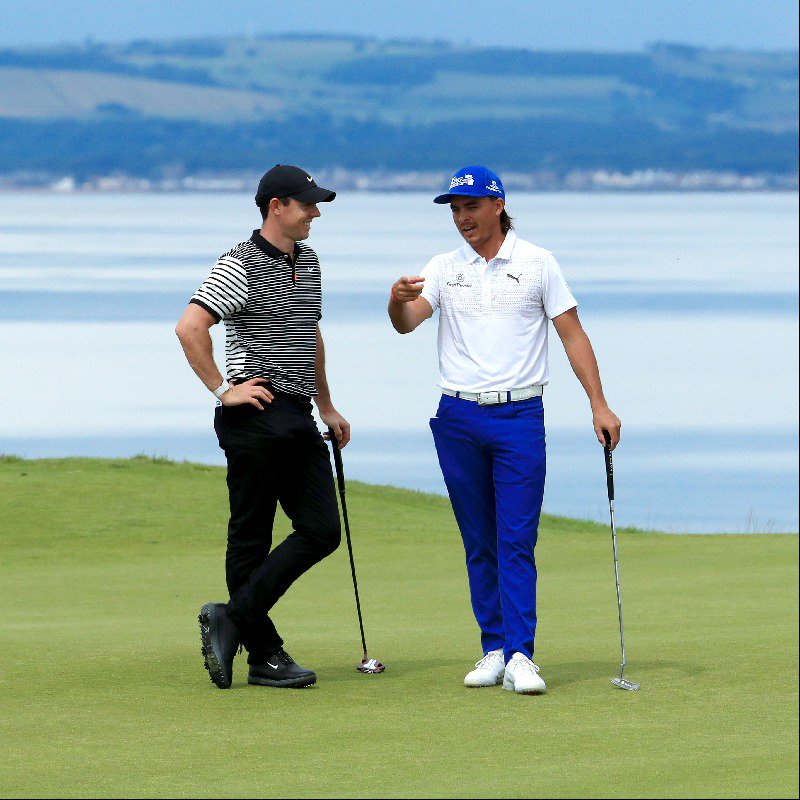 Rickie Fowler had never missed the cut at a Scottish Open.

Fowler found his game out of sorts during Thursday’s opening round and shot a one-over par 71 on a day when the rest of the field was shooting lights out at the Renaissance Club.

Fowler recovered enough to stage a comeback on Friday but it fell a shot short.  Fowler’s four-under par 67 wasn’t good enough for him to make it to the weekend.  The cut came at five-under par.

Three players are tied for the lead at 14-under — Lee Slattery (64-64), Erik Van Rooyen (64-64) and Bernd Wiesberger.  Wiesberger recorded the low round of the tournament on Friday with a 10-under par 61.

Henrik Stenson was two shots off the lead after a second straight 65.

Rory McIlroy is six shots back after a pair of 67s.  First round leader Matt Kuchar cooled off with a one-under par 70 and is in at nine-under par.

Three American players are sitting near the top of the scoreboard at the Marathon Classic going into the weekend.