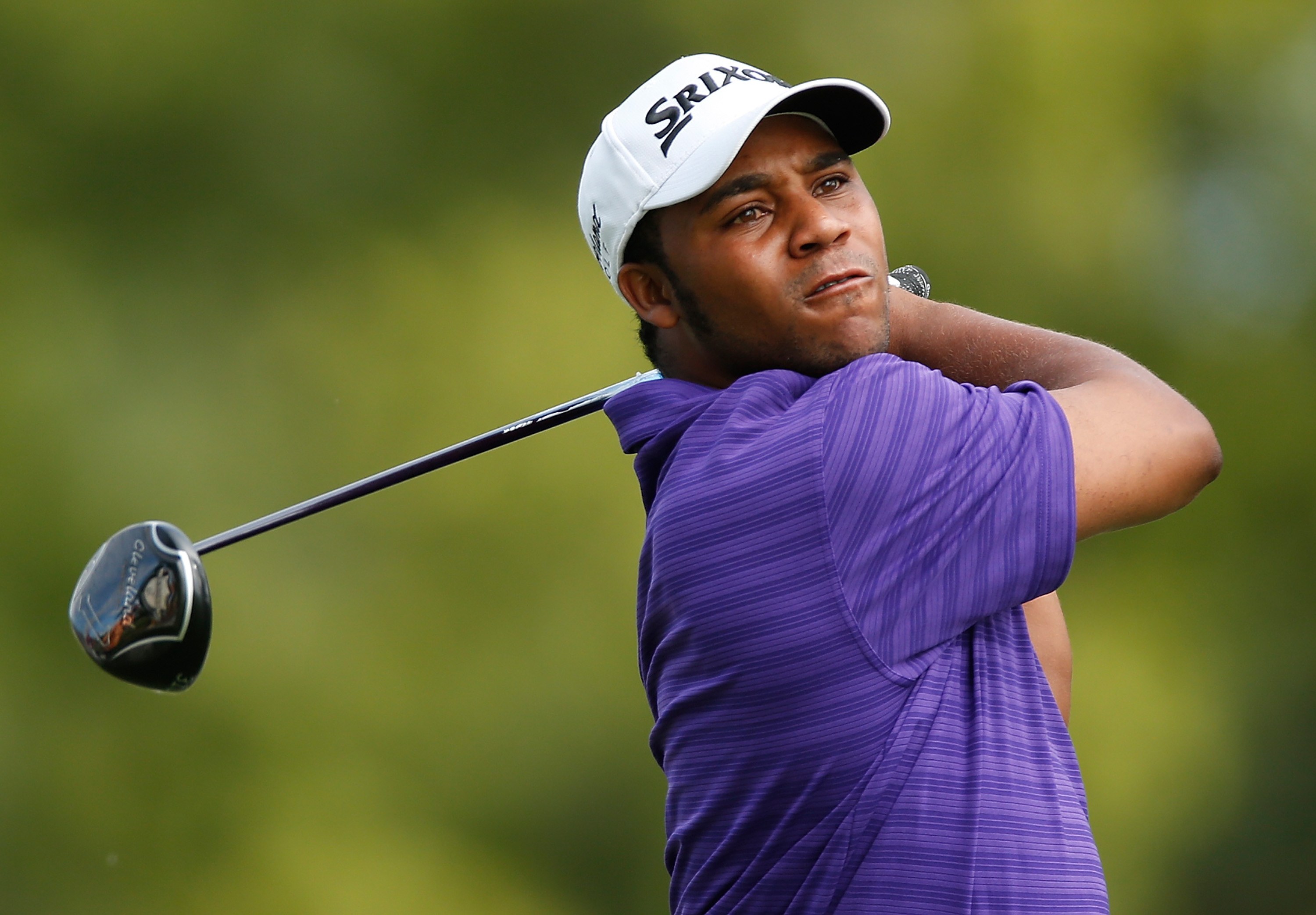 Harold Varner III had a big Sunday and moved into the top 25 in the FedEx playoffs.

Harold Varner III was up against it coming into the Northern Trust.

He’d made the first round of the playoffs last year but coming in this year, he’s was 102nd on the FedEx Cup  points list and the former East Carolina University golfer knew he’d have to play well or make it another one-and-done in the playoffs.

Varner not only played well all week, he was in the thick of the chase Sunday with a legitimate chance to win his first PGA Tour event.

Then at the par four ninth, he hooked his tee shot in the water hazard left, hit his third into a greenside collection area and failed to get up-and-down.  He walked off the green even par.

Varner would bounce back with three straight birdies starting a the 12th hole.  He was 14-under and charging.  At the short par four 16th, he was just inside seven feet for birdie and missed then at the 17th he was looking at an eight-footer for another birdie.  Missed that one.

He’d finish tied for third at 14-under par but didn’t hang his head over the missed opportunities that could have led to victory.

“I’m super-excited,” Varner said afterward, knowing that he’d moved into the magical top 30, moving to 29th.  It was the biggest single move by any player in the first round of the playoffs — 73 spots.

“I tried not to get ahead of myself today and I think I did a pretty good job of that,” Varner said.

He did a good job all week, putting four good rounds together to get his best finish of the season.

“To to be honest with you, I’ve been playing really well this whole year. I just have had one bad round. It was nice to put it all together and the greatest part about it is like you just keep waiting for opportunities. You stay patient and you keep doing the things that you believe, and you know, it paid off today.

He didn’t cry over those missed birdie putts down the stretch.

“You hit a lot of putts in your career and you miss some, and to be honest, this is the best finish I’ve had on tour. So I’m going learn something from this. It’s my journey. I’m running it and I’m super excited to be on it.”

He’s looking forward to the BMW at Medinah.

“I’m excited to be going to Chicago,” he said.  “I’ve never been to Chicago.”

He’ll get to celebrate his 29th birthday there on Wednesday.