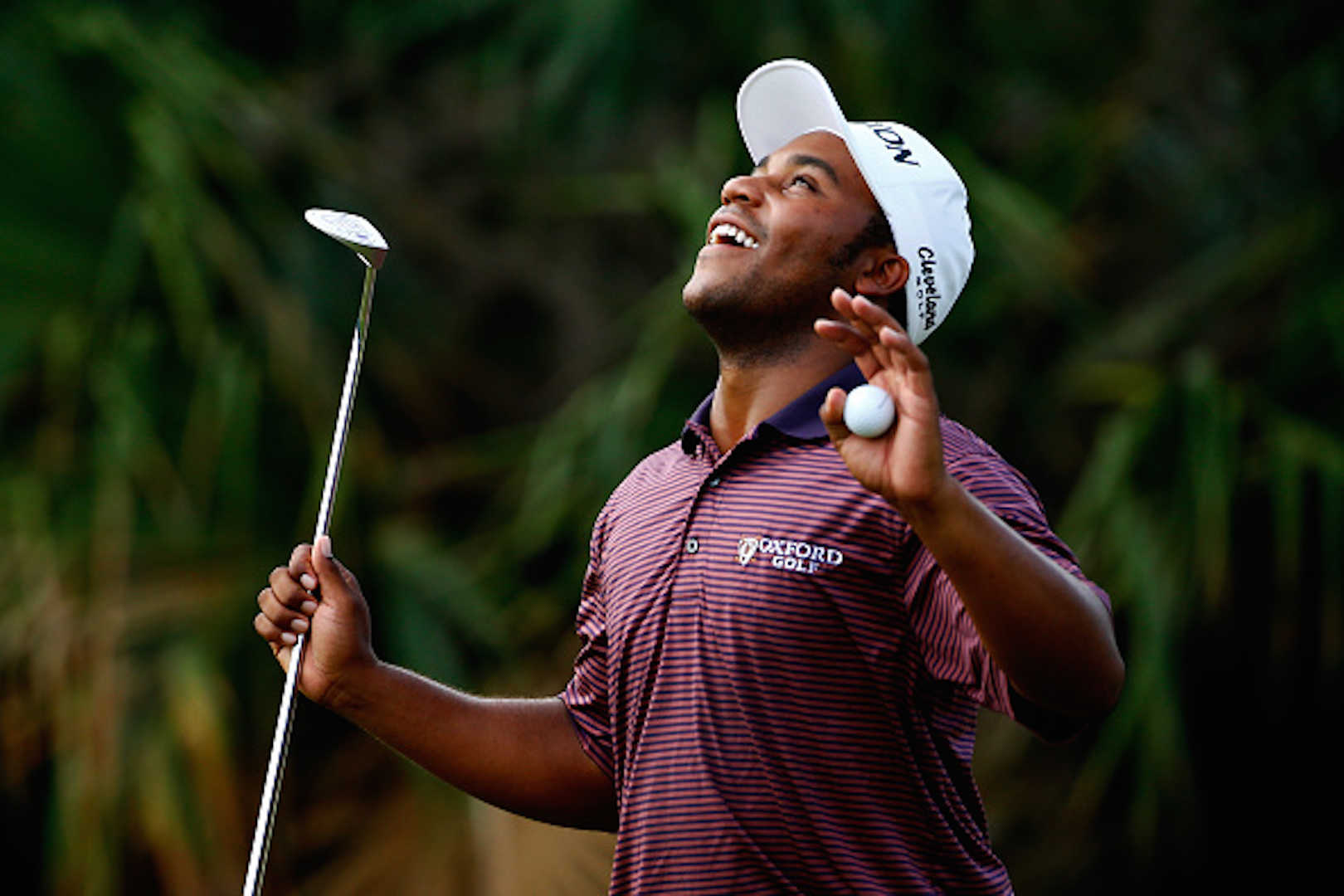 Harold Varner III let his feeling as a fan get him in trouble.

We’re here to rescue a fellow East Carolina Pirate from the controversy that is Cam Newton, or should we say Cam Newton’s recent highly-flammable remarks made this week to a female reporter from the Charlotte Observer.

At a Wednesday press conference,  here’s the controversy that arose:

“Cam, I know you take a lot of pride in seeing your receivers play well. Devin Funchess has seemed to really embrace the physicality of his routes and getting those extra yards. Does that give you a little bit of enjoyment to see him kind of truck-sticking people out there?” .

Then Newton started laughing to himself and replied:

So that stirred up nothing but trouble for Newton, the Panthers and the NFL.

Hasn’t been a great year for the league so far.

Varner is a small town youngster, ECU class of 2012.  His dad works for a car dealership.  Harold’s one of the good kids on tour, down to earth, nice with fans, loves the game, has an infectious smile.   He’s also probably the best player to come out of ECU.  He earned in excess of $1.3 million in 2016.  This past season he hustled down the stretch to make the top 125 then got to the Dell and the second leg of the playoffs.  He made the top 100 but didn’t make it into the final 70.  Still, a good year with nearly $919,000.  It’s probably safe to say there’s not a lot of members of the ECU class of 2012 hauling in that kind of money.

Right after the Newton controversy, Harold ran into the quicksand that is an athlete’s worst enemy — Twitter.

If there’s one thing Varner is guilty of, it’s the fact that he’s a huge Carolina Panthers fan and a big Cam Newton fan.  Unfortunately, Harold, thinking with this heart more than his mind, took to Twitter to try and throw Newton a life-preserver:

“What law does it say you can’t think it’s funny that a woman is talking about routes?”

Varner got a lot of backlash for that Tweet and rightfully so.

There’s no defending Newton on this one.

“Y’all would be mad if he didn’t answer any questions.  All I’m saying, he can’t win.  He speaks then you tell him what to say.”

Sorry Harold,  stop it, stop there.

Then a person from the Twitter-sphere directly posed this question to Varner:

“I’m  pretty sure you would never treat a reporter like that.  Am I wrong?”

End of the quicksand slide.

The reaction to Newton’s gaffe was quick by one of his sponsors.  Dannon Yogurt informed Newton’s management that his services would no longer be needed as a spokesman for the brand.

The PGA Tour as an entity and players individually rely heavily on sponsors.

Varner knows that and he’ll know better next time.

This is one time when it would have been best to say nothing, let Cam stew in his own juices, so to speak.

Varner didn’t  let the blowback affect his play during Thursday’s first round at the Safeway.  He shot 69, got himself  in contention.

Watch out for Twitter,  Harold.  It can bite you in the butt.

And as far as the NFL is concerned, watch out for those guys as well.

They haven’t been all that smart this year.