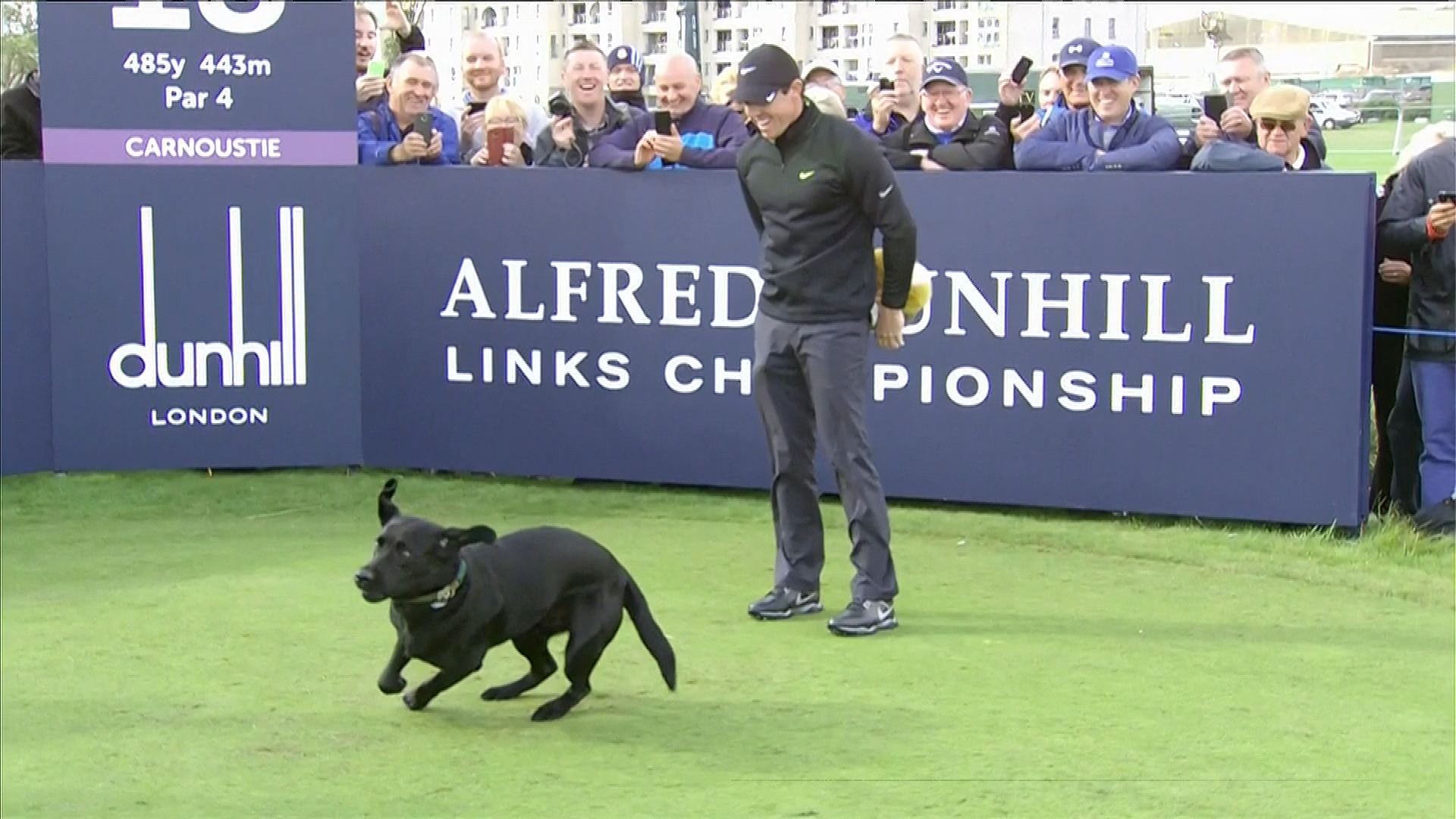 Rory McIlroy's game went to the dogs on Thursday at The Old Course.

Rory McIlroy Had A Rough Day At St. Andrews

The sad fact is that McIlroy will most likely finish his 2017 season without a victory on either the PGA Tour or the European Tour.

McIlroy saw to that Thursday at the home of golf — The Old Course at St. Andrews.

On a day when last week’s winner, Paul Dunne, opened on the hallowed links with a 67, Rory struggled and posted 73.

The final hole at St. Andrews pretty much summed up McIlroy’s season.

Playing downwind, and there was some pretty decent wind Thursday, McIlroy stood on the tee box and promptly drove the green.  His ball finished just 10 feet, yes, 10 feet from the hole for a possible eagle-two that could get McIlroy back to even par for his round.  He didn’t even hit the hole from 10 feet.  In the group before him, elderly Ernie Els putted in from off the green for eagle two.  The hole was almost playing like a lengthy par three on that day.

Dunne finished the day as the leader, along with long-hitter Nicolas Colsaerts.

Both played the Old Course, which was yielding the most low scores of the three courses (Carnoustie, Kingsbarns, Old Course) used for this unique championship.

Rory’s rough ride continued Friday as he was over par through the early part of his round at Carnoustie, referred to as “Car-nasty” by the players.