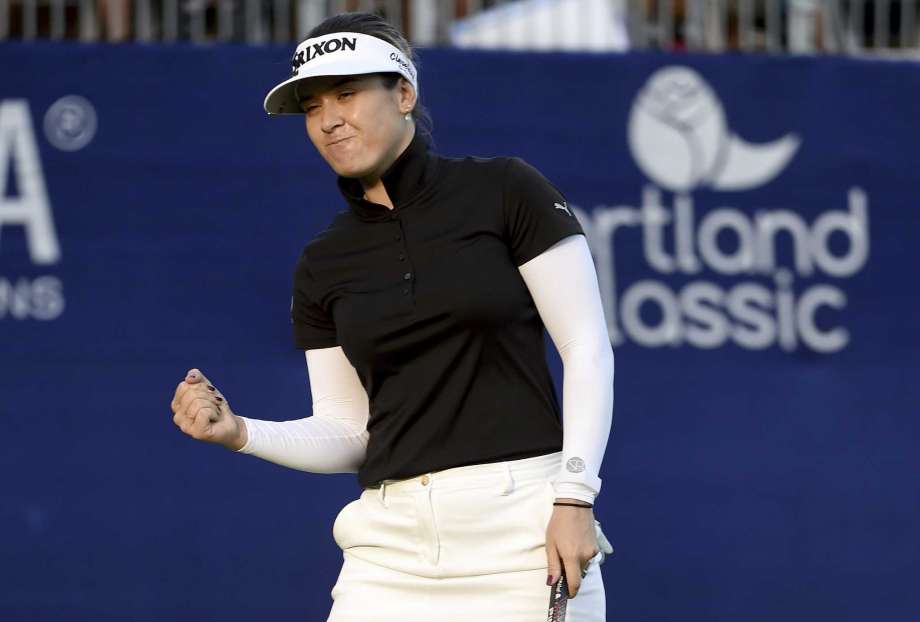 PGA champ Hannah Green made up four shots over the final four holes.

Posted By: Tom Edringtonon: September 02, 2019In: In Other News...No Comments

The teenager who turned pro this year was looking to win the Portland Classic as a Monday qualifier and things were right there for her with four holes to play.

Noh, who held the 54-hole lead, had a three-shot advantage over PGA champ Hannah Green with four holes to play.

Noh’s inexperience showed in the end.

Green birdied the 15th then watched Noh make bogey at 16 when she couldn’t get up and down from just over the green.  Another birdie by Green at the 17th squared them both at 21-under with the final hole to play.  Noh caught the fairway bunker to the right, Green’s drive was perfect.  Noh then thinned her bunker approach over the green, hit a poor chip and missed her par attempt from 15 feet to hand the title to Green, who easily two-putted from 18 feet for the win.

“I don’t want people to think that I won a major championship and that’s all I’m going to do. I just want to make sure that I’m consistent,” said the 22-year-old Green, who won for the second time. This course is really tough.  I had to stay patient. I was giving myself opportunities.”

The 18-year-old Noh, who turned down an offer to play for UCLA, was playing in her seventh event as a pro.

Noh was trying to join Canadian Brooke Henderson, who won the 2015 Portland Classic, and Laurel Kean, a winner at the State Farm LPGA Classic in 2000, as the only qualifiers to win in LPGA history.

“It’s hard,” an emotional Noh said after the round. “I tried my best. My shots weren’t going how I wanted today.”

American Brittany Alomare’s 69 got her to 17-under and she took solo third.