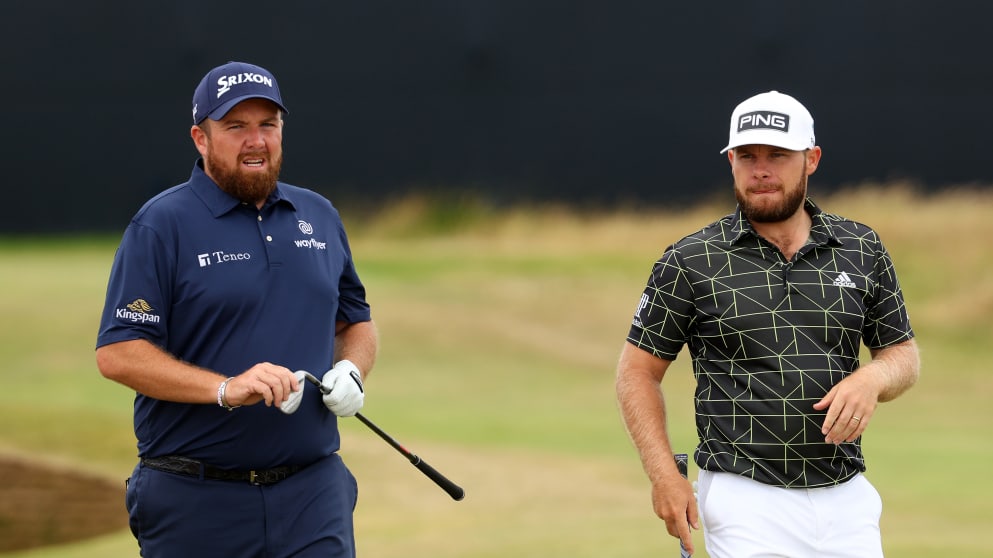 Shane Lowry and Terrell Hatton will play on the Great Britain/Ireland side.

The U.S. has the Presidents Cup.  Now Europe has finally countered with this week’s new DP World Tour event — the Hero Cup.

The PGA Tour came up with a marvelous idea to create more money for itself and to give the incoming Ryder Cup captains a look at potential team members in actual match play action — lo and behold — the Presidents Cup.

Europe didn’t have anything to counter that until now.

There are 10 players on each team and the two teams will compete over the next three days (Jan. 13-15).  There will be one session of fourball (best-ball) on Friday.  Two sessions of foursomes (alternate shot) on Saturday.  Action wraps up with a singles battle on Sunday with all 20 players in action.

Note that Nicolai Hojgaard is subbing for his twin brother Rasmus, who is nursing an injury at the moment.

The venue is the Abu Dhabi Golf Club, which will also host next week’s HSBC Championship — the DP World Tour’s first full-field event of the new season.

Europe is in a rebuilding process with its Ryder Cup team.  Aging European stars Sergio Garcia, Lee Westwood, Ian Poulter and Paul Casey have all defected to the LIV series.  Team Europe does have a solid nucleus — Rory McIlroy (No.1), Jon Rahm (No. 5), Matt Fitzpatrick (No. 9) and Viktor Hovland (No. 10) — all are in the world’s top 10 in the Official World Golf Rankings.

Europe’s second tier will have Shane Lowry (No. 20), Fleetwood (No. 24) and Hatton (No. 26).  So that’s seven out of the 12 eventual spots on the European Ryder Cup team.  Now consider the success that Sepp Straka and Seamus Power are having on the PGA Tour and they’re likely to be on the Euro squad in September.  Straka is currently ranked No. 27, Power 29.

The one LIV player who has gotten support from Fitzpatrick is Sergio Garcia.  But it’s a very, very long shot that any LIV players will be in the Ryder Cup.  None will make the U.S. team and the DP World Tour goes to court next month in attempt to suspend LIV guys from its ranks.  If that happens, scratch any possibility that LIVers would make it to Europe’s side.

Europe also has a dilemma — what to do with Francesco Molinari.  He was a non-factor on the PGA Tour last year.  He’s fallen to No. 164 in the world rankings and was 148 in the FedEx Cup standings last season.  He’s still exempt, using his exemptions from the 2018 Open Championship.  Unless he has a complete turnaround this season, he might not make the team even if he is from the home country.  Can you say Vice-Captain?

So yes, the face of the European Team will change.  There’s new talent and a really, really solid nucleus.

September isn’t that far away.