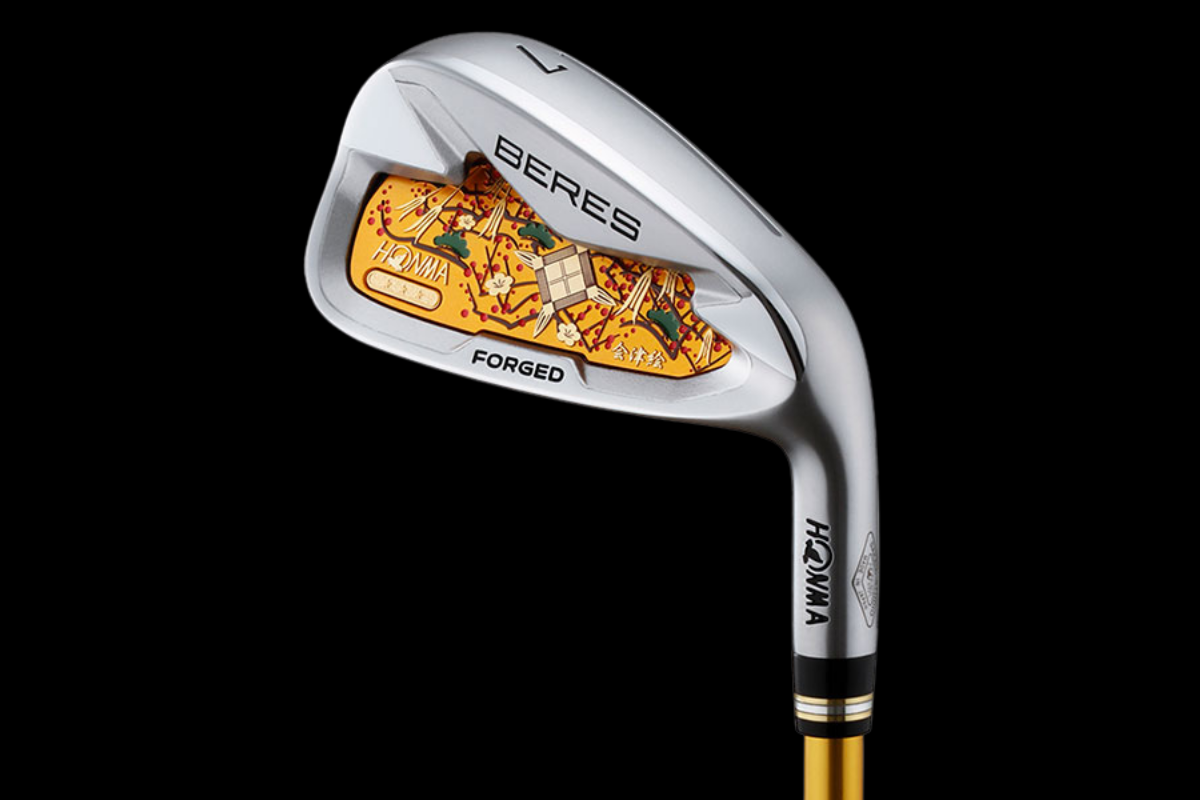 It sure sounds like it but over in the Land Of The Rising Sun, the folks who run Honma sound like they’ve gone totally off the deep end.  You may or may not know that Honma is known for its “luxury” market clubs in Japan and now they’ve come up with something that make Bob Parsons look cheap.

Let’s talk about the Beres Aizu irons.  The name comes from a Japanese traditonal hand-brushed coating technique used on bowls, paintings and other high-end “stuff.”  You see gold accents on the irons and woods.  The irons actually have a range from the low end ($400 per iron) up to the ridiculous $4,950 per club.

There is a “black line” of irons and woods that features a modern black PVD coating throughout the series.

Target players for these have moderate to slower swing speeds, which just about entails everyone in the country not named Hideki Matsuyama.

Honma has hybrids and they cost minimally $550 each.

You may or may not recall that Honma forked out a ton of cash to Justin Rose in 2019 to play the clubs but by June of 2020, Rose and Honma decided to call it a day and there was a quiet split without much hulabaloo.

So where’s the market for a $40,000 set of irons?  Well, the Saudis don’t play golf, they simply fund golf ventures.