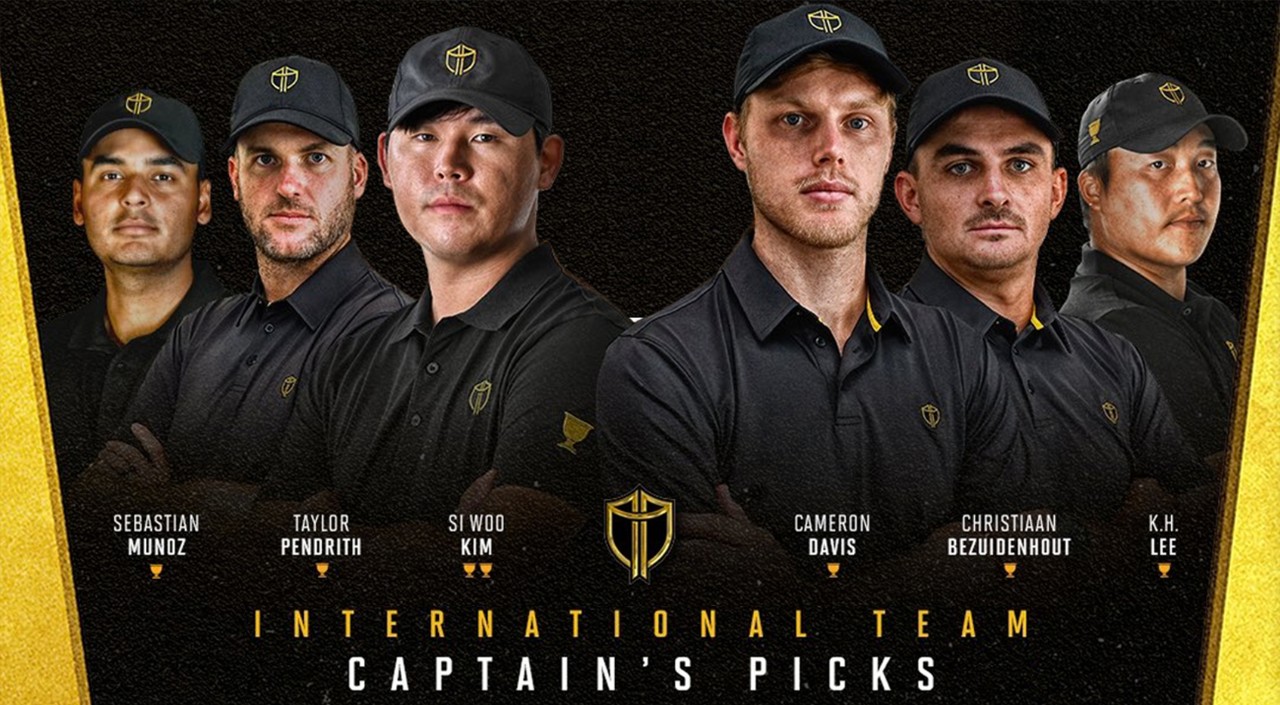 Trevor Immelman was on the spot this week but by Tuesday, he basically did the best he could with what he had to work with as far a piecing together his International squad for the upcoming Presidents Cup matches.

On paper, the U.S. squad is overwhelming.  But that’s the way it was at the last meeting in Melbourne in 2019.  Captain Ernie Els did an amazing job of creating team spirit and as a result, the Internationals led 4-1 after day one and 6 1/2 to 3 1/2 after day two.  After the Saturday morning round, it was 9-5 in favor of the Internationals and it took a U.S. afternoon rally to cut it to 10-8, Internationals, heading into the Sunday singles, where the U.S. rallied and eventually prevailed, 16-14.

“Yeah, I don’t really think I have to play the underdog role up I think everybody knows it,” Immelman said this week.   “Everybody sees it clear as day. Our team has had a lot of adversity thrown at us over the last year or so. But adversity makes you stronger.”

Team bonding was the key at Royal Melbourne (2019), where Immelman was an assistant to Els. It was one great team united under one banner – a newly designed team crest – rather than a team of talented individuals carrying their various flags. Previous International teams wouldn’t come together until the end and it was usually too late to impact the leaderboards. Els changed all that. He got rid of the cliques.

Trevor got his gang together for a scouting trip to Quail Hollow outside Charlotte, scene of the matches that start September 22.

“It was an amazing experience for all of us to spend a little time together and get an early look at the golf course,” Immelman said. “The thing that excites me the most is — I know now that we have 12 players that are hungry, and we have 12 players that wanted to be there.”  The only player absent from Immelman’s outing was Matsuyama, who was back in Japan getting treatment for his neck injury.

Yes, this go-round was a challenge for Immelman, who saw his roster of potential stars on his team gutted by LIV defections — Cam Smith, Marc Leishman, Abe Ancer, Joaquin Niemann and Carlos Ortiz, who all took the Infidel money and fled.

Immelman had the correct term for the LIV when he referred to it as “a pain in the ass.”

Regardless of the pain, his team is set.

Several International players spoke up this week and the common theme was — the challenge is tough but International spirits are running high.

It’s match play which means anything can happen.