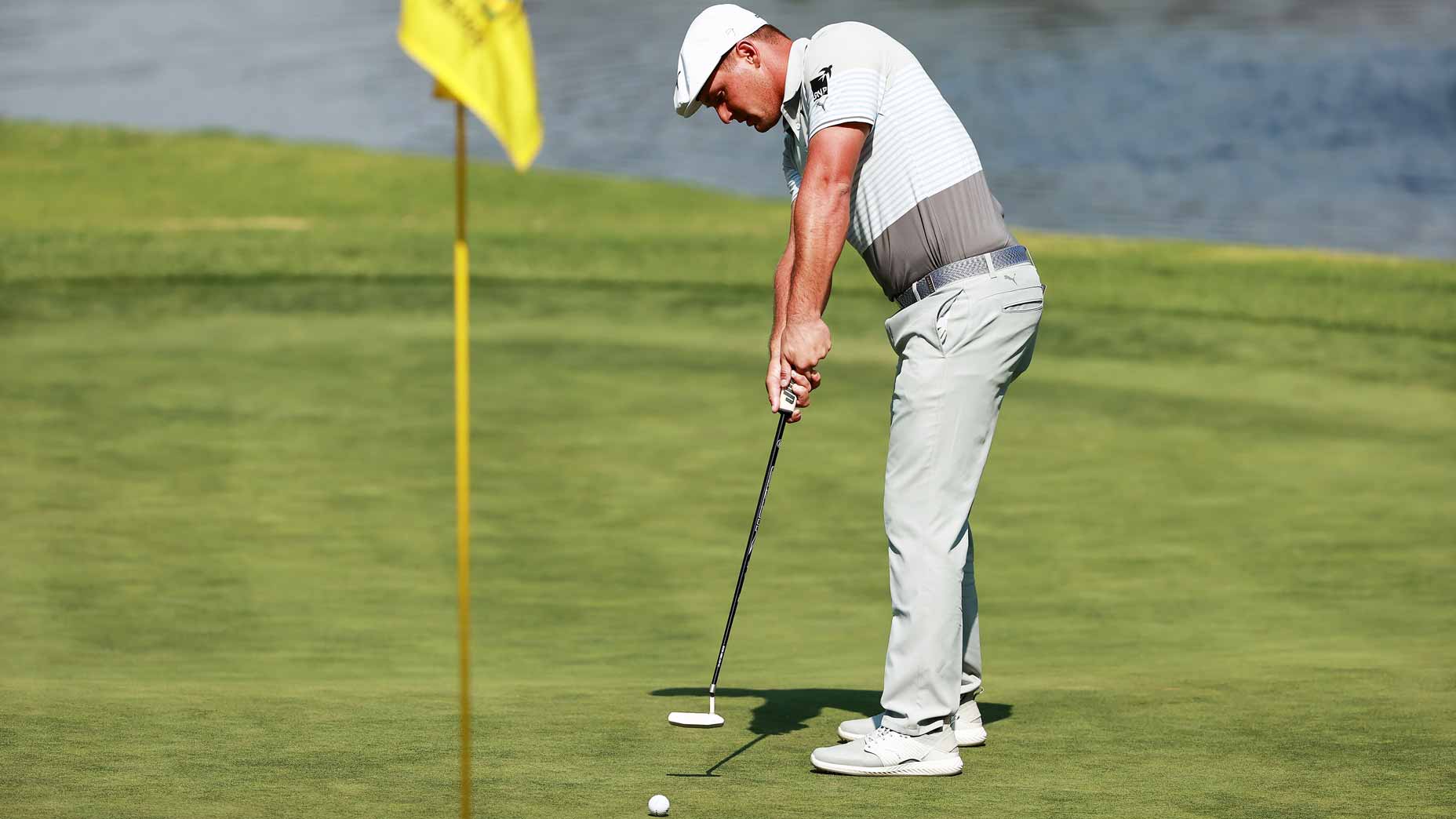 Posted By: Tom Edringtonon: October 01, 2020In: The Lesson Tee2 Comments

You can bet that if there’s a game-improving technology, Bryson DeChambeau will be all over it.

Putting used to be the weakest part of DeChambeau’s game — totally.  You recall he was searching, even tried side-saddle until the USGA said “NO.”

Fast forward to the 2020 U.S. Open and DeChambeau’s putting was part of an overall short-game effort at Winged Foot that was nothing short of eye-opening.  Even that final 12-foot downhiller for par wasn’t that easy and Bryson buried it to shoot a mind-numbing six-under on his way to his first major championship.

Descending Loft Technology is a trademarked, patented face design that uses four different lofts on the face of DeChambeau’s putter — starts at 4 degrees at the top then goes to 3 degrees, then two then one at the bottom.

There are four flat surfaces on the face of his putter, each is milled into the face. Each plane descends in loft by 1° from the top of the face to the bottom of the face as we indicated above.. When the putter shaft is pressed at impact the ball contact will be higher on the face, same is true in reverse. The technology helps delivers consisten launch angles from putt to putt which lead to more consistent and predictable rolls.

“It’s physics,” is how DeChambeau begins the discussion.  And we all know how science and physics have become Bryson’s calling card.

The way DeChambeau describes his progress with the DLT (descending loft technology) in simple terms:

“At first I felt like a first grader in putting.  Now I feel like a college graduate.”

Click on this link and you can listen to Bryson talk about the putter, the technology and how it’s worked for him:

If you had to pick the most improved putter on the PGA Tour over the past year, you’d have to put DeChambeau’s name at the top of the list.

There hasn’t been huge amounts of new technologies when it comes to putters.  This DLT technology from SIK may be a game-changer.