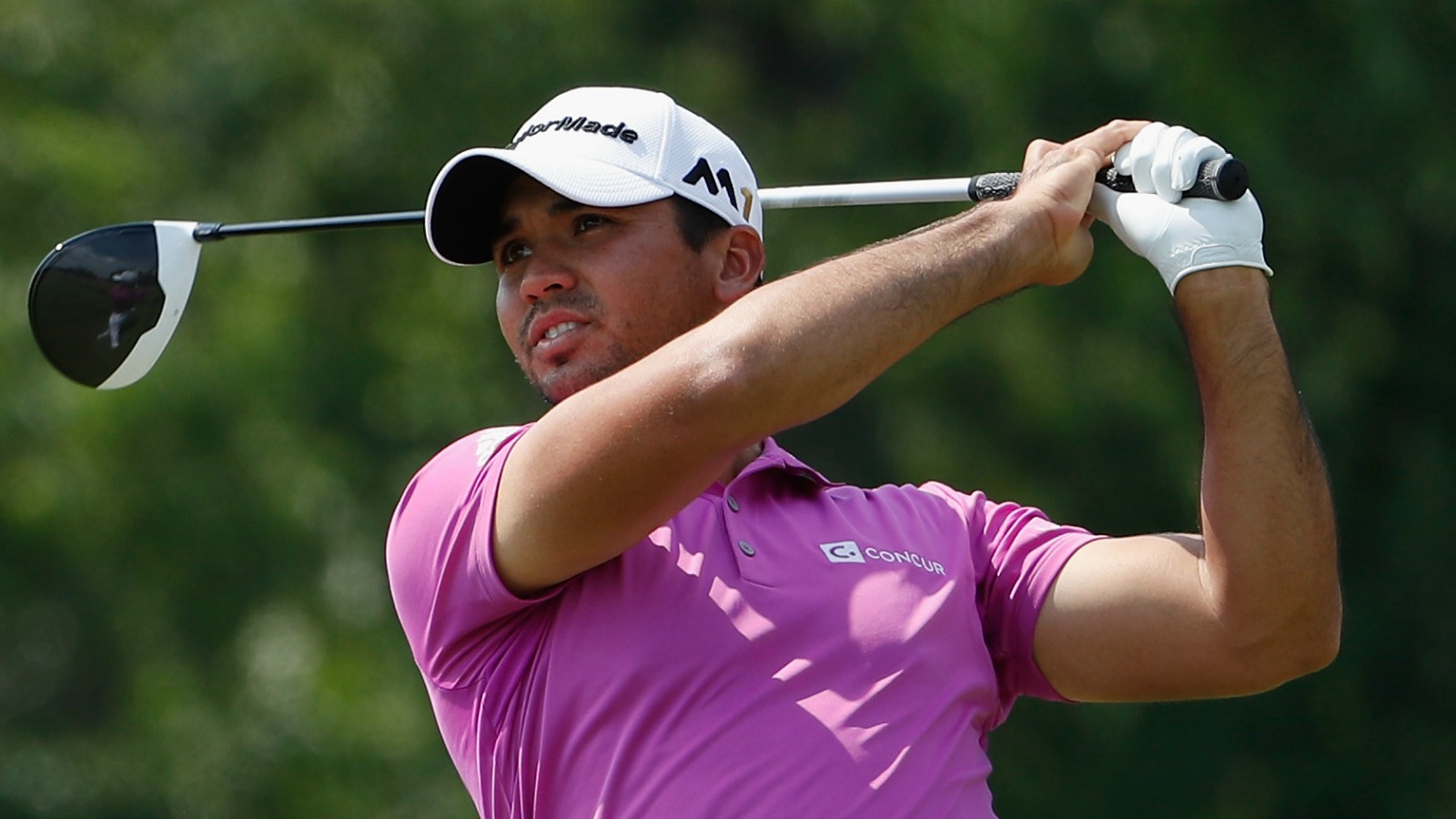 Posted By: Tom Edringtonon: May 05, 2022In: PGA Tour NewsNo Comments

Jason Day is alive and feeling good again — it’s been a long time since he reached No. 1 in the world back in 2015 and four years have passed since his last PGA Tour win, which just happened to come at the 2018 Wells Fargo.

Day won that Wells Fargo at its normal home — Quail Hollow — but he found the TPC Potomac to his liking on Thursday as he turned back the clock, put eight birdies on his scorecard and shot a seven-under par 63 to take the first round lead in this away-from-home Wells Fargo.

Day showed some promise with a third place finish earlier this season at The Farmers and has been enthused by the fact that his body has been pain-free for a while.

“I’m a long way from being that confident in myself,” he said, recalling how he felt when he was the best player in the world.  “I feel my game’s progressing nicely.  Physically, I’m good and that’s very encouraging.”

Day started with three front nine birdies then came up with five more coming home.  The only hiccup in his round came at the par four 13th where he found the fairway but hit his only poor iron shot of the day.  It came up short and he didn’t get up and down and suffered his only bogey.

Overall, he missed only two fairways and hit his irons the way he used to when he was a consistent winner on the PGA Tour.

It was hard to recognize Joel Dahmen at TPC Potomac.  He shaved his mustache and ditched his usual floppy sun hat for a baseball-style cap.  He got off to a magnificent start with six birdies over the more difficult front nine.  His putter was hot but it cooled off on the back nine.  It was a totally different experience.  He was one-over for that nine through the first seven holes.  At the par three 17th, he nearly made an ace.  His ball sniffed the hole before it stopped six feet from the cup.  He made that putt to get back to six-under but missed a great chance to tie for the lead.  He had a good look at birdie from just 12 feet but missed.

Still, it was a great day and he signed for 64.

Matt Wolff — From Missing In Action To 65:

It’s been basically a horrible year for Matt Wolff, who was considered one of the Tour’s rising stars.  This season he missed the cut at the AmEx, the Honda, The Players and The Masters, where he went 81-78.  So it was a surprise to see him as one of four players in at five-under par 65.  He was joined by Denny McCarthy, Aaron “Two Gloves” Rai and Korn Ferry grad Callam Tarron. Rai has been trending up after playing well at the Zurich Classic.

Rickie Fowler’s been in a slump but showed some life on Thursday.

Rickie Fowler played with Jason Day and started his round with five straight pars.  At the sixth, he lost his tee shot in the high grass right of the fairway.  He had to go back to the front of the tee box and hit his third.  That shot was errant, again to the right but he was able to chop his ball back into the fairway.  Rickie then holed his fifth shot from 134 yards for an incredible bogey.  A birdie at the ninth got him back to even par for the front nine.

Fowler birdied 10 and 13 then drove the green at the 305-yard 14th and holed an eagle putt from 11 feet.  He bogeyed 15 but bounced back and hit his approach to three feet at the 18th to finish with a birdie and a 31 coming home for a four-under par 66.

Sergio Garcia’s Tantrum:  “I Can’t Wait To Leave This Tour!”

Sergio Garcia hit a rotten drive at the par five 10th into a hazard area and found his ball after a lengthy search period.  However, he was informed by a PGA Tour rules official that he had exceeded the time limit allowed under the Rules of Golf. According to Rule 18.2, players have three minutes to search for golf balls, but Garcia was told he’d exceeded that limit by a minute and a half.  “That’s absolute bullshit,” he told the official.

He didn’t stop with that.  Garcia was mad and threw a hissy fit — he could be heard saying:  “I can’t wait to leave this tour.  I can’t wait to get out of here.,” Garcia said before playing his third shot on the par-5 10th hole. “A couple of more weeks and I won’t have to deal with you anymore.”

Rory McIlroy was the overwhelming favorite to win this week.  He played early Thursday and started off on the back nine.  He got off to a nice start with birdie at the 10th but made bogey at 11 when he couldn’t get up and down from a greenside bunker.  His putter got going.  He made birdie from 25-feet at the 12th, three-feet at 13 — made a two-putt birdie at the 14th, holed a 10-footer for birdie at 15.  Then he lost his momentum with a three-putt bogey from 41 feet at the par three 17th.

Rory shot his age — 32 — going out.  But on the front nine he struggled.  He made three pars then pulled his drive into the water left at the par four fourth and that led to a double-bogey six.  He did bounce back with birdies at five and six holing putts from 19-feet and 12-feet.  He parred in for a 35 and kept himself in the hunt with a three-under par round of 67.  But once again, mistakes turned what could have been a great round, into one that was simply okay.

Jason Day played late Thursday, he’ll go out early Friday and the D.C. weather forecast is calling for nearly 100 percent chance of rain in the morning.  Hopefully there won’t be lightning with the expected bad weather.