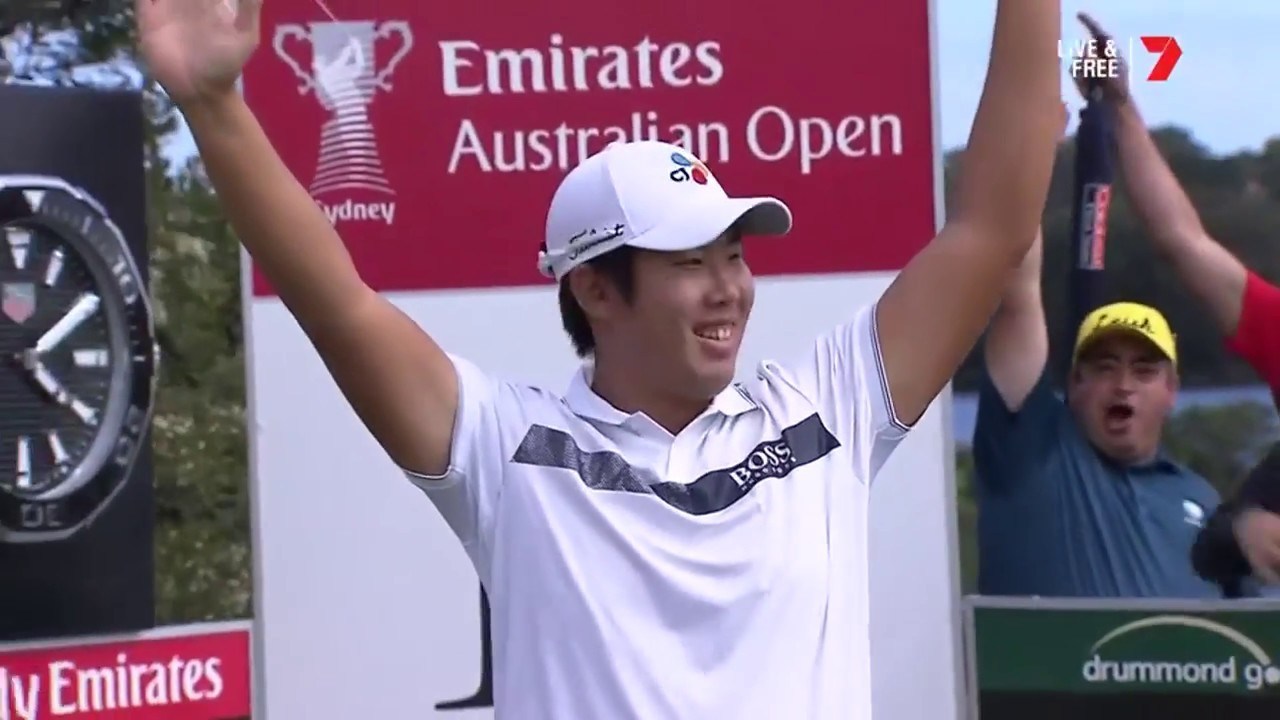 South Korea's Ben An will replace Jason Day for the International team.

Jason Day’s Back Takes Him Out Of Presidents Cup

This is certainly no shocker.

Jason Day’s fragile back has gone out on him again.

Day’s out of this week’s Australian Open in his homeland and it has also taken him out of the International lineup for next week’s Presidents Cup matches at Royal Melbourne.

It’s not like Day’s been tearing things up lately.  His play has been spotty at best.  He tied for 31st at the CJ Cup, finished tied for 22nd at the ZOZO Championship then at Mayakoba, he shot 70-77 and missed the cut.  No doubt that 77 came as a result of his back flaring up again.

International captain Ernie Els got on his cell phone and rang up Byeong Hun (call me Ben) An.  An was elated to get a spot for the International team.  He’s had a good fall showing — tied for sixth at the CJ Cup, tied for eighth at the ZOZO Championship and tied for 14th at the HSBC Champions.

An is currently ranked 43rd in the Official World Golf Rankings.

An is the second South Korean player on the International team.  PGA Tour Rookie Of The Year, Sungjae Im, was chosen by Els when he made his captain’s picks.

“The good news is that there were a number of strong and qualified players available to choose from when I made my captain’s selections,” Els said. “To have someone as steady and talented as Ben An puts us in a great position to succeed. Ben played extremely well this fall and throughout the year and he will fit in nicely on this team.”