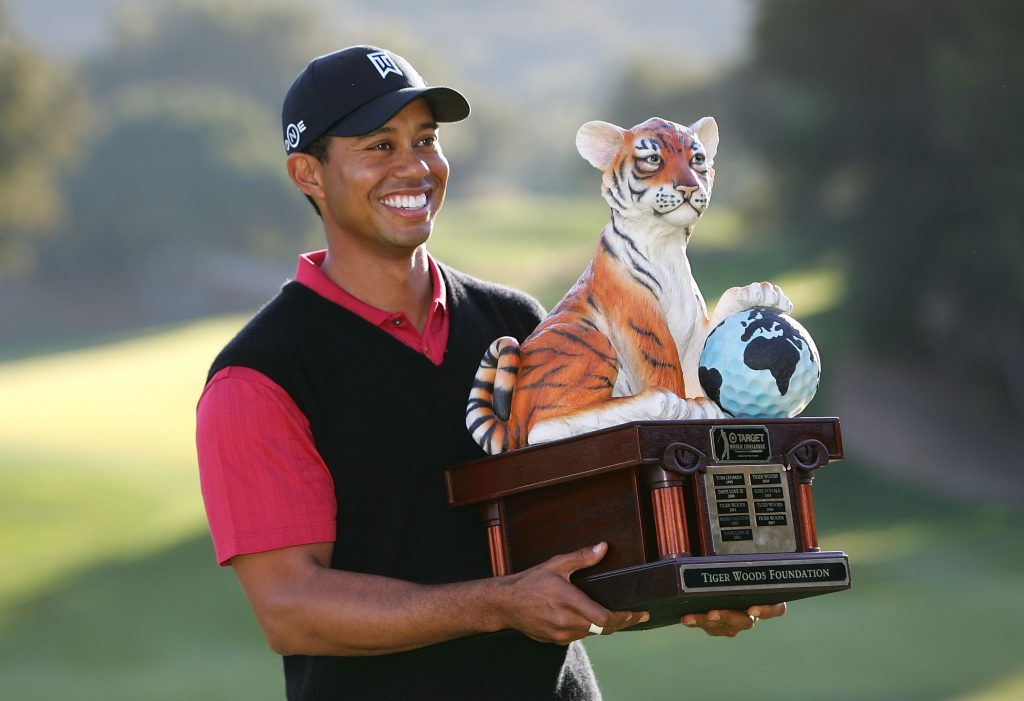 Tiger Woods has won his own event five times.

The last time we saw Tiger Woods he was winning the ZOZO Championship in Japan and in the process, tied Sam Snead’s magical 82-win record.

Like a tiger in the wild, Tiger Woods sightings are rare but its Tiger season for the next two weeks.

Woods will haul the clubs out of his closet and will put himself on display at his own tournament — The Hero World Challenge — down in Albany, a spot in the Bahamas that was spared from the wrath of Hurricane Dorian this past fall.

This invitation-only 18-player field is basically a warm-up for the United States team that will compete in the Presidents Cup matches next week in Australia — minus one big name.

This little tidbit was prepared by D.J.’s PR people:

“After a lot of careful thought and consultation, I have decided that it is in my best interest if I withdraw from next week’s Hero World Challenge.  While my recovery from knee surgery is complete, I feel another week of physical therapy and practice will best prepare me for the Presidents Cup. I have informed Captain Woods of my decision, which he fully supports and understands, and cannot wait to tee it up with him and my teammates next week in Australia.”

Down a man, Tiger made Chez Reavie’s day and invited him to take D.J.’s spot in the field.  After jumping up and down for joy, Chez said “Yes!”

So it’s basically taken a great athlete like Johnson more than 90 days to recoup from a simple knee procedure.  That should scare the heck out of Brooks Koepka, who is still trying to figure out what to do about his torn patella tendon.

As it stands, D.J. will be at Royal Melbourne.  How effective he’ll be remains a question mark.

In the meantime, the rest of Tiger’s team can get in some work over four days at the Albany Resort.  First round play begins on Wednesday with a Saturday finish so the team can make the long flight to Australia.