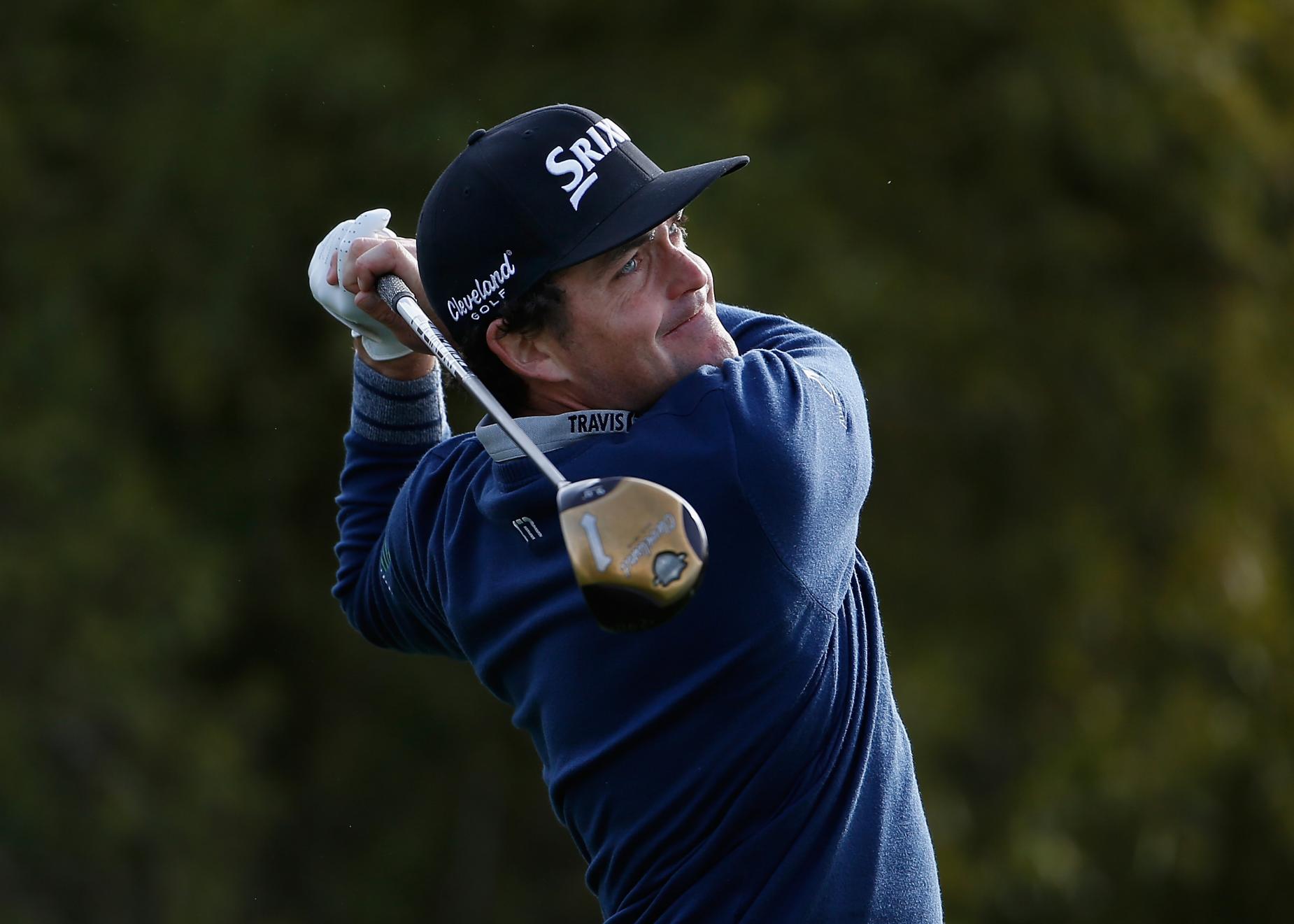 Keegan Bradley shot 67 and leads by two heading into the final round.

Posted By: Tom Edringtonon: May 08, 2022In: PGA Tour NewsNo Comments

It looked like November in Scotland on Saturday at the Wells Fargo — it was cold and rainy at TPC Potomac — and just about everyone’s game went south except for Keegan Bradley.

Jason Day was the 36-hole leader at 10-under par but it didn’t take long for him to begin a day-long implosion starting with back-to-back tee shots in the water at four and five.  They resulted in a triple-bogey followed by a bogey and day lost five shots over three holes, opening the door for anyone else who was up to taking on the conditions.

That proved to be Bradley.  He shot the day’s best round — a three-under par 67 and was happy to get out of the rain.

“I’m so glad I’m done,” the former PGA champion said after signing his card that got him to eight-under for 54-holes — good for a two-shot lead over Max Homa, whose 71 got him solo second at six-under.  “It was miserable out there,” Bradley went on.  “Like a (New England) Patriots playoff game in December.”

In all, there were only four players who managed to break par — Bradley’s effort was the best.  Rory McIlroy shot 68 and put himself in the hunt heading into Sunday.  He’s at two-under, six-behind.  Cam Young and Nick Taylor shot one-under par 69s.  That was it — hardest day thus far on the PGA Tour this season.

By the time Day, the overnight leader, finished — he signed for 79 and fell all the way back to one-under — tied for 13th.

Anirban Lahiri (70) was tied with James Hahn (72) at four-under.  Matt Fitzpatrick (71) was by himself at three-under par.