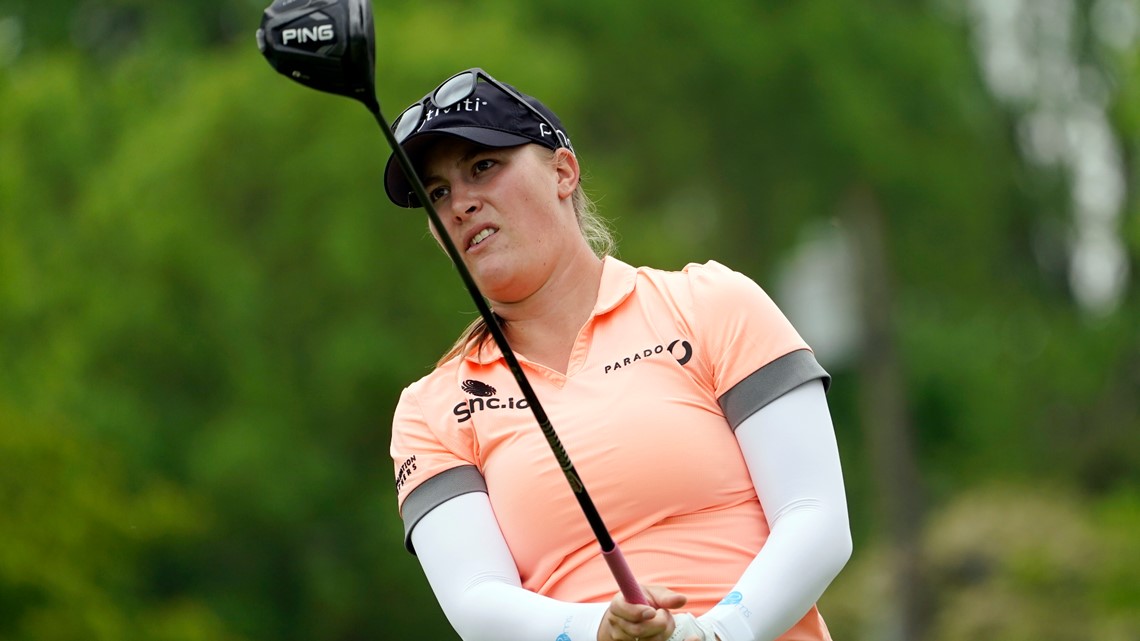 Seventy-two holes were not enough to determine a winner Sunday at the LPGA’s Meijer Classic.

Nelly Korda and Jennifer Kupcho battled head-to-head all day and before they were done, Ireland’s Leona Maguire shot a sizzling seven-under par 65, posted 18-under and waited for the Korda-Kupcho duel to reach the 18th at Blythefield Country Club.

Both players reached the short par five although Korda was just off the putting surface.  She got up-and-down for birdie to tie Kupcho then watched as her playing partner miss a three-footer for the win.

Both finished at 18-under and it was back to 18 tee for Kupcho, Korda and Maguire.

Things looked to be over on the first trip down 18 when Kupcho hit her second shot to three feet with an eight-iron on that first playoff hole, but she lipped out her eagle putt. After a Korda three-putt, Kupcho and Maguire went back to the tee, and it ultimately took a missed short one from Maguire to give Kupcho her second career LPGA Tour victory.

“I thought she was going to make it,” said Kupcho. “When she hit it by the hole and I still had to putt from the fringe I thought to myself, that’s not a gimme because I was just shaking and missed essentially a same-length putt. But then once I made the tap-in, I was already looking at the rules official to go to the next hole. Honestly, it was just a shock. She went to Duke, I went to Wake Forest. Playing with her so much, she doesn’t miss putts. I was really just shocked.”

The women now head for Congressional Country Club for the season’s third major — the Women’s PGA Championship.  Nelly Korda is the defending champion.