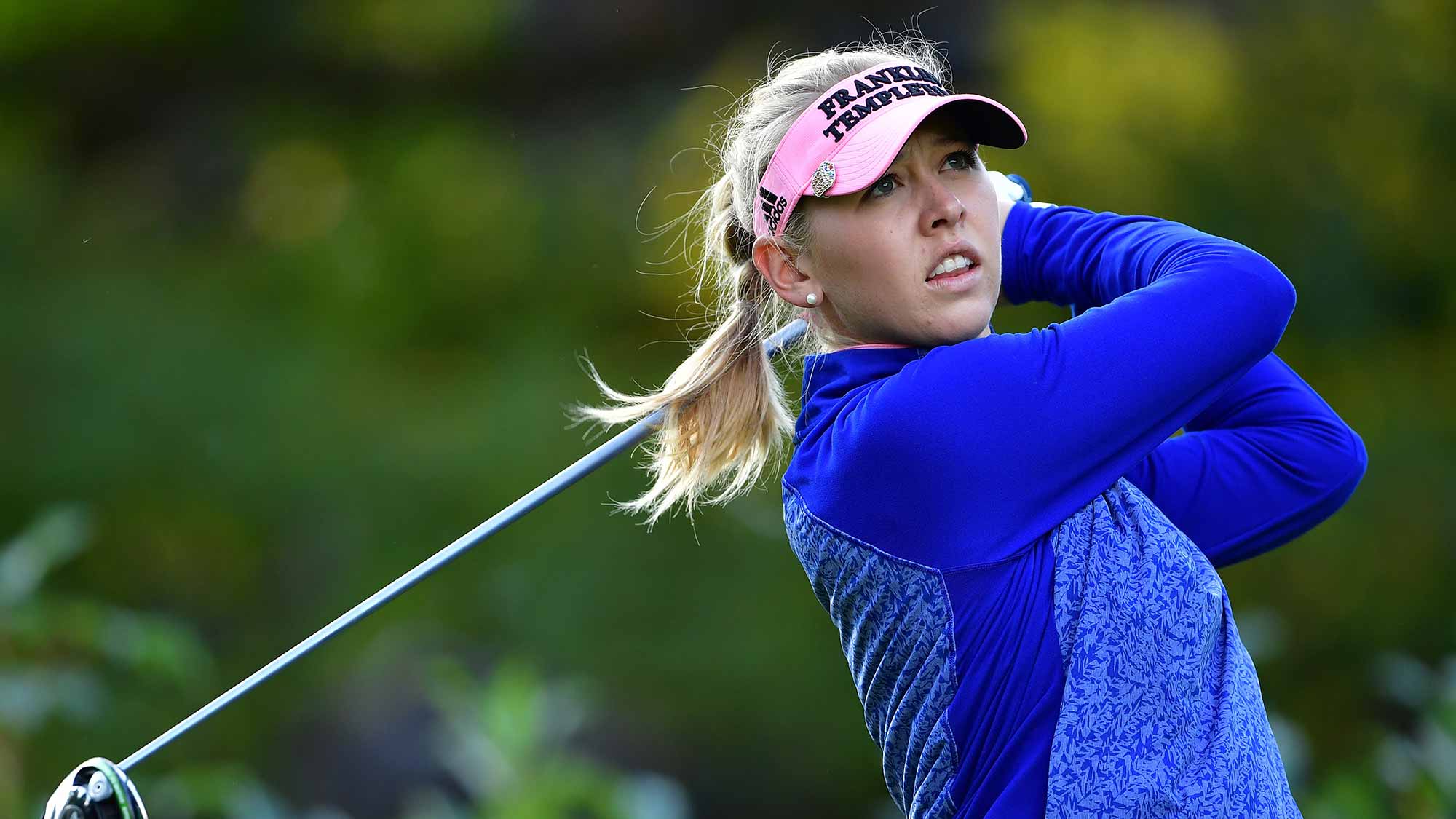 Jessica Korda enjoyed her short commute to work this week.

Jessica Korda Is Better In Boca With Opening 66

Jessica Korda is so used to staying in hotels, she’s a bit out of sorts staying at home this week and playing in the Gainbridge LPGA event in Boca Raton.

She wasn’t out of sorts Thursday during first round play at Boca Tica — she went out and put up a six-under par 66.  She rolled in a 25-footer for birdie at the ninth, her final hole of the day and got into the clubhouse before rains came around 5 p.m.

Korda, who has seen her sister Nelly out-play her over the past season, found her “A” game and she liked the short commute to work.  “It’s beautiful to be able to drive to a tournament; doesn’t happen that often, at least in my own car,” she said after a day that saw her make eight birdies.  ” So yeah, it’s been really nice. And I’m staying at home this week, which is even nicer.”

“It’s kind of weird actually staying at home because I don’t really know what to do,” Korda added.  “It’s not like a hotel room where everything is like everything is in its space and you only bring a certain amount of things.  All of a sudden I have all these options. I don’t really know what to do with that right now, but I’m still trying to prepare the way that I would in the hotel.”

Korda held a two-shot advantage over a trio of players,  including rookie newcomer Patty Tavatanakit from Thailand.  She was elated with her 68.

” I’ve been waiting to come out here for three months, since the start of the offseason, which was kind of stressful,” Tavatanakit said after her debut as an LPGA Tour member. “I was a little intimidated by the idea of the LPGA Tour and being out here, the transition from the Symetra Tour and three rounds to just a different environment, everyone takes it seriously out here. After I cut out those thoughts and focused on what I have to do, it has been working pretty well.”

Nelly Korda’s 71 left her five shots behind her older sister.

Last week’s Tournament Of Champions winner had a championship hangover.  She finished the day with a 78.