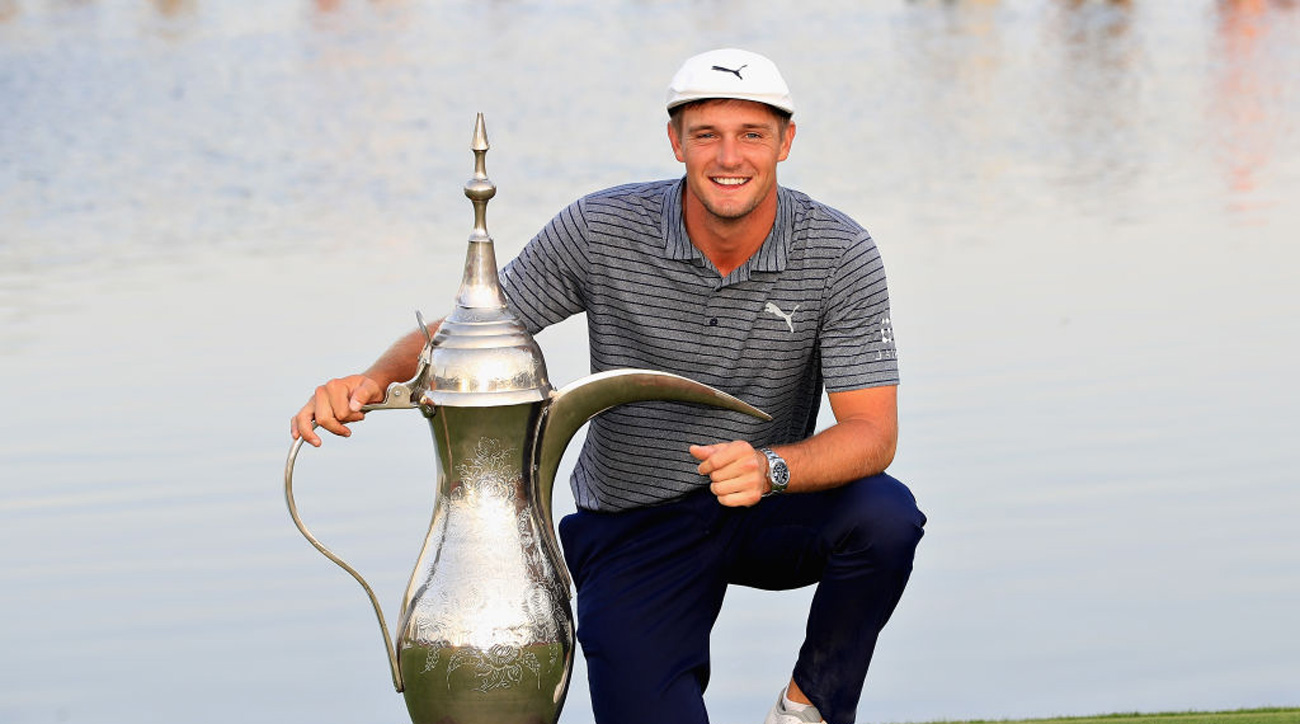 Difficult In Dubai — DeChambeau Won’t Go 24-Under This Week

Rory McIlroy complained last year about too many easy venues on the European Tour.

Evidently, the hierarchy on that circuit heard him.

Last year Bryson DeChambeau shot a whopping 24-under par at the Emirates Golf Club and bagged his first victory on that tour at the Dubai Desert Classic.

The scores in Dubai WILL NOT be that low this week.

They put some teeth into the Emirates layout — higher, tougher rough, narrower fairways and firmer greens.

“This is by far the toughest I’ve ever seen it,” said veteran Louie Oosthuizen, who has been playing this event since 2004 and shot 1-under 71 in the first round. “The fairways are tight. The rough is close to U.S. Open standard, and the greens are rock hard.”

DeChambeau clipped him by a shot with a two-under par effort.  “My iron and wedge play was impeccable,” DeChambeau said.  “The driver is still a work in progress.”  DeChambeau did say that he’s bombing his drives, many in the 350-yard range but too many found the deep rough on Thursday.

One player who managed the tougher course was Belgium Bomber Thomas Pieters.  Pieters overcame a double-bogey, bogey start with eight birdies over his final 16 holes and his five-under par 67 put him at the top of the leader board.

American David Lipsky, who plays the European circuit full-time, was a shot behind and alone at 68.

Last week’s winner, Lee Westwood, was suffering from the old winner’s hangover.  Westwood had a long day and finished with a six-over par 78.  Tommy Fleetwood, who finished a shot short of Westwood last week in Abu Dhabi, wasn’t much better.  Tommy shot 75 and both are on the wrong side of the projected cutline.