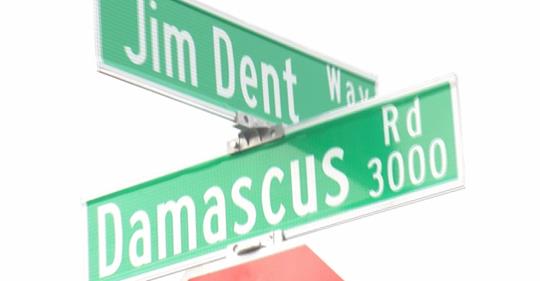 Jim Dent now has a street named after him in his hometown of Augusta.

Jim Dent turned 81 in May.  He’s been retired from the Champions Tour for a while and he received an honor recently in his hometown of Augusta, Ga.

He now has a street named after him — Jim Dent Way.

Dent, who used to caddie at Augusta National Golf Club, never played in The Masters but after his regular PGA Tour career, he excelled on the Champions Tour with 12 victories there.

These days he can been seen at Rogers Park in Tampa, delivering some swing and game wisdom to young, aspiring players.

He’s a popular figure out there and still has that marvelous, long silky swing.

The rumbling have gotten so loud that it sounds like a given that the 2020 Ryder Cup will be postponed.

Will the PGA Of America and the European Tour take a bit of that ultra-bitter fruit this week?

As we move into July, it’s becoming obvious that if there was going to be a Ryder Cup, things would have to be in motion by now.

With five players from the PGA Tour testing positive for COVID-19, it appears that it would be a logistical nightmare to try and pull off this 2020 Ryder Cup.

Add the fact that this is one event that simply doesn’t translate without thousands of fans on site, screaming their collective heads off as they cheer for their respective countries.

Dustin Johnson Jumps Back To Third In World Rankings:

Obviously Dustin Johnson wasn’t thrilled to drop out of the Top 10 in the Official World Golf Rankings before last week.

Rory McIlroy still checks in at the No. 1 spot followed by Jon Rahm and then D.J.  Justin Thomas is No. 4 while Brooks Koepka is fifth.  Webb Simpson is No. 6 followed by Patrick Reed (seventh), Adam Scott (eighth), Pat Cantlay (ninth) and Bryson DeChambeau getting into the top 10.

At the start of last week’s Utah Championship, Daniel Summerhays basically announced he would retire from golf to teach and coach on the high school level.  Then he nearly wins the event, losing in a playoff to eventual champion Kyle Jones.

Now it seems Summerhays may reconsider that “retirement” stuff:

“It would’ve been unbelievable to take the trophy home and to have one more,” Summerhays said. “We’ll have a little family meeting and we’ll evaluate how I want to see the rest of the summer go and what we’re doing.”

Scratch a trip to Canada for the LPGA.

The CP Women’s Open won’t be played in September.  Yet another LPGA event, 13 in all, has been scratched due to COVID-19.