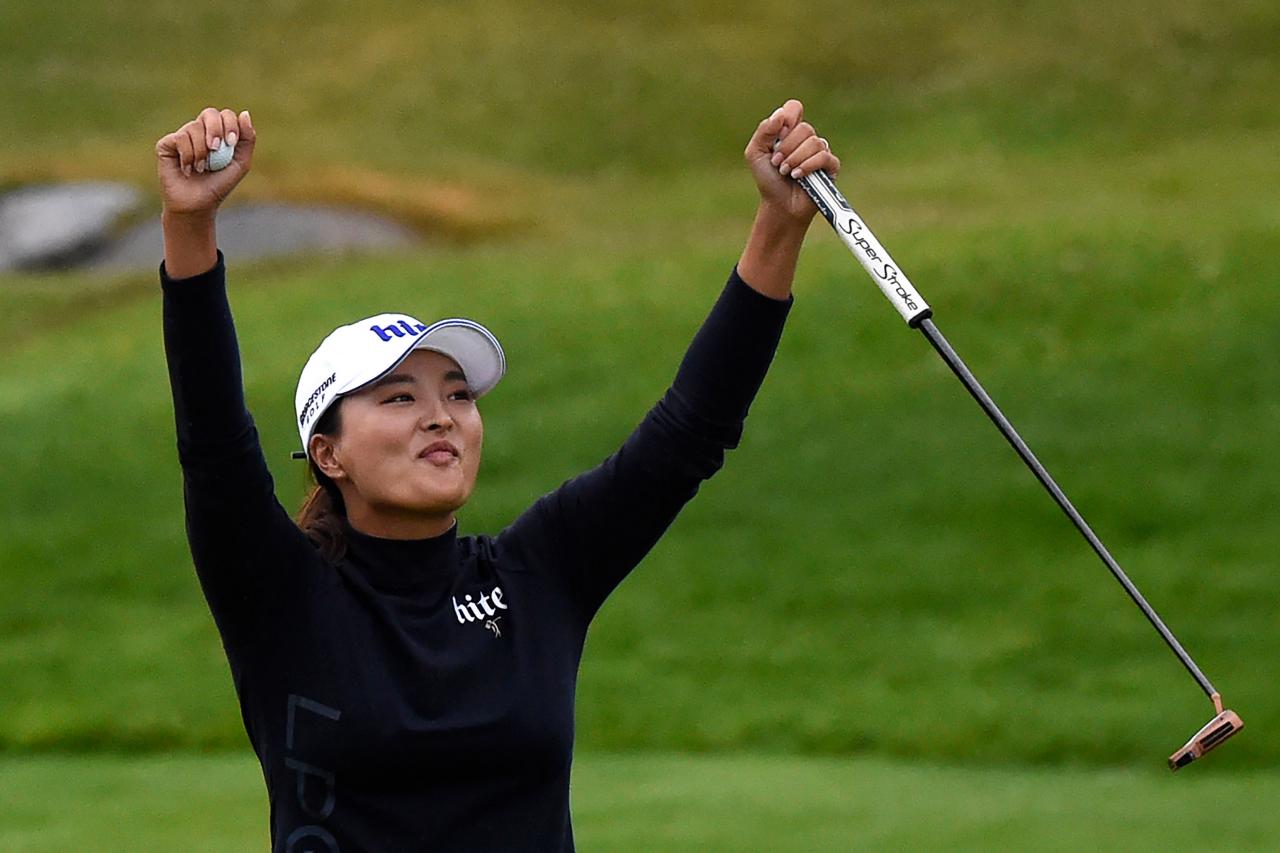 The world's No. 2 picked up her ninth LPGA Tour victory.

Posted By: Tom Edringtonon: September 20, 2021In: In Other News...No Comments

Jin Young Ko did what she was favored to do Sunday and that was the matter of putting the finishing touches on a victory at the LPGA Tour’s Cambia Portland Classic.

Ko out-classed the rest of the field and won the rain-shortened event at the Oregon Golf club with a closing 69 that gave her an 11-under par total and an easy, four-shot victory for her ninth LPGA Tour win.

She took a break after the Olympics, skipping the major Women’s British Open.

Ko opened with a 69 on Thursday and took the lead after 36-holes with a Friday 67.  After the Saturday washout, she made her way through the damp conditions over the final 18 as the field played lift-clean-and-place in the fairways.

The time off paid handsomely as Ko moved a bit closer to world No. 1 Nellie Korda, who skipped this event.  Brooke Henderson, the only other player in the world’s top 10, finished tied for 38th at three-over par.

Kristoffer Broberg of Sweden proved on Sunday that an eight-shot lead was almost not enough at the Dutch Open.

After shooting 61 on Saturday at Bernarden Golf outside the Dutch capitol city of Cromvoirt, Broberg stakes himself an eight-shot lead over Matthiase Schmid heading into the final round.

After some sloppy play, Broberg’s lead was down to a couple of shots with six holes to play but he pulled himself together, shot an even-par round of 72 and his 24-under total edged Schmid by two shots by day’s end.

It was Broberg’s second win on the European Tour, his first since the 2015 BMW Masters.

A brave and battling level par 72, which contained three birdies, three bogeys and some very important par saves, was enough to see Broberg return to the winner’s circle for the first time since November 2015 when he won the BMW Masters.

“It feels good. I broke down on the 18th but it’s been six years of hell,” Broberg explained.  “Three different surgeries on my left side but now I’m starting to get back where I’m supposed to be. The first few days I played really good.  Today I was struggling like I was in the off-season.  I thought my eight shot lead would be enough today, but Matthias played some really beautiful golf.

“It’s been a nightmare (over the last six years). I was so close to quitting, it’s been so —  I don’t know the word for it, but it’s been a tough time. This is way bigger (than his last win in 2015), more emotions.  It’s going to be a game changer. I’ll get into bigger events and can plan my schedule a little bit. Before this I was at home for a month. I didn’t know where the game was, but it was good enough.”