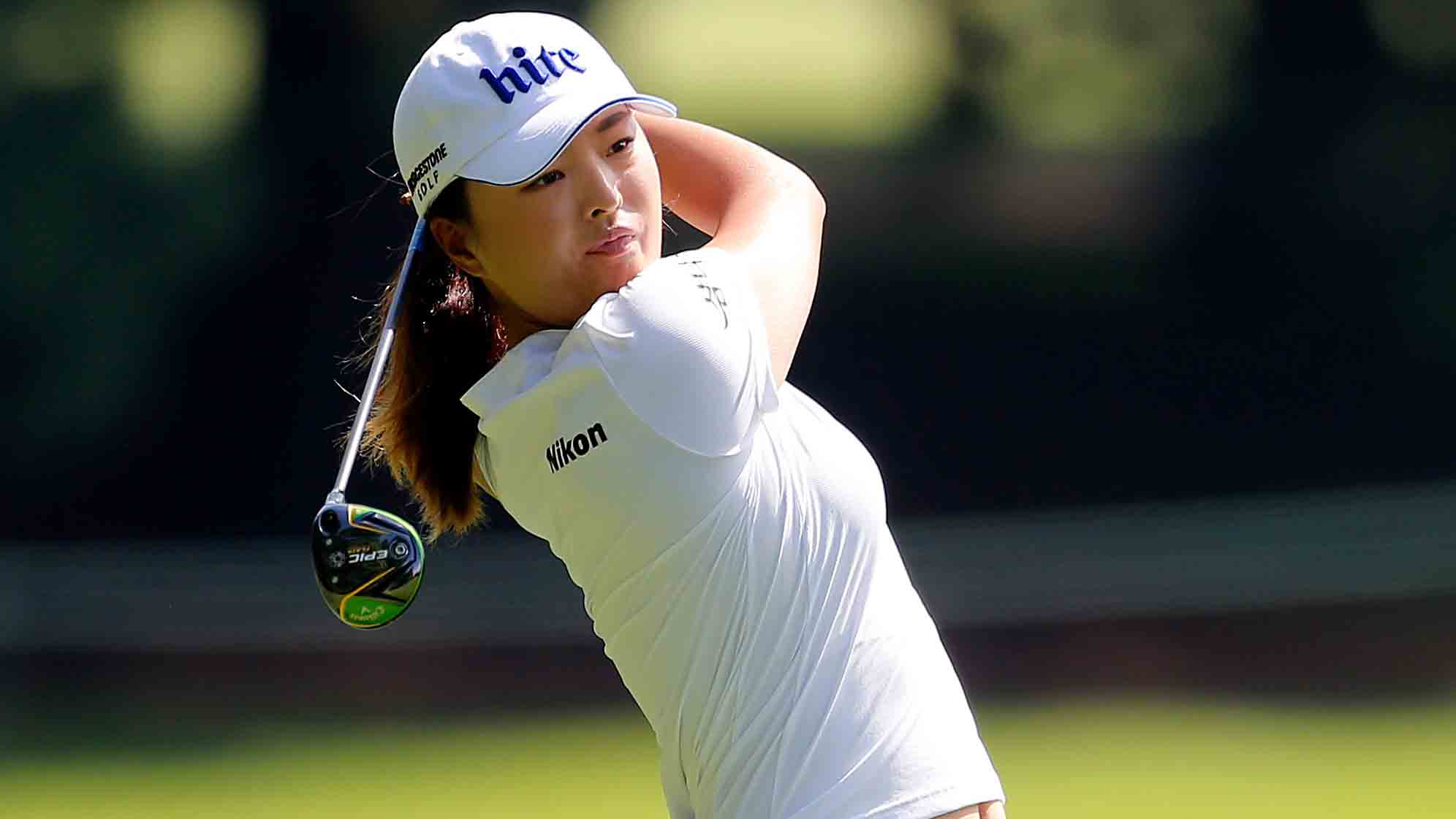 Jin Young Ko tied Annika Sorenstam’s record of 14 straight rounds in the 60s — there would not be a 15th at the BMW Ladies Championship in South Korea.

“I was able to tie with Annika and So Yeon because I worked hard every moment and I gave it my best every hole and every shot,” Ko said. “This in itself is really meaningful, and really 14 consecutive rounds in the 60s is not easy. I worked hard a lot, and also you need a bit of luck as well.”

First round leader was South Korea’s leader Na Rin An, who shot 64.  In Gee Chun and Ju Young Pak had 65s and were tied for second.

American Danielle Kang, whose father was born in Busan, shot 66 and was in a group tied for fourth.