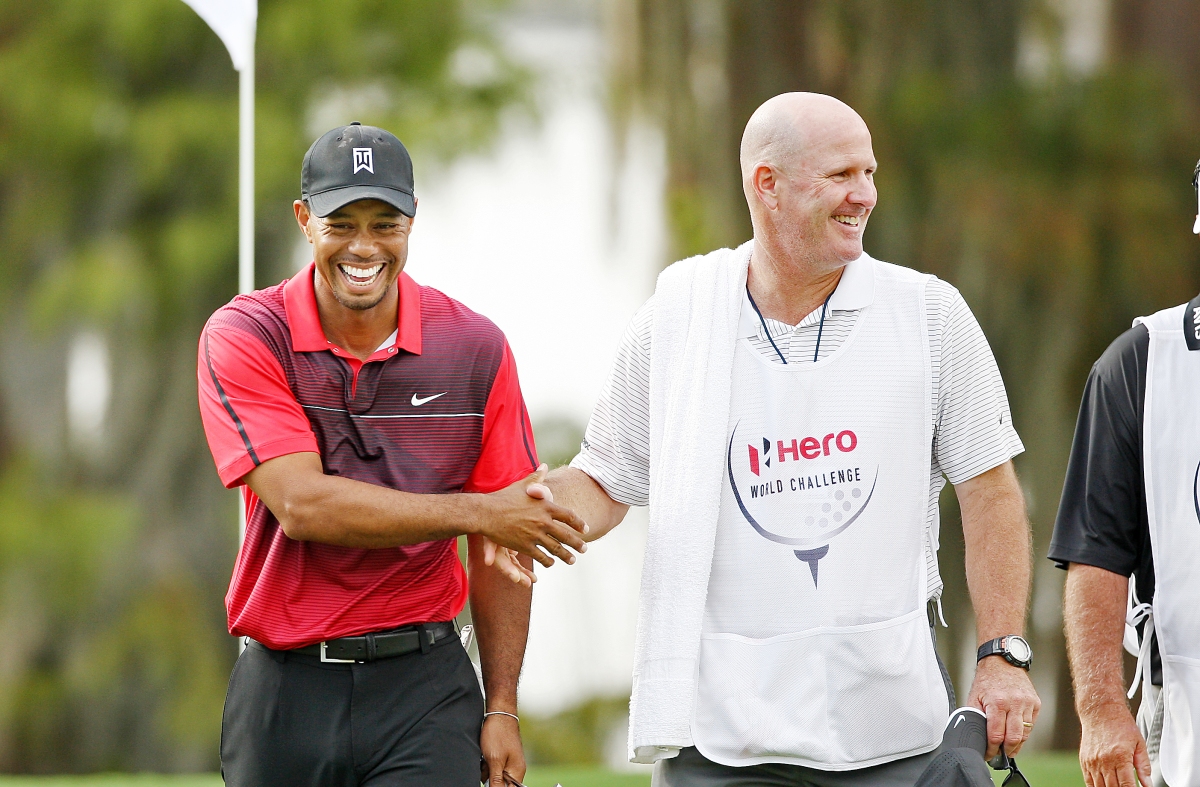 Joe LaCava doesn't think his boss will play in any majors in 2022.

No one sees Tiger Woods more up close and personal than his faithful looper — Joe LaCava.

With Tiger on the mend for most of 2021 from that horrific car accident last February, LaCava has waited patiently on the sidelines.

It was another season of little-to-no activity for LaCava, who was supposed to be his 11th year caddying for Woods, dating back to the fall of 2011.  If you recall, Tiger asked Joey, who was looping for Dustin Johnson at the time, if LaCava might consider toting the Monster Energy bag.

It was worth it for LaCava to be on the bag for Tiger’s 15th major championship victory at the 2019 Masters.

Woods was once again rehabbing from back surgery at the end of 2020 then came the February disaster.

LaCava spent two weeks with Tiger in Jupiter this past year.  A week in April and another in late July.  Joe wanted to give some simple friendship and support. For the April visit, Woods was more or less bedridden, with very little mobility at that point.  Joe stretched his legs a bit last season.  He caddied twice for his old boss, Fred Couples, on the Champions Tour.  LaCava was an emergency replacement caddie for Patrick Cantlay at the Northern Trust.

Then came the big announcement that Tiger would play with son Charlie at the PNC Championship.  Joe showed up for Tiger and his son looped once again for Charlie.

LaCava spoke on a podcast the week after.

“Obviously, physically you can see he’s in a lot of pain.  He’s not even close to being there yet, to be able to walk a golf course and play at that level.  But in terms of the golf, not all bad. He doesn’t have the speed and the strength back yet.  J.T. ([Justin Thomas)  was hitting it 30, 40 (yards) past him at times.  But I think that’ll come when he gets some of his stamina back.”

Then LaCava dropped a bomb when asked about Tiger’s return.  He said it was nothing more than a guess but he expected the total time for Tiger’s return, post-accident, would be 18 months.

That would take Woods into August and he’d miss all four majors in the 2022 season.

But then again, LaCava, knowing Tiger, qualified his guess with the old “Who knows?” question.

And that’s probably the best observation LaCava made.

At this point, perhaps even Tiger doesn’t know for sure.